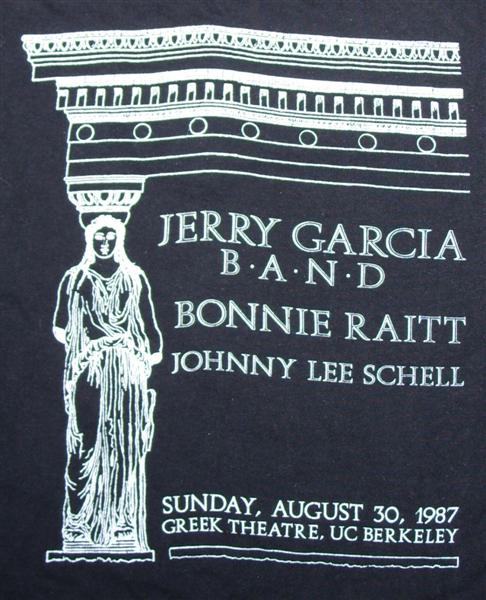 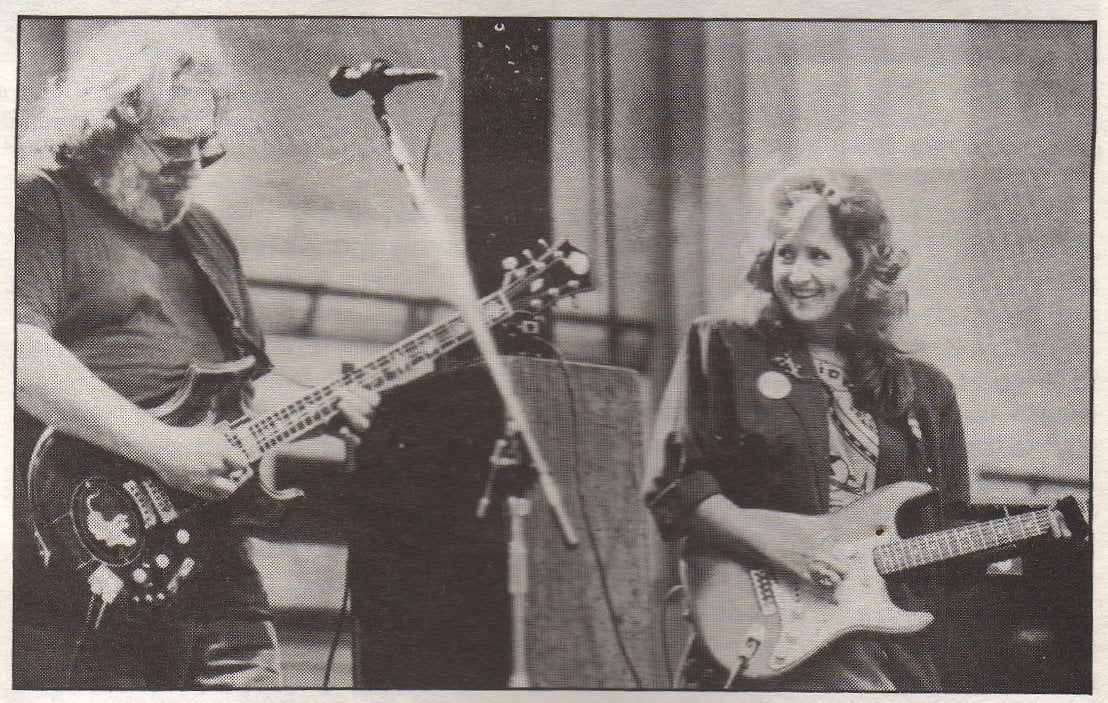 The Keystone Berkeley had closed in 1984, and the Keystone Palo Alto in 1986. The Stone in San Francisco would remain open for a few more years under Herrera ownership, but Garcia had simply outgrown the venue, and his last show there was May 31, 1987. The migration by Garcia to the BGP empire can now be seen as significant, but at the time it just seemed practical. On Halloween 1986, the Jerry Garcia Band and Kingfish with Bob Weir had played the Henry J. Kaiser Convention Center, the first JGB concert in Keystone territory (San Francisco, Alameda County or Palo Alto) in a while. Now, of course, we can see it as the shape of things to come.

The Jerry Garcia Acoustic Band had played a benefit at the Fillmore on March 18, 1987. According to legend, this led to the conversation between Graham and Garcia where Jerry told Bill “take us to Broadway”, and The Jerry Garcia Band ended up playing two weeks at the Lunt-Fontanne Theater in October 1987. The Garcia Band debuted at The Warfield in November of that year, and from then on all Bay Area Garcia shows were BGP events. In August of 1987, the Jerry Garcia Band headlined the Greek Theater at UC Berkeley. Now, we can see it as part of a pattern of Bill Graham taking over the promotion of Garcia Band California shows. At the time, however, it just seemed like a welcome and cool event, and it certainly was that.

The Grateful Dead had been playing a three day weekend run at the Greek Theater since 1981, and the shows were one of the highlights of the Grateful Dead year. The Greek Theater and Frost Amphitheater are the two best venues in the Bay Area of any appreciable size, and by the late 1980s people would come from all over the country and the world for the Greek shows. Tickets were impossible, and the crowds outside the Greek were so large, that they would broadcast the shows on the local radio (KPFA-fm) in order to discourage people from coming to the venue. The Dead had played June 19-21, 1987 to the usual rapturous reception, but by that time I had given up on the whole ruckus and passed on going. Like many people, when I found out that there would be a single Garcia Band show, without all the out-of-towners, it seemed like an early Christmas gift.

Intriguingly, the 1987 Greek Theater show was going to be opened by Bonnie Raitt. I had many of her albums and had always wanted to see her, and here she was opening a show I was going to see anyway. It’s interesting to consider the implications of Bonnie Raitt sharing the bill with Jerry Garcia. In Summer 1987, the 7500-capacity Greek Theater was a big step up for Garcia in the Bay Area. In the Bay Area, the Grateful Dead and Jerry Garcia had played so regularly, that there was no excitement associated with a JGB concert. I don’t think that Bonnie Raitt’s presence was necessarily selling more tickets to a Garcia show, per se, but her presence made a lot of people think “I should go to this Garcia show, even if I just saw the Dead or Jerry earlier this year.” It worked, as the show was sold out as far as I know, and we were blessed with beautiful Sunday afternoon weather as well.

By 1987, Bonnie Raitt was in a down cycle in her career. She had been dropped by Warner Brothers Records a few years earlier, for whom she had been recording since 1971. Bonnie had sold some albums, had a following and got played on FM radio, but she hadn’t crossed over into the promised land like Stevie Nicks, so Warners had simply dropped her. Without label support, Bonnie was making her money by touring, but she was only traveling with her bass player Johnnie Schell instead of with an entire band. Although one rarely associates Bonnie Raitt with the Grateful Dead, here she was in a comparable economic position to where the Dead had been on many occasions, with just touring revenues keeping them going.

Whatever her professional travails, Bonnie was absolutely terrific onstage at the Greek. Befitting her status, she played a full set of over an hour. Although she was just playing with a bass player (Schell), Bonnie’s singing and smoking electric slide guitar filled up the pseudo-classical bowl very well. The crowd was extremely enthusiastic as Bonnie played many of her best known songs and a variety of other tunes. Of course, she was an experienced performer. At one point, Bonnie pointed at her yellow and purple clothes, striking in counterpoint to her truly spectacular red hair, and engagingly asked “hey, do you like my outfit?” The crowd roared its approval, and she drily commented “I heard you guys liked looking at different colors.” We all ate it up.

The Jerry Garcia Band eventually came on and played a relaxed but excellent first set. After the requisite break, Jerry and the band returned with Bonnie, still resplendent in yellow and purple. There was a fair amount of knowledge circulating about the Garcia Band by this time, and the fact was that guests with the JGB were quite rare. The few guest appearances with the JGB that were known generally involved well-connected compadres like Bob Weir or Lee Oskar. The JGB wasn’t designed as a jamming vehicle like the Garcia/Saunders band. Yet here was Garcia’s opening act, not socially connected to Garcia at all, plugging in onstage. The Greek Theater show had now gone from a fun show to an actual event.

Jerry and Bonnie opened with a powerful version of Jimmy McCracklin’s “Think” (“What would we do later on/Just in case we both were wrong”). It was a cool, obscure song, relatively, perfect for Bonnie but absolutely hip. Bonnie sang along on the choruses and played some nice slide counterpoint to Jerry’s lead. This wasn’t token. Even if they hadn’t rehearsed–I’d be stunned if they actually had–they had at least discussed what to play and come up with something cool. Bonnie and Jerry followed with a version of Bob Dylan’s “Knocking On Heaven’s Door,” certainly a classic, but not a song whose arrangement I liked, since even I found the tempo just too slow. Still, it was a good choice for Bonnie and Jerry to sing and trade licks, and both of them were clearly enjoying themselves. Bonnie left the stage after that, but it really made the concert special, setting it apart from all those nights at the Keystone Berkeley.

Here’s the audio of the songs with Bonnie Raitt!