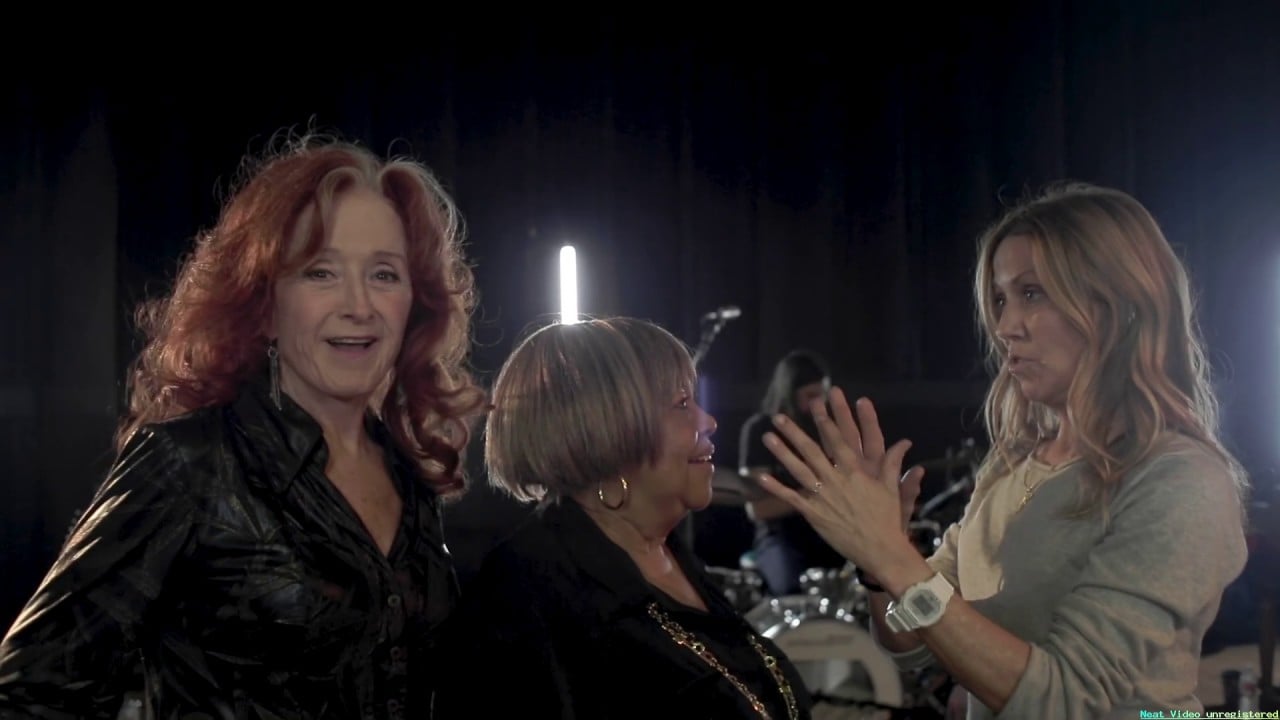 Sheryl Crow intends to make music for years to come. What she doesn’t plan to do is release albums. The 57-year-old Missouri native believes that the changing marketplace renders the idea of conceptualizing — and spending money and time on — a full-length project an unworthy investment. So the nine-time Grammy winner is getting by with a little help from a lot of her friends on an epic duets collection.

Slated for release later this summer, Threads will feature 17 tracks chock-full of collaborators, including longtime pals like Don Henley, Keith Richards, and Stevie Nicks, and newer musical partners like Jason Isbell, Chris Stapleton, and Maren Morris. Last month, she released a posthumous duet with Johnny Cash, a haunting, and timely, reworking of her 1996 track “Redemption Day.”

Crow recently sat down in Cash’s recording studio cabin outside Nashville to discuss the next song to be unveiled, “Live Wire,” featuring Rock & Roll Hall of Famers Bonnie Raitt and Mavis Staples.

As one might expect from that killer combo, the track — premiering today on EW — is a swampy, down and dirty, blues-tinged rocker with an infectious pop melody about contending with a lover who drives you crazy but you just can’t quit. The tune is deftly embellished by Raitt’s signature slide guitar and Staples’ soulfully husky vocals.

“Those two ladies may as well be sisters from a different mother,” says Crow of her partners in rhyme. “First of all, they’re very close and Mavis has inspired Bonnie in so many ways. And both those women have been a huge inspiration for me. I saw Bonnie when I was 13, and seeing a woman playing the slide guitar basically set me on the course. I have not been able to play slide, but I wouldn’t be playing the guitar without her. And I was a giant fan of [the legendary Band concert film] The Last Waltz, and so I got turned onto the Staple Singers through that documentary. There’s just no other voice like Mavis Staples.”

Another bonus of working with Staples: There was no shortage of laughs. “We had a ball,” says Crow with a grin. “She is one of the funniest ladies I know. I asked her if she slept good the night before and she said, ‘Honey, I made a fool out of that bed.’”