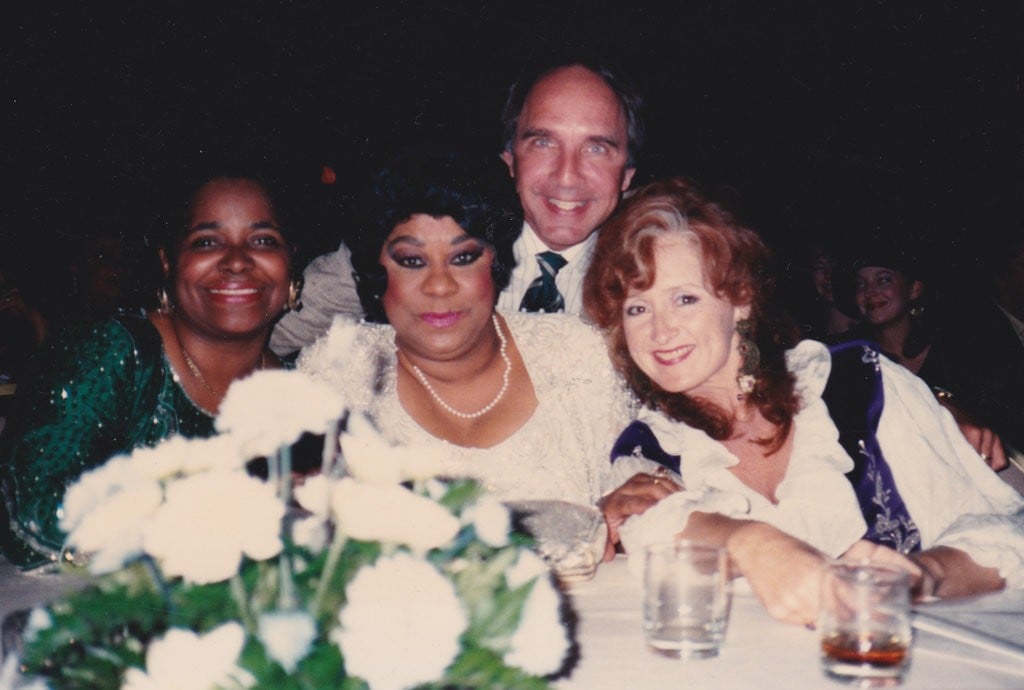 Howell Begle, a Washington lawyer who found a second career crusading on behalf of underpaid black R&B stars of the 1950s and ’60s, leading to industrywide royalty reform and the creation of the charitable Rhythm & Blues Foundation, died on Dec. 30 at a hospital in Lebanon, N.H. He was 74.

His wife, Julie Eilber, said the cause was injuries he sustained in a skiing accident on Dec. 24.

Mr. Begle (rhymes with eagle) was a successful corporate lawyer with a specialty in media mergers and a roster of high-profile arts clients, like the Kennedy Center, when, in 1982, a friend encouraged him to meet Ruth Brown, the singer of 1950s R&B classics like “Teardrops From My Eyes” and “(Mama) He Treats Your Daughter Mean.”

A lifelong fan of Ms. Brown’s music, Mr. Begle met her after a performance and brought along some records for her to sign. When she told Mr. Begle that she had not received any royalties in decades, he said he would look into the problem.

Ms. Brown had spent years trying to recover royalties from her former record company, Atlantic. One of the label’s earliest and biggest stars, she was so associated with Atlantic that it was sometimes called “the house that Ruth built.” But she had not been paid since leaving the label in the early 1960s. In the fallow years of her career, she had worked as a maid and a bus driver.

Howell Begle with, from left, the singers Carla Thomas, Ruth Brown and Bonnie Raitt at an awards show in Memphis in 1990. Ms. Raitt said that Mr. Begle’s “dedication and tenacity in fighting for royalty reform” made him “a hero.” © Julie Eilber

Like most artists of her generation, Ms. Brown had signed contracts with very low royalty rates — hers was 5 percent, compared with a standard of about 15 percent today. Many of those artists, particularly black ones in genres like blues and R&B, were further exploited through shoddy bookkeeping and questionable business practices. Excessive expenses were often charged against artists’ accounts, leaving them eternally indebted to their labels and therefore ineligible for royalties.

Digging through the accounts of Ms. Brown and other Atlantic artists, including the Coasters, the Drifters and Big Joe Turner, Mr. Begle found further problems. Since 1969, for example, the label had simply stopped mailing quarterly statements, although they were contractually required to. For a 1985 Atlantic R&B compilation, Ms. Brown and Mr. Turner’s accounts had been charged for new mastering, editing and mixing expenses. 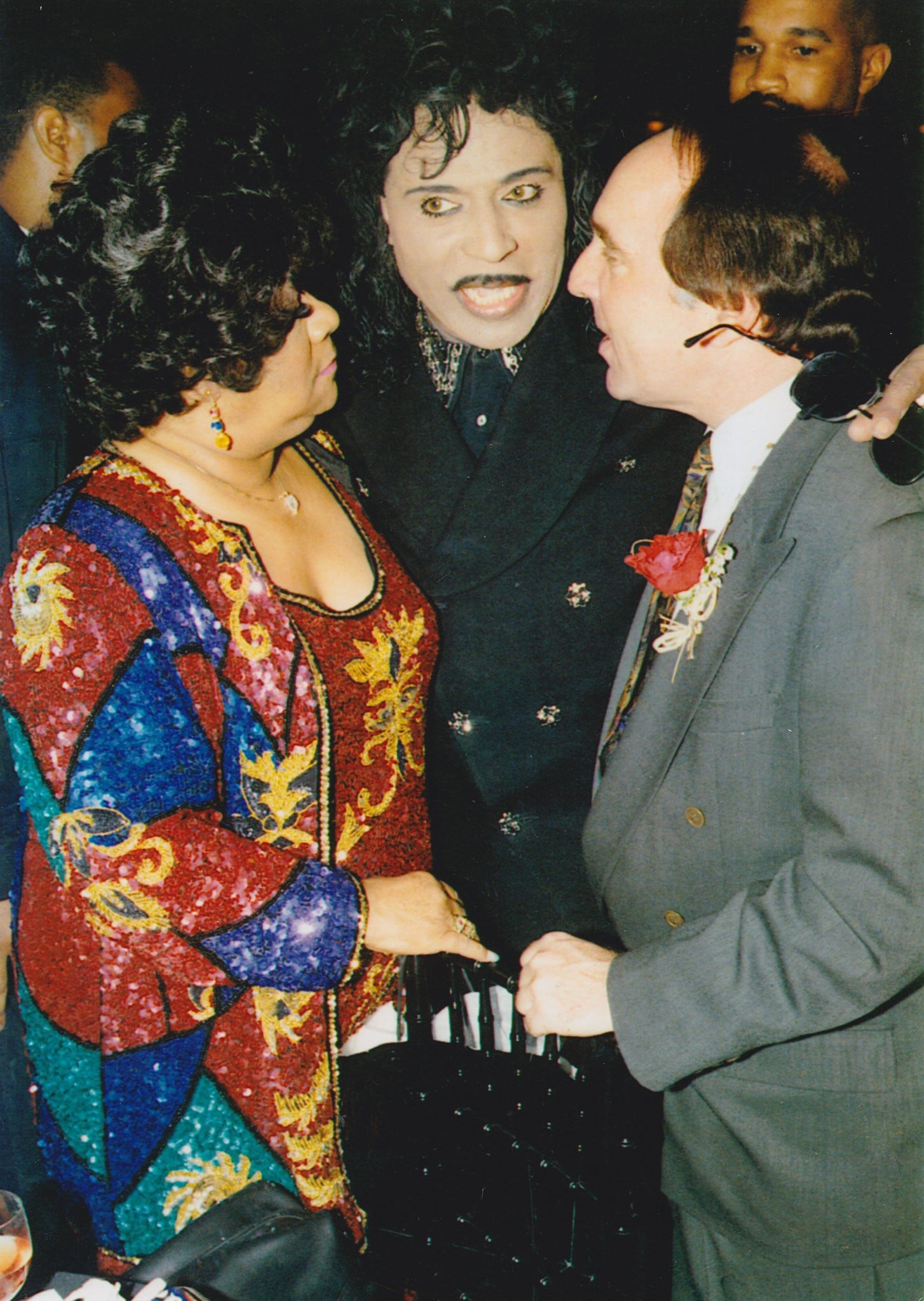 Such practices were widespread, but Atlantic was a vulnerable target. Ahmet Ertegun, the most prominent of the label’s founders, was revered in the industry and had a reputation for treating artists well. Ms. Brown’s case threatened to undermine that.

As a seasoned Washington insider, Mr. Begle also knew how to pressure Atlantic and its parent company, Warner Communications. Ms. Brown testified before a congressional panel and was interviewed by a sympathetic Meredith Vieira on “West 57th,” a CBS newsmagazine. In 1986, Steve Ross, the chief executive of Warner Communications, met with Mr. Begle and the Rev. Jesse Jackson.

Throughout this campaign, Mr. Begle considered Ms. Brown his most valuable weapon.

“I truly believed in Ruth because this woman was tough as nails,” he was quoted as saying in “The Last Sultan: The Life and Times of Ahmet Ertegun,” a 2011 biography by Robert Greenfield. “I knew I could trust her, and I believe Atlantic knew she was not going to be bought off.”

Mr. Begle did his work pro bono; his firm, Verner, Liipfert, Bernhard, McPherson and Hand, wrote off at least $60,000 in expenses. Both Ruth Brown and Ahmet Ertegun died in 2006.

In 1988, as pressure mounted on Mr. Ertegun leading up to the celebration of Atlantic’s 40th anniversary, the label announced that it would waive the unrecouped debts and recalculate royalties for Ms. Brown and others of its R&B artists back to 1970. (Files were incomplete before that date, the company said.) Ms. Brown received her first royalty payment in 28 years, for about $20,000.

A donation from Atlantic of nearly $2 million that year helped create the Rhythm & Blues Foundation, which gives grants to artists in need. Mr. Begle was its first executive director.

The singer-songwriter Bonnie Raitt, a founding board member of the foundation, said in a statement, “Howell’s dedication and tenacity in fighting for royalty reform and recognition for the whole generation of pioneer R&B artists who were denied both in the measure they deserve will always make him a hero to me.”

Howell Edward Begle Jr. was born in Detroit on Jan. 4, 1944. After his parents divorced, he moved with his mother, Lucille, to Scottsdale, Ariz., and later to Stuart, Fla. He graduated from the University of the South, in Sewanee, Tenn., in 1965 with a degree in political science. His wife said he had fed his love of R&B at wild parties on the campus, where bands like Doug Clark and the Hot Nuts performed.

Mr. Begle received a law degree from the University of Michigan in 1968 and was soon drafted into the Army. He was commissioned a captain despite having no military education. Stationed in Okinawa, he worked in the Judge Advocate General’s Corps, the military law division. While there he also booked concerts by acts like Ike and Tina Turner.

He moved to Washington and joined Verner, Liipfert after leaving the Army in 1973, becoming a partner.

In later years he operated his own firm, Howell Begle and Associates, based at his home in Boston. He continued to represent the Kennedy Center for its annual honors event, as well as the American Film Institute and the Academy Awards, clearing the rights to film clips for the Oscars broadcast.

Besides his wife, his survivors include three sons, Mark, Matthew and Charles; a daughter, Kristin Edwards; a sister, Cathy Deggeller; and three grandchildren.

In a 1990 interview with Rolling Stone, Ms. Brown said that in the midst of her battle with Atlantic, Mr. Ertegun once visited her backstage while she was performing in the Off Broadway show “Staggerlee.” They embraced, and he told her that “everything’s going to be all right,” that he would never let anything happen to her.

Then, Ms. Brown recalled, before Mr. Ertegun left, he added, “You know, Ruth, you got a good lawyer.”

by: OffBeat StaffFans of the New Orleans Jazz & Heritage Festival will be treated to a half-century’s worth of live

Mickey Hart, Jackson Browne & Bonnie Raitt Aboard For Sing Out For Seva 2019 Benefit

The Seva Foundation will celebrate its 40th anniversary with an all-star concert on January 12, at the Fox Theatre in