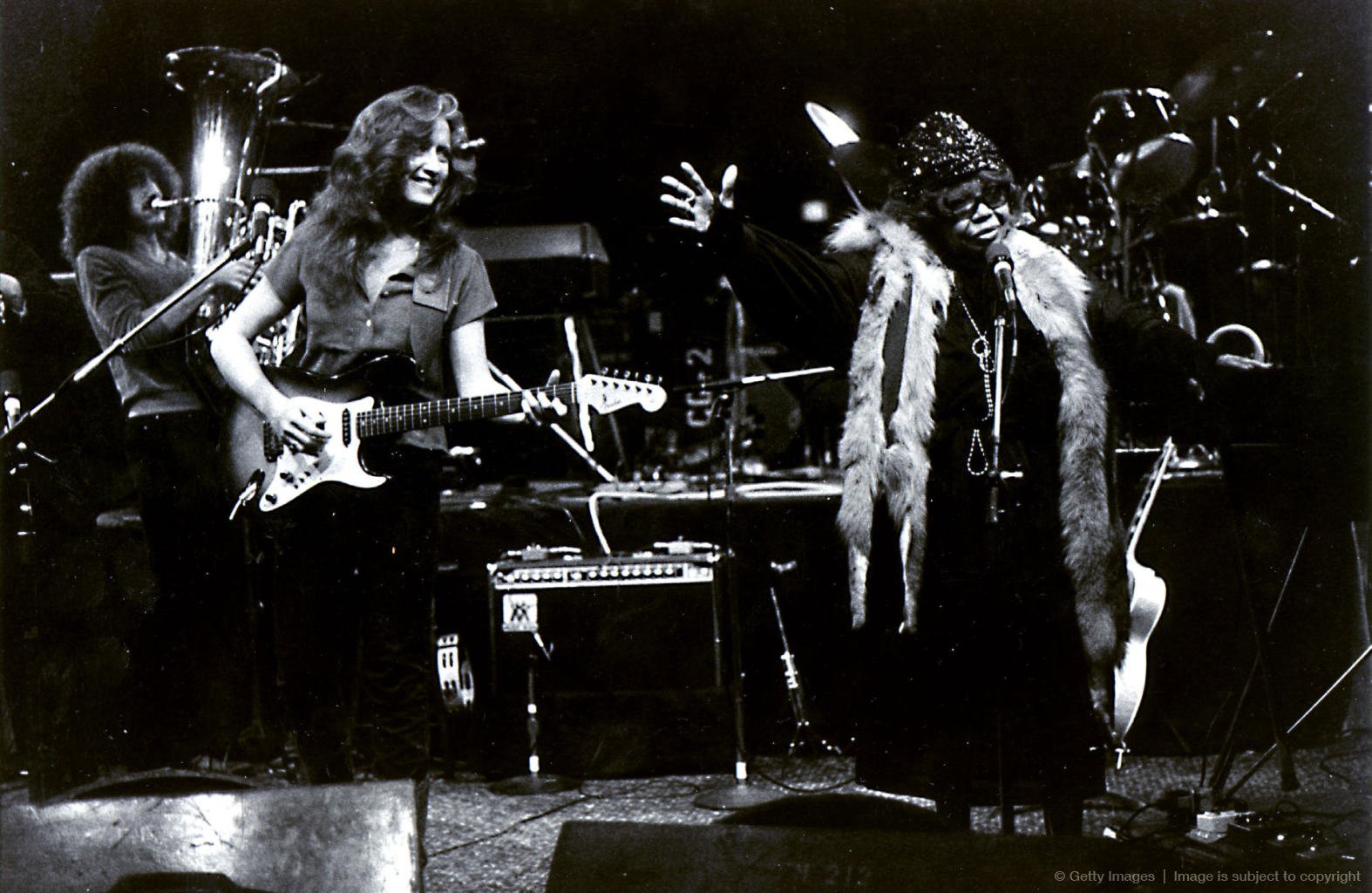 Sippie Wallace, 83, is a stout black woman whose heyday as a blues singer was in the 1920s. Bonnie Raitt, 32, is a lean, fast-living rock ‘n’ roller who travels in WASPy music circles in L.A. Sippie is a believing Baptist whose friends and contemporaries have included Fats Waller and Louis Armstrong. Bonnie, more devout in her liberal politics than in religion, numbers among her friends Jane Fonda, Jackson Browne and Graham Nash.

They have in common dazzling dimples, red hair (Sippie’s is store-bought), a fierce feeling for the blues and a spunky attitude summed up by a line from Mighty Tight Woman, a song written by Wallace that both have recorded: “There is nothing, nothing that I fear.” Raitt and Wallace are also close friends. “We are two souls who have known each other before,” says Bonnie. “It’s a connection that transcends age and space. She’s more my own grandma than my natural grandmother.” Sippie reciprocates, “I love Bonnie.”

The friendship will soon be reflected in the marketplace. Bonnie has a scorcher LP called Green Light that’s doing wheelies up the charts. Sippie, Wallace’s first recording in 16 years, has set off an industry buzz before its late-April release. Wallace has provided Bonnie with tunes over the years; Bonnie sat in on three tracks in Sippie’s new album. 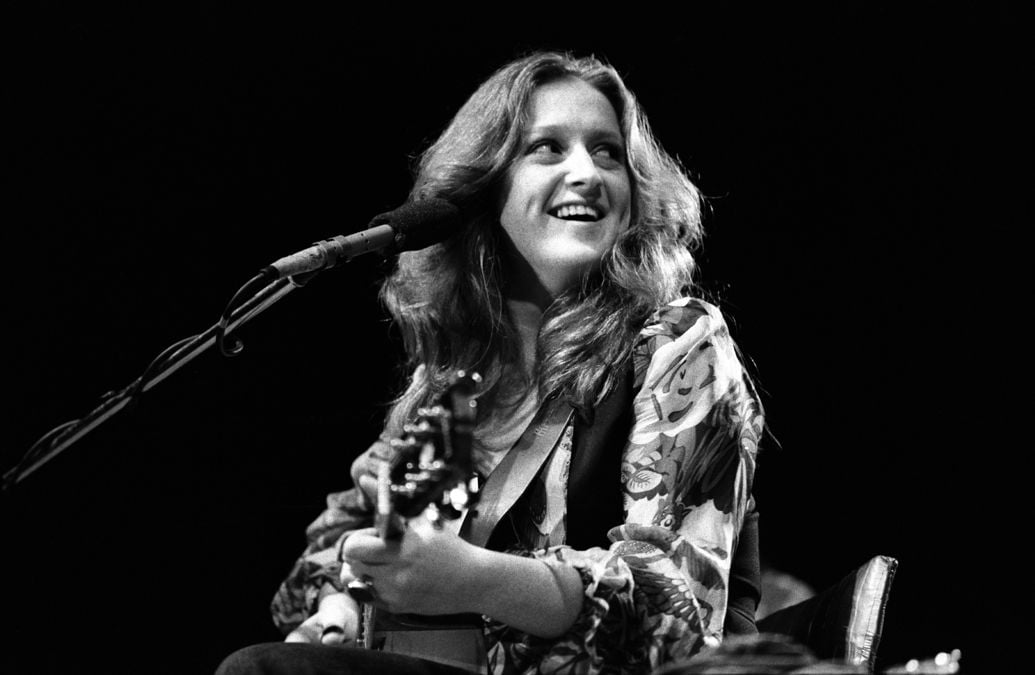 A lot can be said about Bonnie Raitt. She’s known for blues but she performs contemporary ballads as well. She travels a lot but in 1975 bought a house with a white picket fence around it. Her career is built more on live performances than on recordings.
She has firm political and social convictions and plays a lot of benefits for organizations she believes in. She’s the 26-year-old daughter of singer John Raitt, Broadway star of ‘‘Carousel” and “Pajama Game.”
Her parents, says Miss Raitt, are proud of her, not disapproving, though they wish she had finished college. In one week late last year, she gave a Lincoln Center concert which her parents attended; her father opened in a Broadway musical revue which she attended, and there was a party for both those occasions and her birthday at Sardi’s. “It was a mixture of my band and my end of the music business, his old leading ladies and friends all attempting to dress casually. It was real fun.”

Folk Guitarist
Miss Raitt grew up mainly in Southern California in an atmosphere of Broadway show tunes and surfing music but liking best soul, folk and blues. “I started playing guitar at 10 or 12, picked up folk and by the time I was 14 I was playing blues guitar.” She rushed East for college to be part of the folk scene in Cambridge, Mass. “Of course when I got there, it had closed. Rock music had descended.
“In 1968 I went to Europe. I thought I’d heard every blues record. In England they had some unreleased material.’’ That’s where Miss Raitt first heard the music of Sippie Wallace.
“I recorded two of her songs on my first album. I got to meet her finally in 1972 at the Ann Arbor Blues and Jazz Festival. I do her songs mostly because I like them the best and she is alive. She is one of the few who could benefit from me doing her songs. She celebrated her 77th birthday recently. She lives in Detroit, is black and was one of the classical blues singers of the ’20s. Her lyrics are raunchy in a kind of refreshing double entendre, not bawdy. A lot more touching and a Randy Newman kind of off-the-wall lyrics.

Joint Concerts
“She’s had a stroke but now she is much healthier and we’re starting to do a lot of concerts together. As I get more successful I can travel around with some of these older blues people. I got to know them all. It’s ironic and maddening that my fame has eclipsed theirs. I find it hard to take and I’ve wrestled with it a lot. I know it should be reversed
“I know they’re great and I’m going to make sure that kids that like me are going to see the real thing, too.”
Miss Raitt and Miss Wallace both are heard on the 1973 Atlantic album “Ann Arbor Blues and Jazz Festival.” Her own records, on Warner Brothers, one a year since 1971, are “Bonnie Raitt,” “Give it Up,” “Takin ’ My Time,” “Streetlights” and “Home Plate.”
Miss Raitt doesn’t want to be typed only as a blues performer. “My records are half rhythm ‘n’ blues and country blues and half contemporary ballads by young songwriters. I’ll probably always keep the same mix. People want to type you. Linda Ronstadt actually does quite a bit of Jackson Browne kind of stuff, not just country, and Maria Muldaur has resurrected some old and Motown songs.

Song Shortage
“It’s getting hard to find tunes now. We actually draw from the same type of material. We’re all having to dig deeper into whatever it was made us different. And it’s tough on the road. We all tend to draw the same audiences. We take half of each other’s audience if we’re coming around too often. Who has enough money to go to all three of our concerts?
“There is room for all of us but it’s getting a little sticky now. We’re running out of favorite songs we’ve known since we were 15 that we always wanted to do.
“I solicit tapes everyplace I go. I get back off a tour and find 20 boxes of songs. ”
Her political and social views started from a Quaker upbringing, Miss Raitt says. “It was a social orientation, hands around the world, pacifist, the American Friends Service Committee. I went to Quaker camp the last two years of high school and became a leftist, liberal progressive. Now it seems the radicalism of the ’60s has become the common sense of the 70s.

Plays Benefits
“Right now I’m involved with helping Tom Hayden run for Senate in California. It is nice to run up and down the state doing benefits and including local musicians.” She does about 50 benefit concerts a year, accepting expenses, no performance fee. “I do them for women’s community health centers, legal assistance projects, listener-sponsored radio stations. They pass out information in the lobby. I think it’s important.
Miss Raitt has a boyfriend and she says, “It’s real tough to maintain a relationship when one of us is zooming around.” There are difficulties when the woman is the one who travels and who makes more money. “Luckily, I’ve watched other people make mistakes and I’m trying not to make those. There are going to be some rocky times but we’re working on it real hard and it’s coming along nice.” Last April she put a downpayment on a house “that looks like a house where Greer Garson waits for somebody to come back from the war.”