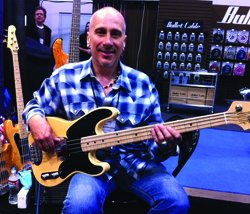 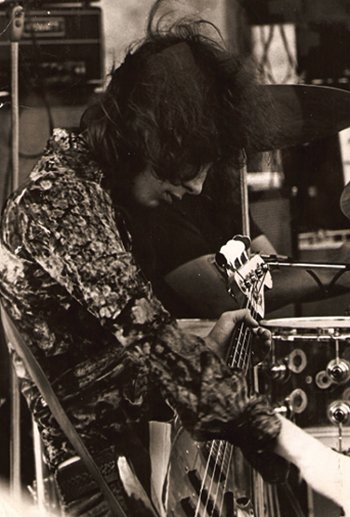 Most music fans know Petty’s Heartbreakers and Bruce’s E Street Band—but the truly knowledgeable rank Bonnie Raitt’s band among the finest rock and rhythm units working today. Listeners who love Raitt’s gritty, evocative voice or shiver at the distinctive roar of her slide guitar playing might not realize her longtime stagemates’ role in boosting all that blues and bittersweetness, even as it simmers in a stimulating sauce of down-home R&B, rock, and New Orleans funk. Backing such a varied and expressive artist doesn’t demand an ampersand and a proper band name, but it does take a refined sense of feel, an innate ability to groove, and a mastery of musical styles so comprehensive that each stylistic flavor feels both authentic to its source and natural in the moment. 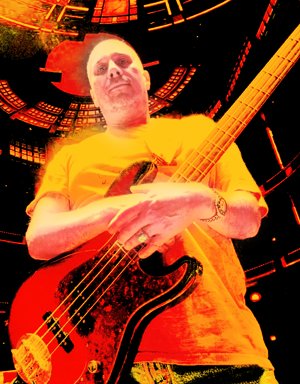 ON BASS IS JAMES “HUTCH” HUTCHINSON, a modest maestro of feel and genre, who has carefully cultivated his capacity for groove authenticity throughout a decades-long, culture-spanning career. In the past 40 years, Hutch has rocked out in postpsychedelic San Francisco, learned local Latin styles in Brazil and Central America, played bona fide bons temps New Orleans funk as the longk-time bassist of the Neville Brothers Band, mastered reggae and African rhythms in Jamaica and the Bahamas, and soaked up southern rock and country in Austin, Texas, where his Latin fusion band with violinist Sid Page, the Point, won Jazz Band of the Year at the Austin Music Awards. Even in the decades when he’s been most identified with Bonnie Raitt, Hutch has continued to work with a diverse list of artists, from Chet Atkins to Ziggy Marley. He cut an album with Ringo Starr, tracked with the Doobie Brothers, toured with Joe Cocker, and worked with such distinctive and dissimilar artists as Etta James, Maria Muldaur, Willie Nelson, and Al Green. “As far as I know,” he smiles, “I’m the only musician to play with both Bryan Adams and Ryan Adams.”

In recent weeks, you might have heard Hutch morning, noon, and night on shows ranging from The Colbert Report and The Late Show with David Letterman to Good Morning America and Ellen. The occasion is Raitt’s new album, Slipstream, which has generated beaming reviews and remarkable buzz for an artist who enjoyed her first successes 40 years ago. The album’s first single is a lovingly rendered reggae reading of Gerry Rafferty’s 1978 hit “Right Down the Line,” which has Hutch and drummer Ricky Fataar sounding very much like Aston “Family Man” Barrett and his brother, drummer Carlton Barrett, the pioneering rhythm section of the Wailers and the Upsetters.