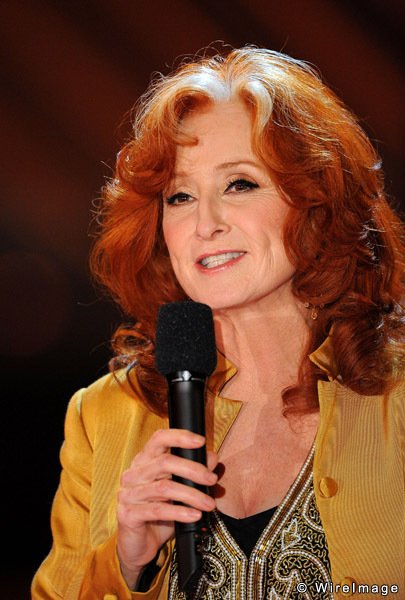 Happy birthday, Ms. Bonnie Raitt! The bottleneck slide whiz emerged as a teenager in the eye of the ’60s blues revival, opening for the likes Mississippi Fred McDowell and Sippie Wallace, and singing with a voice that rang with decades of maturity despite her youth.
She seemed to arrive almost fully formed, a lovely creature the blues had coughed up in order to seduce us with her 12-bar ways. Once she began making albums in 1970 her range rapidly expanded to draw upon folk-blues, acoustic rock, Muscles Shoals soul and more of America’s rich musical melting pot.
From the start, Raitt has possessed an unerring knack for picking her collaborators, and in turn always elevates the proceedings when she sits in with any of her chums.
She’s also an inspired interpreter of other’s songs, often getting inside them in a way that equals or betters the originals.
While her sound has smoothed out and settled into a comfortable groove in recent years, there remains that initial integrity and grit that first snagged our ear.
We love her as a survivor, carrier of great traditions and for her abundant natural talents.
Glad we get to share this lovely blue-green planet with you, Bonnie!

We begin our birthday salute to Bonnie with her appearance on the Old Grey Whistle Test in 1976 doing “Too Long At The Fair.” You try not to be enchanted by this woman!

How’s about a slow blues take on Mose Allison’s “Everybody’s Cryin’ Mercy” with Junior Wells captured in 1974? Well here it is, at 49min.

Here she is working “Dixie Chicken” with Little Feat and Emmylou Harris and Jesse Winchester on The Midnight Special.

Witness the totally badass pickin’ from Raitt in this performance of “Kokomo/Sugar Mama” from London in 1976.

Check out this surprisingly slinky version of “Thing Called Love” from the 1990 Grammy Awards. That’s a voice with some serious authority!

We conclude with Raitt doing “Woman Be Wise,” a Sippie Wallace nugget that’s become a staple of Raitt’s setlists over the years. Let the easy sway (and sound advice) carry you off to a most pleasant Saturday. But spare a happy thought for Bonnie at least once or twice today, okay?