Tickets and info: From $79.50 at Ticketmaster.ca

Bonnie Raitt wants to set the record straight. It seems somewhat unnecessary. When you have 10 Grammy Awards lined up in a row on your mantle and your most recent album Dig In Deep debuted at #10 on the Billboard Album Charts, does it matter if you get called a blues woman, folk rocker or roots artist or not?

“My thing is probably as much R&B as it is blues or rock ‘n’ roll and I’ve never claimed anything about folk,” said Raitt. “There are these biographies talking about my time in the Boston folk scene that really aren’t accurate. Yes, I was there, but what really shaped me was Philadelphia, musically speaking.”

Raitt isn’t talking about the orchestral soul of the city that Gamble and Huff crafted and musicians such as David Bowie embraced on albums such as Young Americans. What she is referencing is the connection she had with blues promoter Dick Waterman who was based in the city. That friendship provided the exposure and access to the living legends of American blues music undergoing a global rediscovery back in the sixties and seventies.

“He was handling everyone from Mississippi John Hurt to Junior Wells and others and I used to take the student budget commuter flight from Boston and go see them play,” she said. “It was an opportunity unlike any other and, eventually, I decided to leave my studies at Radcliffe and immerse myself in studying alongside these masters. My reasoning was I could always go back to school, but I wasn’t always going to be able to learn slide guitar from Son House.”

Born in Burbank, CA., the daughter of pianist Marjorie Haydock and Broadway musical star John Raitt, she grew up in the Quaker tradition and picked up guitar on her own. She was taken by the instrument’s capabilities and kept at it, but didn’t truly find her true love until her college years. That was the slide guitar, which she is a master of.

From the minute her self-titled debut dropped in 1971, she was acclaimed for her skills as a bottleneck player. At a time where a woman guitar hero was treated as an oddity by the boy’s club (OK, not much has changed), she was respected all around for her uniquely smooth leads, soulful vocals and good ear for material. Subsequent albums showcased her willingness to be much more than just a pigeonholed “blues rocker” or another player in the laid-back California scene she hung out in with the likes of Warren Zevon and Jackson Browne.

While her albums were critically-lauded, sales eluded her until 1977’s Sweet Forgiveness produced a hit single in her funky R&B take on Del Shannon’s Runaway. Critics were split on the track and they have been back-and-forth ever since. Raitt hasn’t paid them any mind for the past four decades, finding massive success with her tenth studio album Nick Of Time, which produced the enduring hit versions of John Hiatt’s Thing Called Love, Bonnie Haye’s Have A Heart and Love Letter. Mixing blues, soul, funk, R&B and more, the album can be seen as definitive Bonnie Raitt. 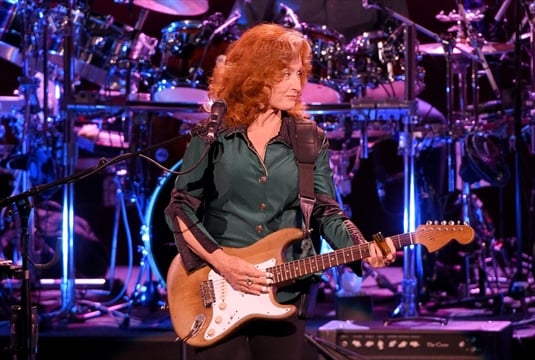 I last saw Bonnie Raitt 19 years ago in Vancouver. I remember it well. Her version of “Angel from Montgomery” was so moving it brought tears to my eyes.

At the time, I thought it probably had to do with the fact that she had Sarah McLachlan and Bryan Adams singing back up vocals with her on the John Prine classic.
On Tuesday night at Hamilton’s FirstOntario Concert Hall, I learned different. There were no A-list celebrities with her on stage, just Raitt, her magnificent four-piece band and that wonderfully sad song about broken dreams and old rodeos.

Guess what? Those tears welled up again. I’ve got the streaks on my glasses to prove it.

She sang the song two thirds of the way through her hour-and-45-minute set. At the end of Angel the crowd of more than 1,600 spontaneously burst into a rare mid-show standing ovation. It was that powerful.

“I see you all out there and I feel you up here,” Raitt, 67, said as the audience roared its approval. “That song means a lot to us too.” 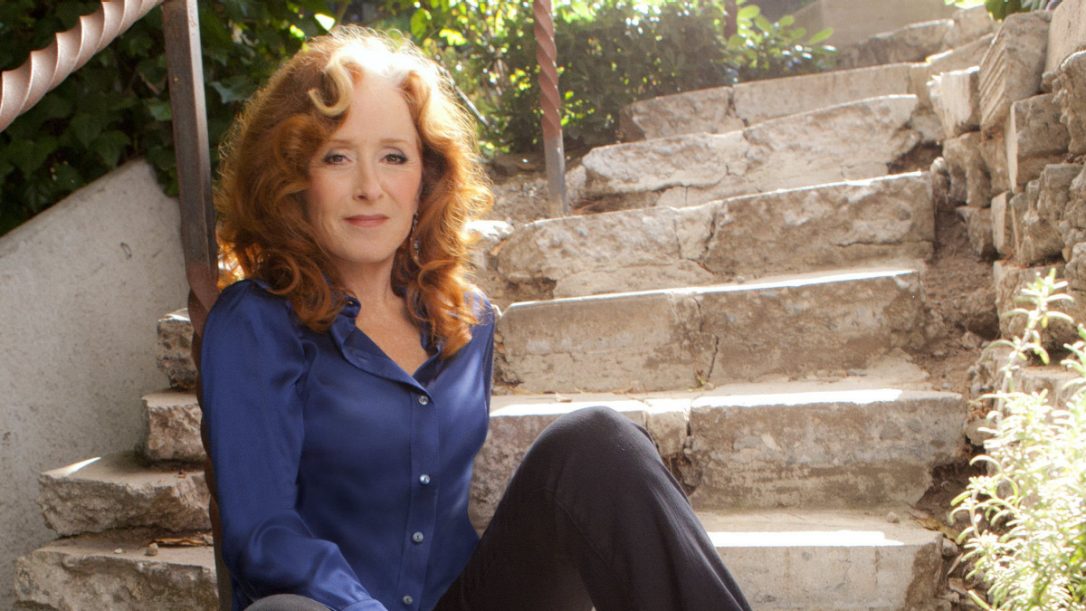 The singer-songwriter, who will return to the Sony Centre for the Performing Arts on June 9, says she wasn’t aware of how much impact she’s made during her career.

A master of the Stratocaster, 10-time Grammy Award recipient Bonnie Raitt has always been perceived as a trail-blazing role model who inspires female musicians to pick up the guitar and express their individuality.

But it was just four years ago that the 67-year-old Raitt, who returns to the Sony Centre for the Performing Arts on June 9 with Royal Wood and whose blues-rooted music is a soulful stew of rock, R&B and pop, discovered just how much of an impact she’s made during a career that’s lasted 47 years.

“I don’t think I was aware of it until recently,” Raitt, who was honoured with an Americana Music Association Lifetime Achievement Award in 2012, an Americana Grammy for her album Slipstream and was featured in a December 2016 Oxford American cover story.

“When I go to those events, that’s when my gene pool of musicians — those women — come up to me and say, ‘I really grew up listening to you sing and play,’ ” Raitt said in a phone interview last month from California.

“And in the Oxford American, I read about all these women blues artists like Rory Block who gave me some great props; Susan Tedeschi and a bunch of people I admire turn around and talk about how they appreciate me and my guitar playing. I’m very proud to be considered in such high esteem by so many people I already like.”

It’s come full circle for Raitt, who is currently touring behind her 17th studio album, 2016’s Dig In Deep. The daughter of Broadway singer John Raitt earned her apprenticeship as a college student performing with such blues greats as Mississippi Fred McDowell and Sippie Wallace after being turned onto the genre via the album Blues at Newport 1963.

“I had not been familiar with the country blues before,” Raitt recalls. “I’d heard the Rolling Stones and Slim Harpo and Howlin’ Wolf and even some of The Beatles’ R&B covers, but the first time I heard Mississippi John Hurt and Reverend Gary Davis and John Lee Hooker was on that record. I was 14 and every artist on there — from Brownie McGhee and Sonny Terry to John Hammond Jr. — absolutely knocked me out.

“I already loved Odetta and folk music and gospel music as well, but it wasn’t until I heard that record that I was aware of the country blues. Then it became really hard to decide whether to get the new Bob Dylan or Beatles or Stones record with my allowance, or one of those country blues records. It was a good incentive to get a side job.”

McDowell, one of the first Tennessee blues singers to score widespread recognition — he had also spent some time in the Mississippi Delta — gave Raitt a firsthand education in the blues.

“Fred McDowell taught me that you don’t have to be an older black person who lived through poverty in the South in order to play the blues,” Raitt explains. “From John Hammond to Koerner, Ray and Glover to Paul Butterfield — and all the British blues artists, even the Stones — there’s something about soul music and blues music that really cut to me. And Fred McDowell instantly appealed to something in my heart.

“I loved his sense of humour, and what I most got out of him was the passion that he played. He used to just throw his head back and lift his knee up, take that slide guitar all the way up the neck. And I would just watch transfixed, because at that point, I had only heard records. Then when I met Fred and got to see him live, I was just blown away by the power of one guy and a guitar to just hit so many emotions. I think I just fell in love with the blues as deeply as I ever was going to get with Mississippi Fred McDowell.”

“Sippie Wallace taught me a lot about men and what it was like for her in the business,” Raitt recalls. “I learned a lot from her just being a woman instrumentalist and a songwriter and the way that she did and didn’t get pushed around or get respect, either in her personal life or in her business life. It’s kind of a precautionary tale of like an older person who would have been there.

“In 1970, my opportunities — like my access to a good lawyer — was completely different than hers. But I learned what it was like to be Black in the 1920s and ’30s and ’40s by my associations with all those artists. It was like a living history to be able to find out what Jim Crow and segregation and racism meant — and just the joy of playing juke joints and being on the Vaudeville circuit.

“I got a window into a part of our culture that most people don’t get, and to this day it’s one of the greatest gifts I’ve had.”