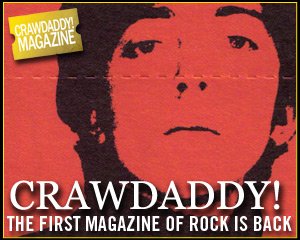 LOS ANGELES – Bonnie Raitt is by nature a purposeful woman. On a personal level, she is attempting to forge a new ethic reaching beyond the often selfimposed limitations of today’s recording/performing artists. Bonnie is warm and disarming – she smiles, you smile. Yet at 22, she is already aware of both the advantages and consequences of her chosen way of life.

“When I started out I didn’t even want to make a record,” Bonnie said as we settled into a sofa. “I didn’t take it seriously then and in a way, I don’t now. But I had to put out a record to survive, to keep things going. Right now I’d be content to be just well known enough to go on playing the Ash Grove circuit for the next 20 years.”

A sense of social responsibility and political consciousness nurtured at an early age makes Bonnie see life as a series of compromises, but she feels everyone should be able to answer for whatever he/she does at any time. This viewpoint makes abundantly clear the reasons she chose to sign with Warner Bros. instead of, say, Arhoolie Records. “Warner Bros. gives me a total budget (instead of advances) that I put into one account and decide what to do with,” Bonnie explained. “So I’m carrying off some innovative ventures in accordance with my belief that artists should take only what they need to live on from performance, record and royalty money and find ways to redistribute or give back the rest. Everybody’s just out to take all the money they can and I’m just trying to do something different.”

For example: Using the record company money given her to do the first album, Bonnie decided to take a chance on a friend who was in the process of setting up his own studio and needed some money to get off the ground. She provided the cash and although he had only four-track equipment, recorded with him. “My first album was done in a garage in Minneapolis, but I wasn’t trying for the perfect record. Some of the money I had went to musicians who had never played a session before, but they were friends who needed the cash to go on doing the kind of music they wanted to. Besides the guy with the studio, Dave Ray, now puts out records for $2.00-$2.50 and each contains a complete accounting of how every penny is spent. I really believe in that sort of thing.

“My main motivations are political in a different sort of way. To me politics is relating to and caring about people. I just want to have a good time and give the audience something worthwhile. My primary interest is in how I’m playing things and I don’t care if I sing good or bad, play up to par or write the most original songs. That’s irrelevant.”