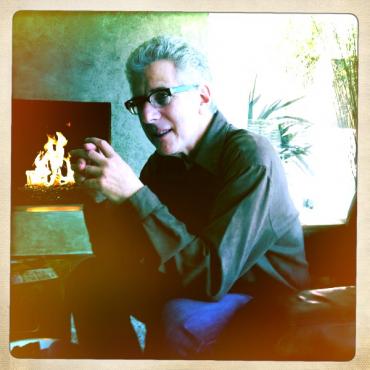 Eric Kaz tells me his new collection of songs — which he hopes to have available in January at cdbaby.com — represents a milestone.

“This was the first time in my recording career that I’ve been completely satisfied with my own performance,” he says.

That’s quite a dramatic statement from the longtime songwriter and musician whose songs have been recorded and performed by some of the music industry’s biggest names. Bonnie Raitt and Linda Ronstadt recorded beautiful versions of one of pop music’s classic songs, “Love Has No Pride,” which was written by Kaz and Libby Titus. Both have also recorded other songs composed by Kaz, including “Cry Like A Rainstorm” and “Blowing Away.” Kaz’s songs have also been in the repertoire of Art Garfunkel, Joan Baez, Randy Meisner, Alison Krauss, Cher, George Strait, Tom Rush, Michael Bolton, Dolly Parton, Beth Nielsen Chapman, Kenny Rogers and a host of others. Baez named her 1977 album Blowin’ Away and covered the Kaz composition. Meisner, who is best known for his work with the Eagles, collaborated with Kaz on six of the nine cuts on his 1980 solo album, One More Song. Two of the songs, “Deep Inside My Heart” and “Hearts on Fire,” reached numbers 22 and 19, respectively, on the Billboard charts.

Kaz says he has “been fortunate and lucky enough to have had some of my songs become notable recordings by some very credible artists.”

However, his whole career has not been spent writing songs for other artists. In the 1960s, he played piano with folk musicians Happy and Artie Traum in the group Children of Paradise and then was a member of the Blues Magoos. He recorded two solo albums for Atlantic Records and two albums with American Flyer. George Martin, the Beatles’ producer, produced American Flyer’s self-titled debut album, and it and the band’s second release on United Artists Records were well-received by critics. Besides Kaz, American Flyer was comprised of Craig Fuller from Pure Prairie League, Steve Katz from Blood, Sweat & Tears, and Doug Yule from the Velvet Underground.

Fuller, probably best known for writing Pure Prairie League’s hit single, “Amie,” and Kaz next teamed for an excellent duo album, Eric Fuller/Eric Kaz, on Columbia Records in 1978. Like the American Flyer albums, though, the album, which was rereleased on Real Gone Music this year, went relatively unnoticed by the listening public. “There were so many capable bands, singers, musicians, and songwriters that came out of what can be called the Southern California sound of the 1970s,” Kaz says. “The Fuller/Kaz album was a good example of this and possibly deserved a second look. The album was another step in the right direction in my journey and evolution of making the recording of my music sound like I heard it sound in my head.