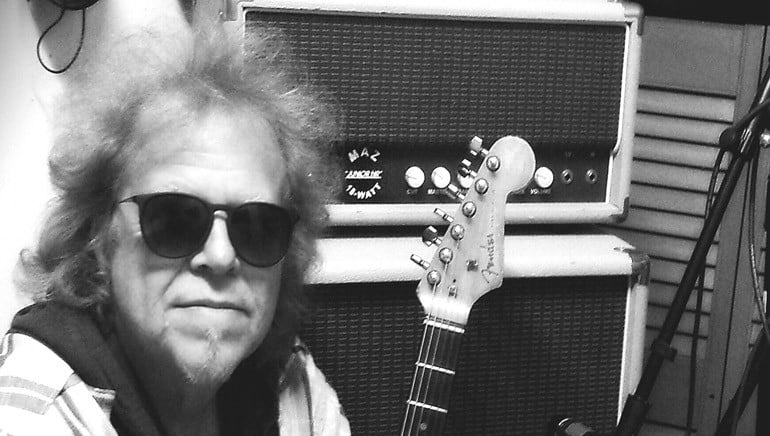 Nashville’s George Marinelli is best known as a sideman. He’s played guitar with Americana icon Bonnie Raitt since 1993, and before that he was an original member of the literate hit-making outfit Bruce Hornsby & the Range. But Marinelli’s third solo album, the smartly arranged pop-rock venture Wild Onions, truly displays every side of his artistry.

Marinelli co-wrote half its 10 songs with collaborator Rich Wayland, sang on every tune, played all the instruments on eight numbers and produced. He also directed, edited and stars in Wild Onions’ first video, for the hypnotically elegant pop song “Oh No, Not Love Again.”

The BMI singer-songwriter and renowned musician, who can be found online at www.georgemarinelli.com, learned to be eclectic from his earliest musical heroes, the Beatles, the Stones and Paul Simon, whom he worshipped as a 15 year old learning to play guitar. A few years later he was in his first bands and writing songs, and then became a session player on the LA scene before teaming with Hornsby in 1982. After nine years in the Range he quit and moved to Music City’s mellower but creatively fertile climes.

Marinelli spoke with BMI over coffee at the kitchen table of his home in a charmingly woodsy neighborhood, a few paces from his WingDing Studios, with his dog Rocky and cat Richard eavesdropping.

1. How do your skills as a songwriter, producer, performer and session player feed each other?
It’s holistic. And none of them can be turned off. Somebody recently gave me some songs by an artist I’m probably going to produce. As I’m listening to the songs, I’m thinking about the structure and lyrics, how the artist sings and plays guitar — to see how capable she is overall, and picturing the musicians I’d like to have play on the recording. I also imagine what I could play to make it better, to expand the dynamics or support the artist’s intentions.

2. Wild Onions is extremely eclectic, with obvious nods to the Beatles and Stones, but with elements of Jimi Hendrix, world music and psychedelia woven in. How did you distill so many influences into a distinctive, personal sound?
I come at it as homage, and then get selfish with it. I love to write in the styles of the artists who influenced me, and then incorporate sounds and production elements that get me off. I want to listen to this album as if I just bought it, and it’s knocking me out. I don’t second guess anything or worry about contemporary songwriting formulas. After all, how many records on the radio today will even be listened to next year? I want to make something that’s enduring, at least for me, and fun.