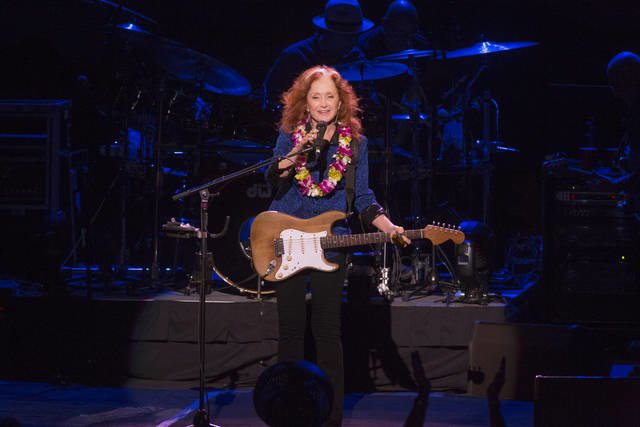 Success is a wonderful thing, but too much success can be a curse of sorts.

When veteran musical artists who are defined by their hits go out on tour, they are often beholden to those signature songs.

Led Zeppelin lead singer Robert Plant famously once told the Los Angeles Times that his band’s iconic “Stairway to Heaven” makes him “break out in hives.”

But “the hits” are so often all fans want to hear. When artists play “the new stuff,” the old joke goes, that’s the time to go to the bathroom.

Bonnie Raitt has been very fortunate to have some success on the singles chart but not so much that her set list can’t wander into places unexpected. She played a sold-out show at the Blaisdell Concert Hall on Saturday night and part of the joy was the unpredictability.

Sure, most of Raitt’s hits made the cut, but her 1989 comeback single — the John Hiatt cover “Thing Called Love” — didn’t, and there were no calls for it from the audience. Raitt has built enough equity and trust with her fans that she can play what she wants and they will soak it up.

So when she opened her show with the first two tracks from her latest album, “Dig in Deep” — the blues-rock rave-up “Unintended Consequence of Love” and the INXS chart-topper “Need You Tonight” — the welcome was as warm as if she had started with her two biggest hits.

When she followed with a different Hiatt-penned song, “No Business,” the audience was game. Granted, “No Business” is off the top selling album of her career, 1991’s “Luck of the Draw,” but the point stands: The vast majority of Raitt’s 105-minute set was made up of songs the casual fan would not be familiar with, but Raitt’s hits do not own her — she owns her hits.

Two of her biggest are also from “Luck of the Draw,” and Raitt mixed it up a bit on both, rather than playing the album versions note-for-note.

Raitt kicked off a faster-paced “Something to Talk About” singing a cappella, and she took the reins off her vocals for the usually understated “I Can’t Make You Love Me.” Such departures are one of the things that make the live music experience so vital, and in that respect Raitt definitely delivers.

Though known more as an interpreter of songs than for vocal fireworks, Raitt showed on the oft-covered but never matched “I Can’t Make You Love Me” that she has the pipes to make a song soar. 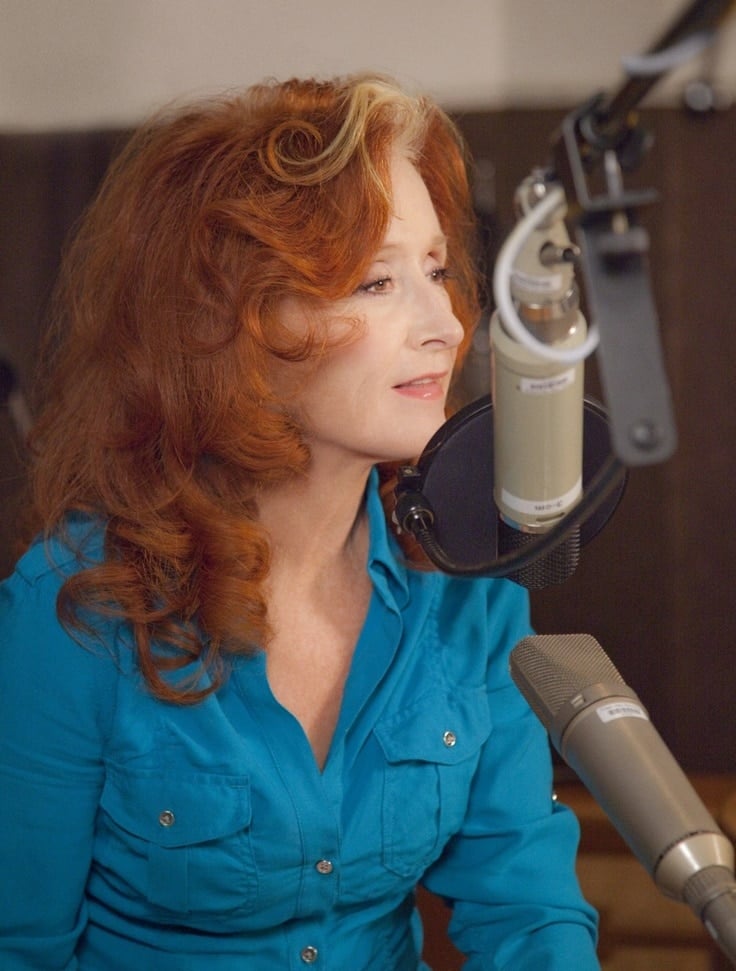 For decades, Bonnie Raitt has mixed her passion for music with philanthropy and activism. The Rock and Roll Hall of Fame legend is continuing the tour for her 2016 release Dig In Deep with dates Friday at the MACC and Saturday at the Blaisdell Concert Hall before heading… deeper… into the Asia Pacific. She explored how her family musical and Quaker roots have influenced a lifetime of music and giving back with HPR All Things Considered Host Dave Lawrence.

In this very special conversation, the first-time HPR ATC guest discussed her background in detail, including how her family commitment to Quaker values shaped decades of philanthropic efforts, and the ways her parents’ background in performing inspired her own musical career. She explained how she utilizes her concert tickets to support nonprofits, and shared information about her partnership with the Aria Foundation. She also discussed the fertile scene of performance and activism she found in the Boston area when in college there. Among the laundry list of benefit projects found on her resume, she shed light on a recent visit to support Native Americans at Standing Rock, as well as her role in Hawaii benefit concerts following the devastation of Hurricane Iniki, and at the No Nukes shows at Madison Square Garden in 1979. Having performed as a guest with a stunning list of fellow artists, she explored critical musical experiences, too, with luminaries like Ray Charles, Jackson Browne and others.

The Rock and Roll Hall of Fame legend spoke with HPR All Things Considered Host Dave Lawrence on Hawaii Public Radio in March 2017 during a Hawaii tour.
tip: most convenient way to listen while browsing along is to use the popup button of the player.