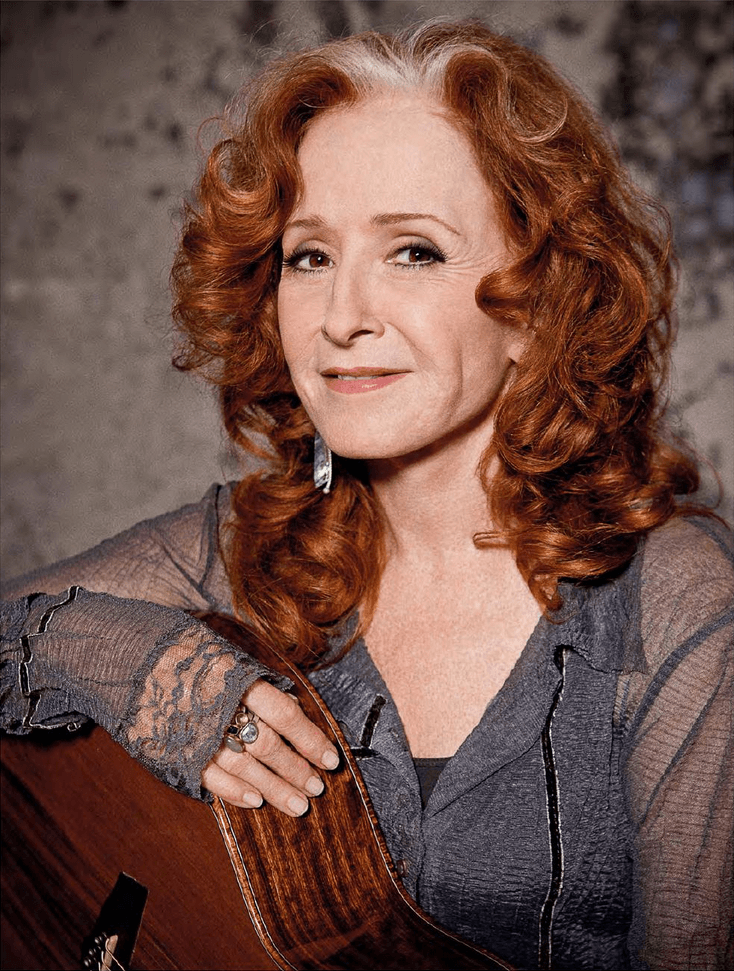 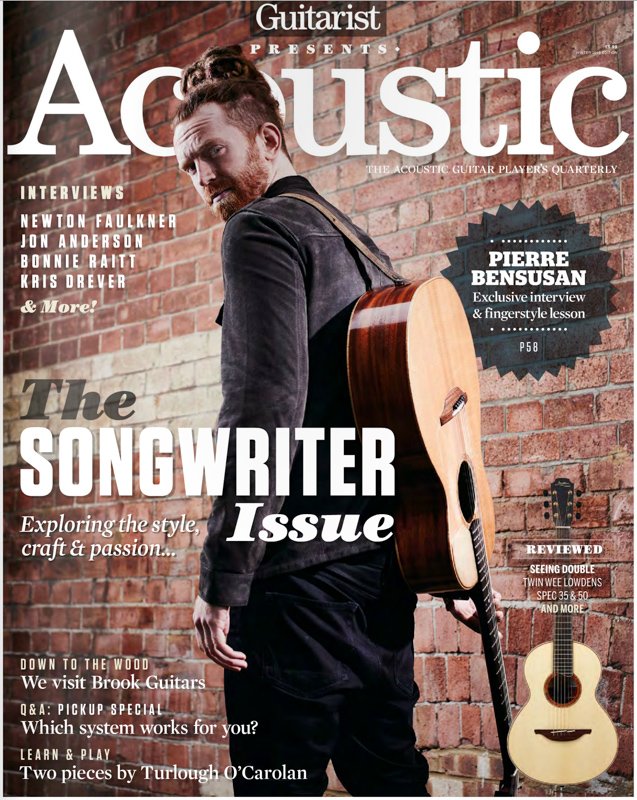 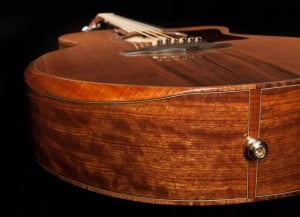 Every concert Bonnie Raitt plays features at least one acoustic performance – check out her mesmerising duet with Richard Thompson singing Dimming Of The Day, for instance – and so, with a new album due in February, we thought it was high time to talk about her acoustic influences. To begin with, it occurred to us that, like so many other great players, Bonnie probably started her guitar playing career on a flat top guitar…

“ I absolutely did. I got a guitar when I was eight years old for Christmas, at my request.
I idolised my folk-singing counsellors in the summer camps I would go to and there was a folk revival craze in the late 50s, early 60s and I caught the bug. My heroes were Pete Seeger and The Weavers, Odetta, Joan Baez, Peter, Paul and Mary… they all were having great success. The Kingston Trio had a number one record with Tom Dooley and on TV, Peter, Paul and Mary were singing Bob Dylan songs. Joan Baez was the darling of the folk revival, the star of Newport and she was on the cover of Time. She was my hero and, because she was a Quaker and of Scottish and Mexican extraction and I was from California like her – and we were Quakers and Scottish as well -so I was indelibly a Joan Baez fan and I taught myself guitar from her records.”

It’s Interesting that you were attracted to folk first -it seems that folk and blues were very closely related back in the 60s…
“In the sense that they’re roots music.
There was as much interest in bluegrass and English/Scottish Child Ballads as there was in the blues artists being rediscovered in the South. Newport ’63 was an album on Vanguard that introduced me to the folk artists and the one from ’64 was my first blues introduction, with Mississippi John Hurt and Brownie McGee and Sonny Terry and John Lee Hooker, John Hammond, Dave Van Ronk and Rev Gary Davies. Those were the first acoustic blues musicians that I had heard and I fell in love with Mississippi John Hurt and taught myself how to play Candy Man.
That was the first blues song I ever played.
But before that I think there were some blues artists mixed in with the folk, but the folk music revival was all kinds of roots music.”

Was it the early blues records that drew you towards playing slide?
“Well I was only 14 when I heard slide guitar and there was no YouTube or nobody teaching blues guitar at that point, so I was just learning from records and reading Sing Out magazine.
I figured out I would have to try and find a bottleneck and the closest I could get was a Coricidin bottle and I soaked the label off and used my middle finger – that’s the one I could hold on my hand with the adjacent fingers. But. years later, when I actually met a lot of the blues artists or saw them on TV, I realised it was an impractical finger to be using. I was totally self-taught and just making it up in my room without any advice. I didn’t have the wherewithal to buy guitar magazines or take lessons or any of that stuff.”