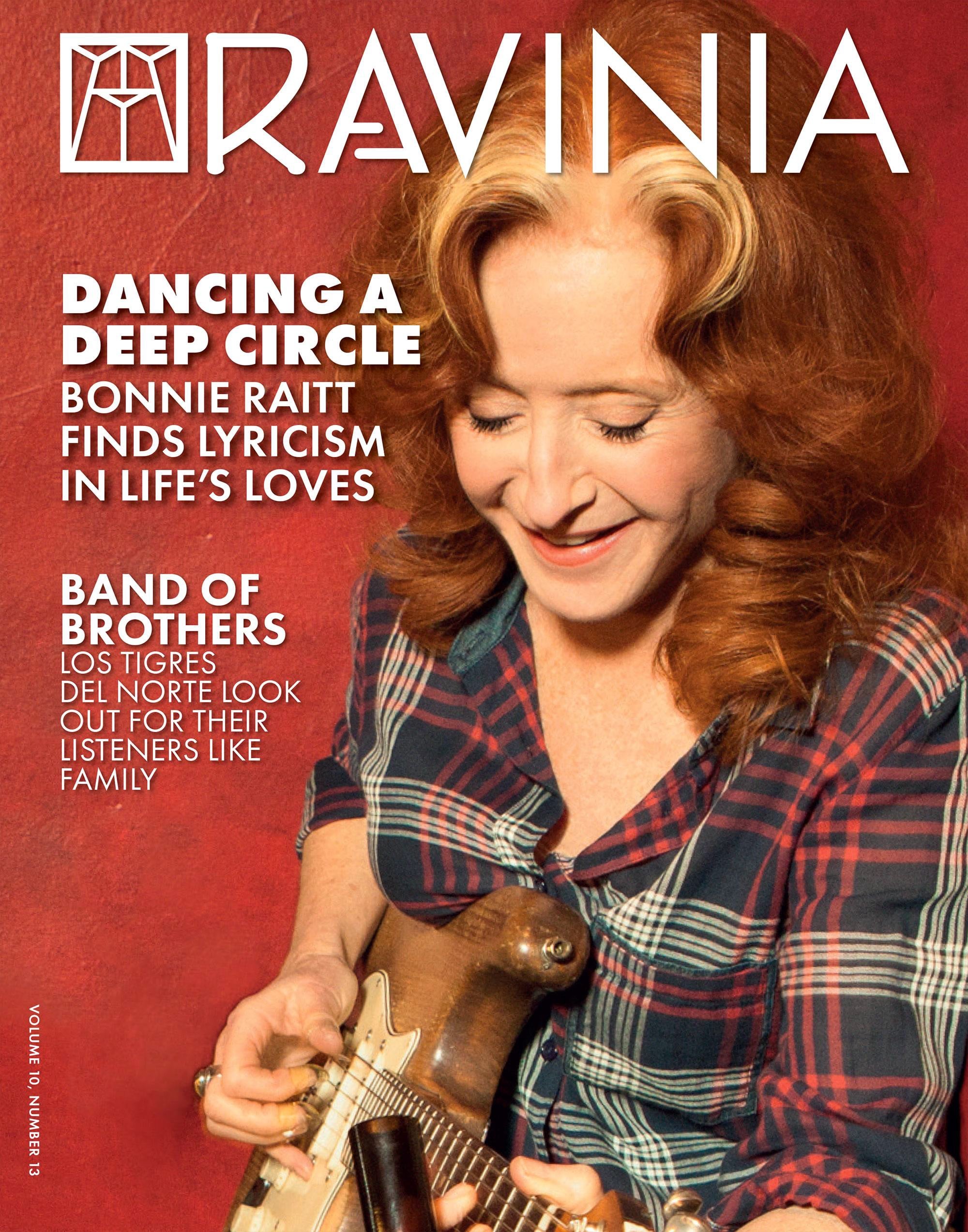 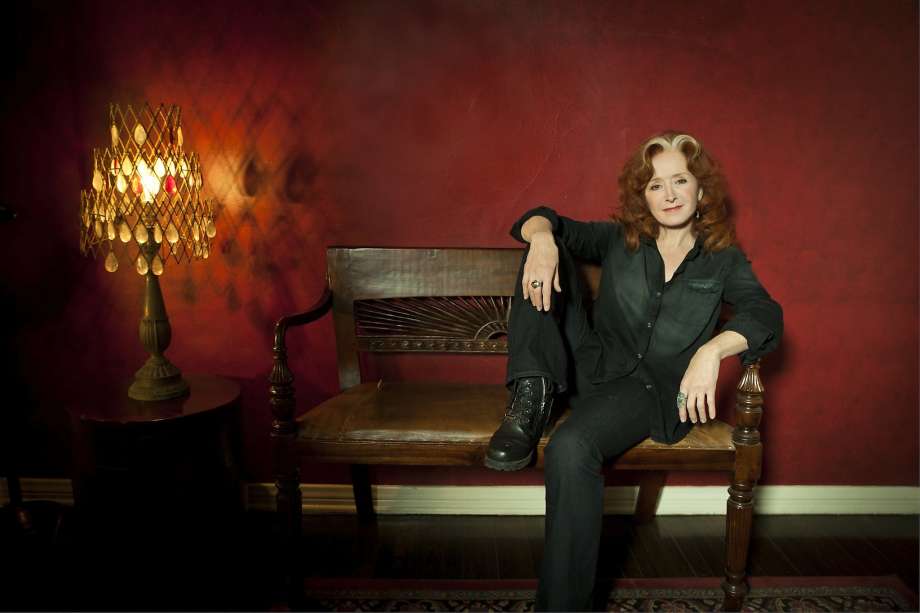 Regardless of the genre they ultimately become associated with, most musicians worth their salt can cite a varied list of influences that helped create the performer they’ve become. And surely Bonnie Raitt’s list is as eclectic as they come.

Considering the wide array of labels used on her music—from blues to pop, roots to rock—the 10-time Grammy winner and multiplatinum powerhouse could
easily teach a course on the history of 20th-century American music. Of course, rather than talk about it, she’d probably rather teach by playing slide guitar
and singing. Ravinia audiences can expect to be well schooled September 3, when her Dig in Deep tour arrives at the festival.

Each decade, you look back at relationships and you see them in a different light than when you were younger. 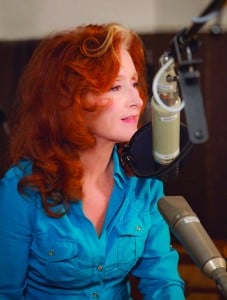 That moniker comes from her 20th album, released in February. Showcasing her signature robust blues-rock blend, Deep has earned Raitt some of the best reviews of her storied career, and that alone is no small feat.
Of its 12 tracks, Raitt wrote five, which range lyrically from enthusiastic embraces of love and passion (“What You’re Doin’ to Me”) to wistful reflections on heartbreak and later-in-life regrets (“The Ones We Couldn’t Be”).
Meanwhile, never one to shy away from covering other artists, Raitt and her crackerjack band attack popular tracks from two very different groups:
INXS’s “Need You Tonight” gets a deliciously dirty roots treatment, while Los Lobos’ “Shakin’ Shakin’ Shakes” grooves and boogies like always.
Those two covers of late-’80s hits provide a gleeful glimpse into the voluminous music encyclopedia in Raitt’s head.

Naturally, her music education started early. “I remember listening to the radio and early records of Fats Domino and Chuck Berry,” Raitt says during a phone interview with Ravinia magazine. “When I was 7, my neighbor and I turned her doll house into an Elvis shrine,” she adds with a chuckle.
The British Invasion and Motown were also a big part of her youth, and she fell in love with folk music at summer camp. “My counselors would lead songs around the campfire,” she recalls. “That’s when I wanted a guitar, to learn to be like Joan Baez.”

Undergirding those divergent influences was a foundation that came from having two parents steeped in the arts.
Born in 1949 to a Broadway-star father and a pianist-singer mother, Bonnie grew up surrounded by the songs of American musical theater. Known for his booming voice and dashing looks, John Raitt starred in a series of popular shows, including Oklahoma, Carousel, Annie Get Your Gun, and The Pajama Game. Naturally, those compositions were key parts to the soundtrack of her childhood.

It’s easy for Raitt to share fond memories of theater life—especially the times when she and her brothers got to visit their dad for a week each summer while he was touring: “I just remember hanging out backstage, the smell of the makeup and the sound of the orchestra warming up. It was really a thrill. I knew everybody’s parts, not just my dad’s, and all the songs.” 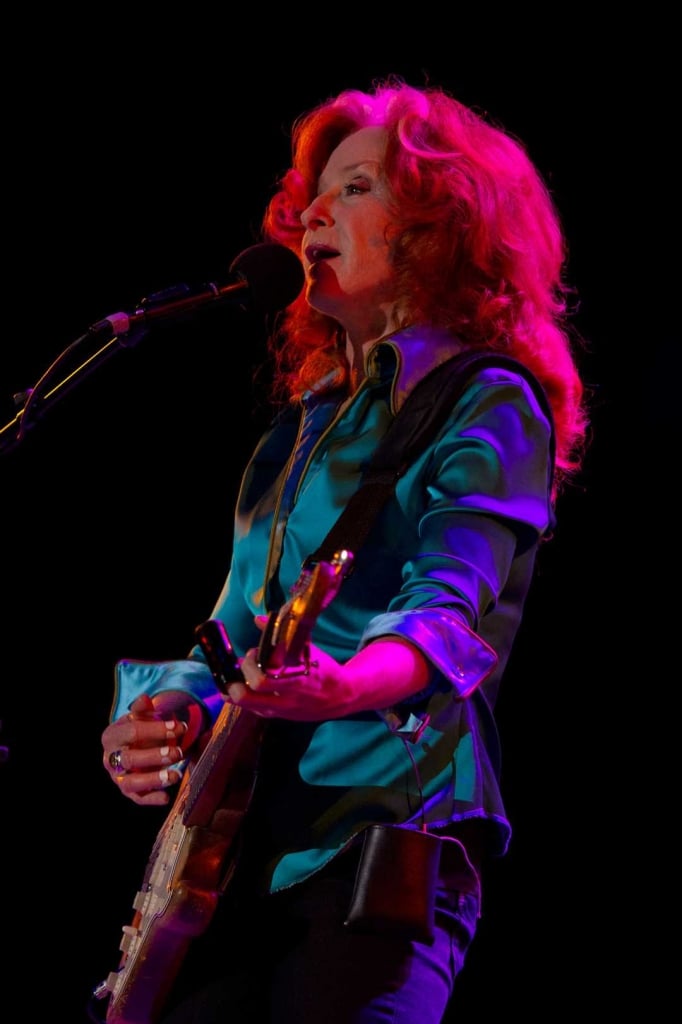 Long categorized by most of her fans as a master of blues, roots, and/or Americana, Raitt began performing when she was just a Radcliffe College student with a guitar. All she wanted was to earn a little extra cash, she says, to “hang out with some blues guys that I really idolized. I didn’t have any plans to do it for a career! That just fell into my lap when I happened to do something that other people weren’t doing, which was playing blues guitar in a way that most women weren’t.”

Meeting those blues legends turned out to be not just personally fulfilling, but the first step in slowly building a lifelong career she says she hadn’t really dreamed about. One year after opening for blues giant Mississippi Fred McDowell at a small New York venue in 1970, Raitt released her first album on Warner Bros.
Still, the kind of success that turned her into a household name took nearly two more decades, when the smash-hit album Nick of Time topped the charts and won her the first of her Grammys.

Raitt has no regrets about her career’s slow burn. “I had no interest in worrying about whether my records were hits or not,” she says. “The folk, blues, and roots community—now you can put it in the format of ‘Americana’—isn’t impacted by record sales, or looks, or how old you are. Once you develop your fan base and find critics that like you, as long as you continue to grow and keep doing good music, your fans are going to stay with you.

“I set my sights on the long run and deliberately avoided doing anything that would give me commercial success,” Raitt continues. “For me, to be able to have nine albums and pack 2,000-seat, 3,000-seat places during my 20s and 30s—that’s what I was banking on.”

It was a wise decision in many ways. For one thing, the kind of crazy success she experienced at age 40 with Nick of Time can lead a person in their 20s down a particularly self-destructive path—one that’s only harder to navigate for being played out in public. (Raitt gave up alcohol and other drugs in the late 1980s, and she refers to Nick of Time as “her first sober album.”) But more than that, her pursuit of her musical passion, rather than commercial success, meant that she could perform with some of her musical heroes, many of them African American and little known to the general public. It’s one of her life’s blessings that she most cherishes.

One of those heroes was the great blues singer Sippie Wallace, whom Raitt met in the early 1970s.
“We brought her out of retirement,” Raitt says, “and she toured with me off and on, as well as with her own group, until she was in her late 80s.” The two recorded a duet together before Wallace died in 1986. And there’s also McDowell, the man she regards as one of the world’s greatest slide guitar players. “We were very close, as I was with Sippie,” she says. “We toured a little bit, but he passed away, unfortunately, in 1972, right before I was going to do a duet with him on my second album.
But I learned a lot from him. I just adored him.” 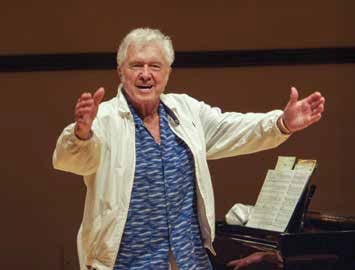 Broadway star John Raitt making his sole appearance at the Ravinia festival for a celebration of Richard Rodgers, also leading a master class for the fellows of Ravinia’s Steans Music Institute – 2002

Of course, there’s another famed musician, now gone, whom Raitt is grateful to have eventually collaborated with: her father. She recorded three duets with him on his Grammy-nominated 1995 release, Broadway Legend. “I really was thrilled to sing with my dad,” she reminisces.

She mined their complex relationship in her songwriting. “Circle Dance,” from her 1994 release Longing in Their Hearts, addresses the love and the longing, recalling a child’s conflicted feelings about his frequent, career-driven absences. “I played it for him,” she recalls, “and he was quiet for a moment. He was very moved by it. It’s one of those things, as you get older—even if you had a great relationship, as I did, with your parents—you look back and you say, ‘You know, they did the best they could. They could have been this, they could have been that.’
But you get wiser with age, and each decade, you look back at relationships and you see them in a different light than when you were younger.”

On her new album, “The Ones We Couldn’t Be” returns to a similar emotional well. “It’s as much about my family as it is about romance,” she says. “One verse is about a romantic relationship; the other one is about my family. Regret—about what to do when a relationship goes stale. That’s something that seems relevant whether you’re 21 or 61.”

And if the different kinds of relationships blend in the listener’s mind, that’s okay, too. Raitt notes with a chuckle, “Ironically, Stevie Nicks started performing ‘Circle Dance’ live, and she had no idea it was about my dad. I think she was singing it about Lindsey [Buckingham].”

Perspective and humor, it seems, remain two of Raitt’s trademarks. When asked about her frequent touring, she reveals how much she loves Ravinia, especially after a long spring touring to indoor venues, but she quickly makes another gently self-deprecating joke: “Some of my favorite gigs have been at Ravinia! … That’s just such a celebration, to be able to play under the open sky like that. It can sometimes get super hot and muggy, but you just get used to it.
Whatever hair style your hair gets into, at this point, at our age, we’re just glad we have hair.” 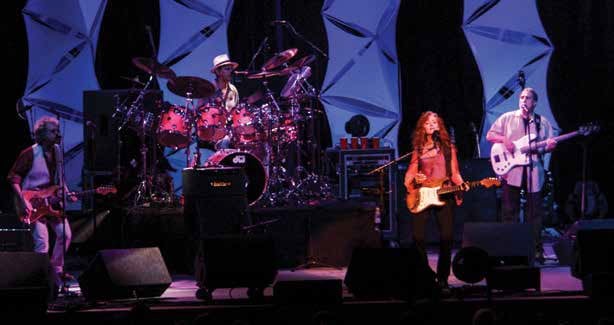 Bonnie Raitt made a thrilling Ravinia debut in 2002.