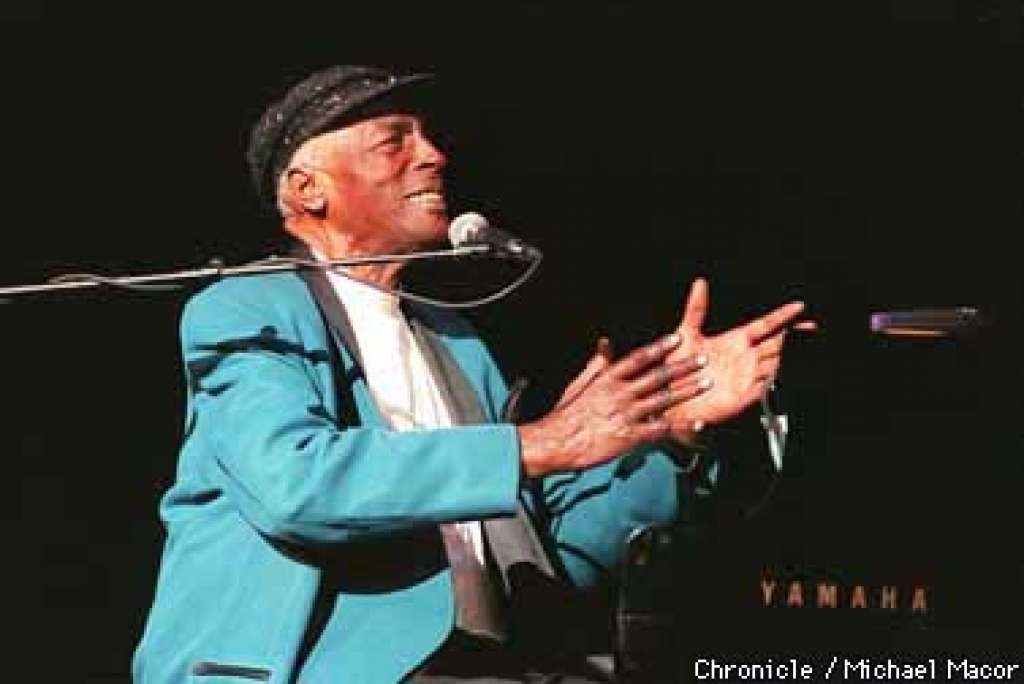 Not long ago rhythm-and-blues giant Charles Brown was working as a janitor, although he was always careful with his fingers because he knew he would return to the piano someday. 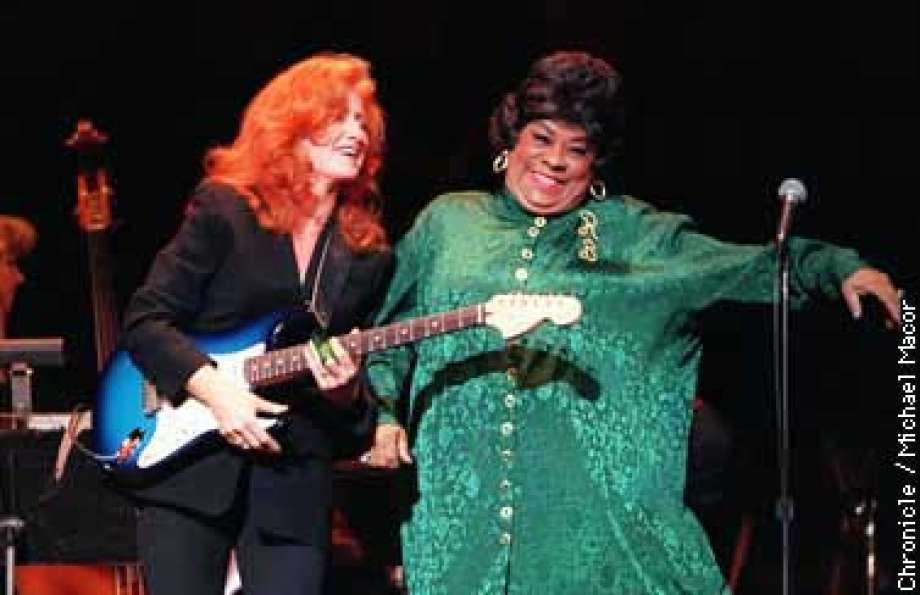 But he probably would never have guessed he would celebrate his 75th birthday in such grand musical style. At the Paramount Theatre in Oakland on Sunday he was saluted by greats such as Bonnie Raitt, John Lee Hooker, Jimmy Scott and Ruth Brown before an adoring house of old and new fans. Charles Brown is not just a landmark stylist in modern American music, a figure whose music helped shape the sound of such disparate artists as Ray Charles and Sammy Davis Jr., but also a truly beloved man. “You can have those Grammys,” shouted a jubilant Bonnie Raitt. “I’ll take Charles Brown.” As the lead vocalist and pianist with Johnny Moore‘s Three Blazers and later, with his own solo recordings, Charles Brown was a huge star among black audiences in the late ’40s, although he was unknown to the white world. As styles changed, Brown’s popularity slipped until, living in Berkeley, he could no longer find work as a musician.

His return, nurtured by guitarist Danny Caron, has been bountiful. Only a few weeks ago, Brown appeared at the White House, where first lady Hillary Clinton presented him with a Heritage Fellowship Award from the National Endowment for the Arts. His appearance at the Paramount capped this year’s San Francisco Jazz Festival.

And when the money started coming in again, Brown moved from his studio apartment in a Berkeley senior-citizen housing project into one of the project’s one-bedroom units downstairs.

A sequined cap now replaces the sleek wigs he used to wear, and Brown has some physical infirmities, but with his long, elegant fingers on the keyboard and his smooth-as-scotch voice on the microphone, he is as commanding as ever.

He sang a duet with Raitt, “Someone to Love,” from one of his recent records. He joined Ruth Brown on a version of her first hit, “So Long,” a record that dates from — their first association as touring colleagues 48 years ago. 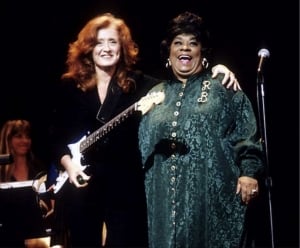 “Charles is truly one of the persons my mama took me to see when I was little,” quipped the stately rhythm-and-blues queen.

A big band led by veteran New Orleans arranger Wardell Quezergue augmented his basic quintet, including both Clifford Solomon, whose sax solos graced many of Brown’s original recordings, and saxophonist Teddy Edwards, a ’50s bopper also undergoing something of a comeback.

Brown played graceful, understated accompaniment behind Jimmy Scott, whose broken-tempo ballad, “Heaven,” brought down the house. Brown tinkled across the dark, ominous rumble of John Lee Hooker, whose own recent recordings have featured Brown on piano, although Hooker’s earthy, raw Mississippi- Delta blues style is far from Brown’s polished, sophisticated approach (Brown, who practices for hours every morning, frequently dashes off a little Liszt or Chopin in those pri vate sessions).

Brown brought out the entire cast minus Hooker to sing his “Merry Christmas Baby” — the ebony “White Christmas” — with Scott, Raitt and Ruth Brown trading lines with the man who wrote the song and sold the rights for $35 a half century ago. The song was recorded by Elvis Presley, Otis Redding and Bruce Springsteen, to name a few.

Charles Brown lived long enough to get his just rewards, something he never counted on happening. He will never have to do windows again.