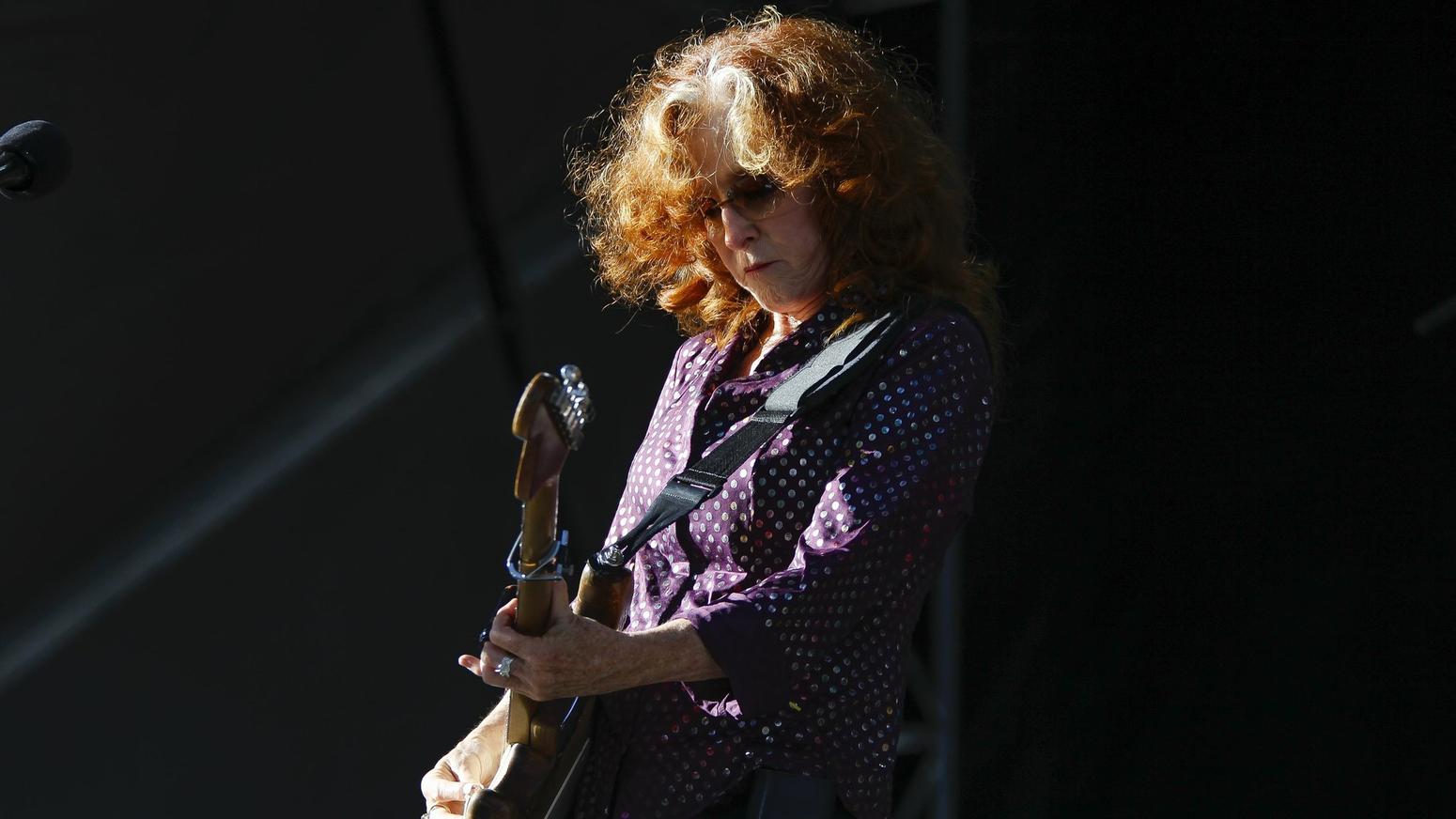 DEL MAR — Sisters were definitely doing it for themselves Friday at KAABOO Del Mar, to paraphrase the title of a still-potent 1985 hit by Aretha Franklin and Annie Lennox.

Indeed, it was barely mid-afternoon at the debut edition of the three-day festival at the Del Mar Fairgrounds when Bay Area country-roots singer Nicki Bluhm pinpointed the core strength of KAABOO’s opening-day lineup.

About four hours later, Crow seconded Bluhm’s sentiments, and elaborated on them, during her own performance on the Zuma Stage, where she followed Raitt.

That list could also include Shelbi Bennett, the gifted lead singer in the fetching San Diego band The Midnight Pine, which also performed Friday at KAABOO (although probably not Icona Pop, the two-woman Swedish electro-pop duo that was scheduled to perform shortly after midnight).

Whether by design or accident, Friday’s lineup featured the highest ratio of female artists. And, while they still constituted a minority of the 33 acts, Raitt, Crow, Bluhm and Stefani delivered more than their fair share of musical highlights.

Raitt, at 65, is the senior member of this very talented musical sorority. But she performed with infectious verve and fire throughout, beginning with a revamped version of The Equals’ 1968 hit “Baby Come Back” that made the short-lived English/Jamaican band sound like it had, in fact, been born and bred in Memphis.

Introducing “Used to Rule the World,” a standout song from her most recent album, “Slipstream,” Raitt quipped: “Remember when we used to rule the world? I don’t.”

Her repertoire mixed choice cover versions (including James Taylor’s “Rainy Day Man,” a reggae-tinged rendition of Gerry Rafferty’s “Right Down the Line” and an exquisite performance of John Prine’s “Angel From Montgomery”) with the rollicking “I Believe I’m in Love with You” and “Something to Talk About,” along with the aching 1989 ballad “Nick of Time,” arguably still the best song she has written.

After finishing “Nick,” she slyly told the audience: “I haven’t been a man – yet. But life’s long; things could change.”

As usual, Raitt sang with soulful elan and played a series of tart, no-nonsense bottleneck guitar solos that accounted for some of the most memorable instrumental moments at KAABOO on Friday. Her band, which included erstwhile Jimi Hendrix and Crosby, Stills & Nash organist Mike Finnegan, accompanied her with a winning mix of precision and loose-limbed spunk.