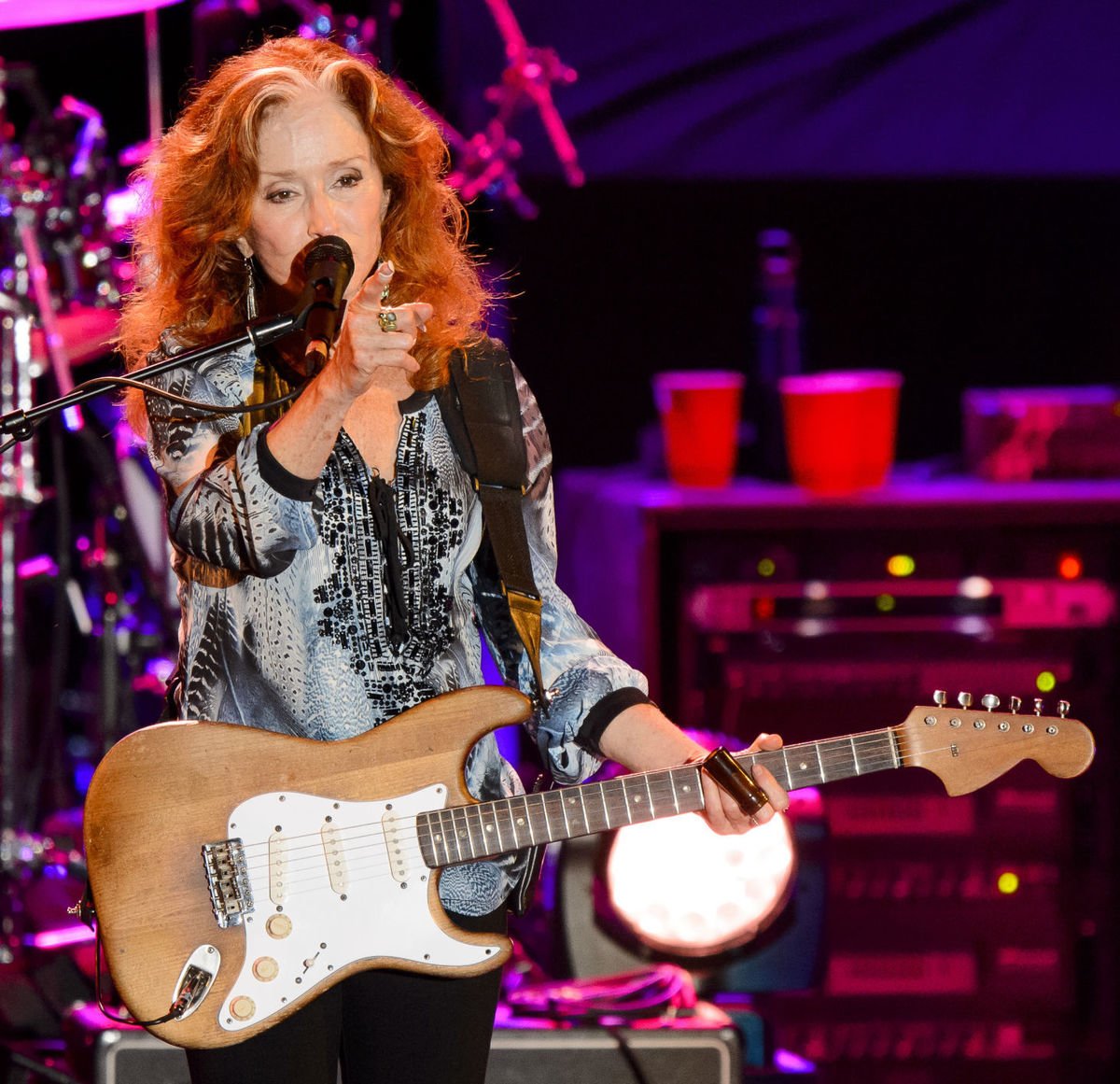 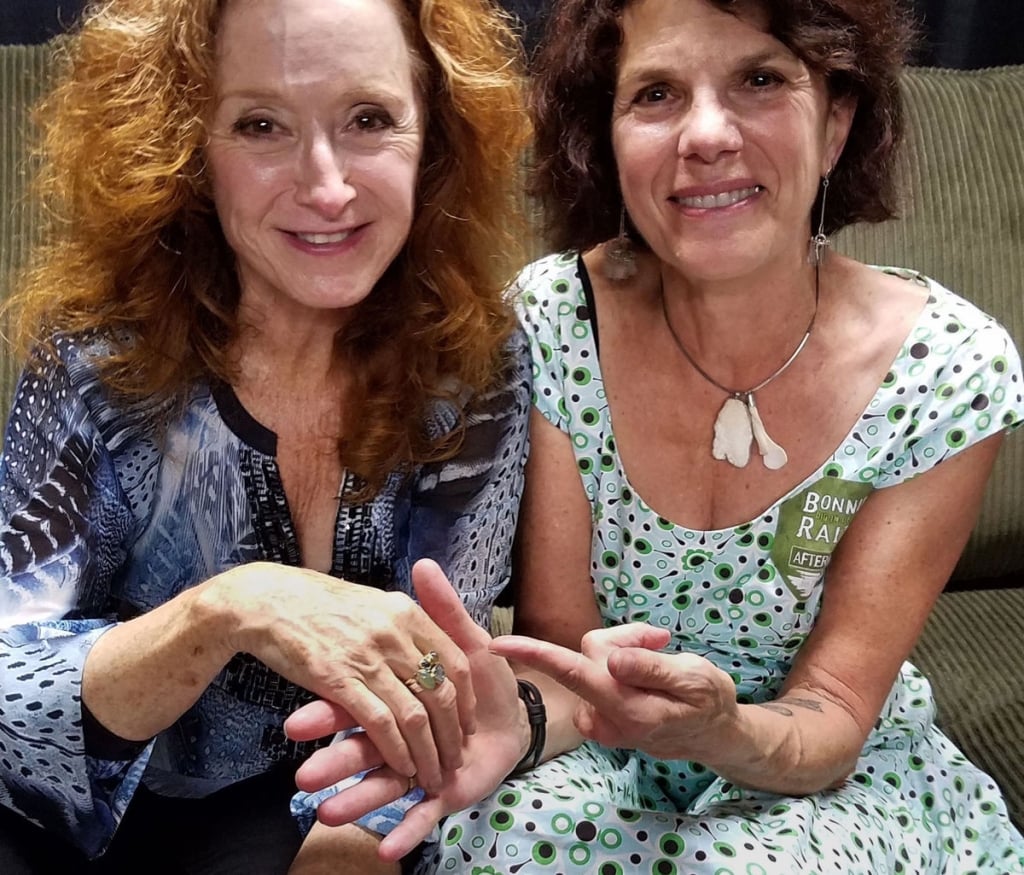 Bonnie Raitt shows off a ring she bought from Lincoln jewelry maker Sydney Lynch at a jewelry fair in California a few years ago. Raitt gave Lynch a shout-out at her tuesday night pinewood Bowl concert. © Craig Roper

The customer wore granny glasses and a floppy hat and Sydney Lynch — the woman whose rings the woman was eyeing at a San Francisco art fair — had no idea who she was.

“Honestly, I talked to her for 20 minutes before the light bulb went on.”

On Tuesday night, the Lincoln jewelry maker met Bonnie Raitt for a second time, backstage after the blues rocker with a voice of gold wowed the crowd at Pinewood Bowl, a designer ring flashing from her guitar-picking right hand.

“It was like hanging out with someone I’ve known forever,” Lynch said.

Lynch has been making jewelry forever and is nationally acclaimed for her one-of-a-kind designs — rings and necklaces, earrings and bracelets inspired by nature, gems set in gleaming gold and oxidized silver and sold in jewelry stores, galleries and at art fairs across the country.

She was tending her booth at the American Craft Council Show in 2014 when Raitt stopped to shop.

“She was with a friend and she’d tucked that mane of gorgeous hair into a big black hat and she was tiny.”

Raitt told Lynch she needed a ring that would stand up to constant wear.

“She said she worked with her hands. I almost said, ‘Oh, are you a potter?’”

(Raitt couldn’t remember the name, so Lynch supplied one: The Zoo Bar?)

That was it. And after more looking and more chatting, Raitt settled on a ring — five stacked bands adorned with three gemstones.

Lynch thanked her. Raitt paid her and signed her receipt: Bonnie O’Keefe.

And that’s when the light went on. Wait, Bonnie? Works with her hands? Loves the blues? (Once married to Michael O’Keefe, although Lynch didn’t know that at the time.)

But she did ask the question.

“It was all I could do to not scream and jump up and down and maintain some decorum,” said Lynch, who does not seem the screaming and jumping type.