Oakland-based celebrity chef Tanya Holland is back for another sit-down at “Tanya’s Table,” a podcast that puts cultural, culinary and social issues on the front burner.

Bay Area chef Tanya Holland is drawing on the comfort of a home-cooked meal around the kitchen table – and a microphone – to show that people have more in common than they think.

“I get excited when I can learn something from people and connect with them in a way they might not expect,” says Holland, owner and executive chef of Brown Sugar Kitchen, the Oakland restaurant famous for its creative interpretations of soul food.

Holland enjoys getting to know each person’s unique relationship to food. She says, “I don’t even know the ideology of half these people, or what their religious beliefs might be. That’s not important. We have discovered that we have more similarities than differences. We have to unite.”

The goal when making “Tanya’s Table” was to create a kitchen table atmosphere where guests and listeners feel comfortable and at home. And the episodes, which typically run about an hour, don’t necessarily focus solely on food.

“I want it to feel like a conversation and not an interview, so it feels like organic topics will happen, just like if you were sitting at a kitchen table,” says Holland. 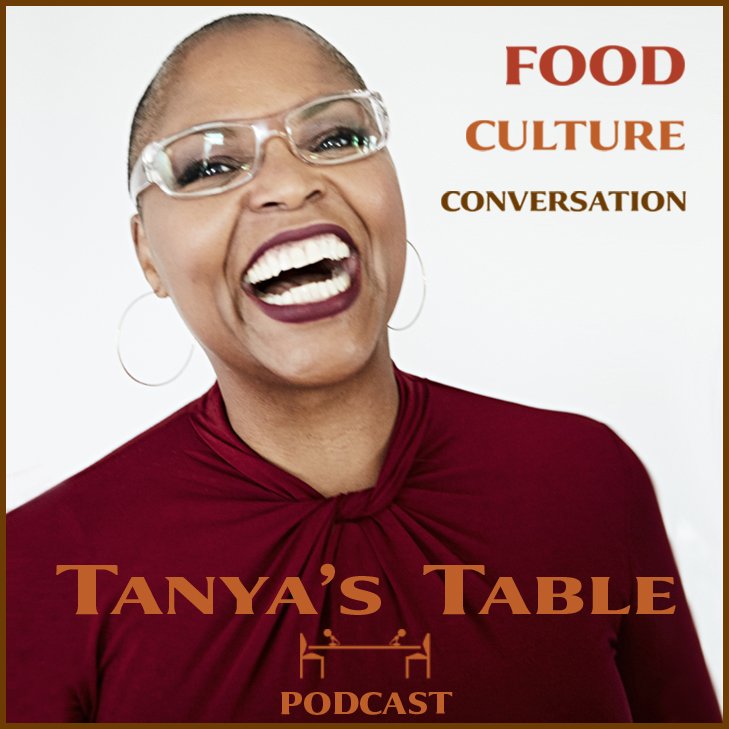 Tanya’s Table – MuddHouse Media
Tanya’s Table Podcast Come and sit down at this table, Tanya’s Table, with acclaimed chef/restaurateur/cookbook author Tanya Holland of Brown Sugar Kitchen. We will learn from some of the most interesting people in our culture today. We have so much to learn from each other. The more we know, the smarter, more kind and more understanding we become. The world could use a large dash of that right now! We will engage in many topics tethered by food and culture. Let’s learn together to make our world better. Let’s break bread.

Creating a podcast in the middle of a pandemic was an adjustment for Holland, whose specialty is gathering people together for a good meal. She says, “Doing a podcast, you don’t get that other sensory experience that you get off a person when you see their smile and feed off of their energy.”

But she found a silver lining, in that the world began to work remotely. “The bonus is that a lot of people who I wouldn’t normally be able to access have been available,” she says.

It isn’t an accident that the second season of “Tanya’s Table” comes at a moment when people are missing sharing meals with loved ones and the nation’s political division hangs over every interaction like a shroud.

“It chimes in with where we are at this point. The timing was great with the inauguration,” Holland says.

She hopes listeners will get more from the project than the standard conversation they may expect. “It’s really just about finding those simple things that we have in common and realizing that we can all get along.”

Holland burst onto the Oakland scene more than a decade ago, introducing diners to her new-style soul food. Since then, she has earned Michelin Bib Gourmand honors for fabulous but affordable food, published a cookbook (“Brown Sugar Kitchen: New-Style, Down-Home Recipes from Sweet West Oakland”) and appeared on the Food Network’s “Top Chef.”

In November and December 2020, she created “Tanya’s Kitchen Table” programming for the Oprah Winfrey Network, demonstrating such recipes as Salmon Wrapped in Collard Greens with Creole Mustard Sauce and Creole Dirty Rice.

Her Brown Sugar Kitchen is currently cooking for takeout and delivery as well as preparing meals for nonprofits via the Oaklanders Serving Oaklanders initiative.