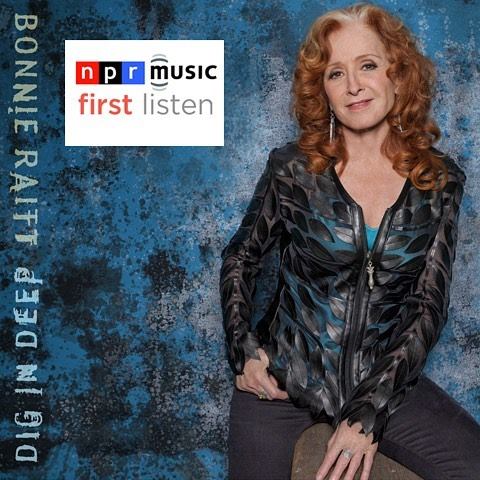 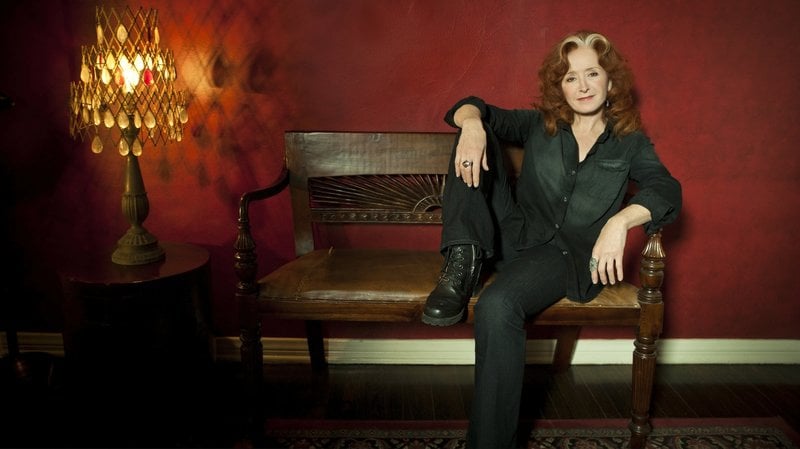 A few years back, both Adele and Bon Iver invoked Bonnie Raitt‘s adult-pop sophistication with their wistful covers of Mike Reid and Allen Shamblin’s “I Can’t Make You Love Me,” a ballad she’d made famous at her early-’90s commercial peak. It was a reminder of the influence that Raitt’s full-grown insight has exerted on many serious songwriters and interpreters who’ve come along after her. Still, teasing out the emotional nuances in the stories she’s chosen to tell is only one of the ways she’s displayed depth over the course of her four-and-a-half-decade career.

What Raitt has done on her 20th album is go deep in the pocket, leaning on her gifts as a sensitive bandleader, bottleneck guitarist and producer, not to mention a paragon of modern blues expression. In interviews about Dig In Deep, she’s spoken of shaping this dozen-song set not around concept so much as feel — of going after the grooves that she’d wanted to perform night after night. While there are some very fine ballads of regret in the mix — like the gracefully resigned, keyboard-padded “Undone” and “The Ones We Couldn’t Be” — it turns out that she was really in the mood to plunge into meaty blues, R&B and rock ‘n’ roll with her longtime road band.

A couple of ’80s rock tunes made the cut because Raitt heard in them the potential for sensual play. She and her bandmates amped up the already frenetic boogie of Los Lobos‘ “Shakin’ Shakin’ Shakes”; twice, she and her guitar foil George Marinelli swap unhinged solos, weaving her signature incandescent tone around his serrated attack. Covering INXS’s “Need You Tonight” was an excuse to goose the song’s angular dance-rock with a muscled-up rhythm section. And you can tell that Raitt relishes those fleeting moments when the entire band drops out, leaving her to vocalize with teasingly seductive intimacy. Her salty-sweet singing is a touch more hoarse than it once was, but she embraces the grit, making shrewd use of its lived-in physicality.

Several of the originals showcase the group’s musical repartee: The strapping shuffle of “What You’re Doin’ To Me” and the chugging propulsion of “The Comin’ Round Is Going Through” give her sauntering delivery something solid to push against, and the sleek syncopation of “If You Need Somebody” hugs her sly vocal phrasing. In “Unintended Consequence Of Love,” drummer Ricky Fataar and bassist James “Hutch” Hutchinson embellish their robust groove with funky anticipation and frisky, swinging ghost notes while Raitt coaxes a lover into rekindling erotic desire. “Let’s dig in deep and get out of this rut,” she sings. “We’ll get back to what brought us both together, baby, and find a way to resurrect our strut.”

Raitt’s approach to music-making set the tone for performances that have every bit as much to say about the importance of sharing in pleasure and being in sync as the lyrics do. Her responsiveness to her fellow musicians, and theirs to her, provides a lesson in how good it can feel to figure out how you fit together. For her, musical and emotional intelligence are inextricably intertwined.