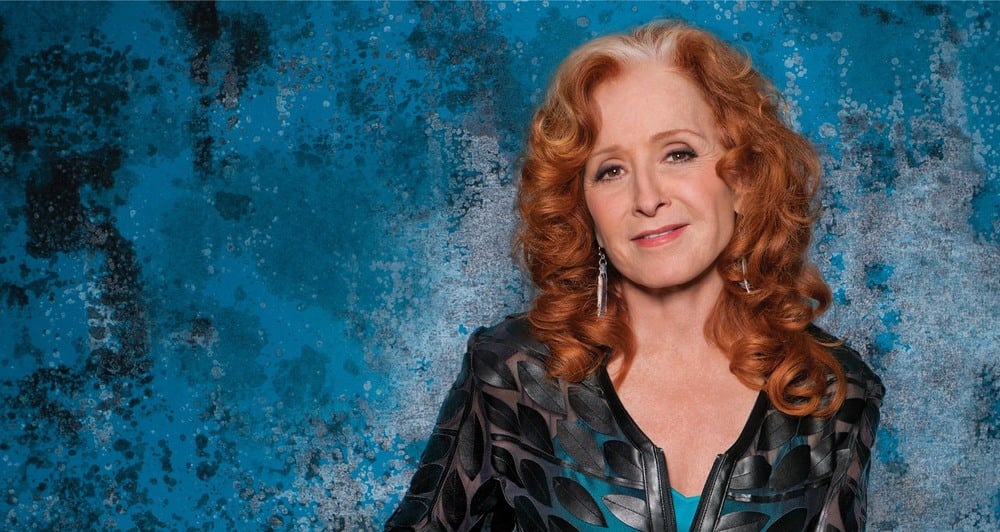 1. No one sounds like Bonnie Raitt. No one ever has, no one ever will.

Across her five decades long career, the combination of Raitt’s soulful, crystalline voice, virtuoso slide guitar prowess, and steadfast devotion to the blues has remained truly unique, rendering any and all comparisons to her singular style and sound futile. With an unparalleled dedication to her craft that, quite remarkably, intensifies with time, Raitt is an ageless, peerless wonder who has always embodied the power of music to move hearts, souls and minds.

Granted, in the past twenty years, Raitt hasn’t returned to the impressive commercial heights she scaled with the successive multi-platinum triumphs of Nick of Time (1989), Luck of the Draw (1991) and Longing in Their Hearts (1994). Nevertheless, she has continued to deliver albums and songs of the highest caliber, racking up Grammy Award nods along the way, while cementing her legacy as one of the most dynamic live performers ever to grace the stage.

So as Raitt releases her seventeenth studio album, Dig In Deep, one may reasonably wonder what motivates her to continue making new music, when she has seemingly achieved it all.  “I was only interested in doing this if I could continue to grow—find new songs and new combinations of ways to play things,” Raitt explains in a recent Entertainment Weekly interview. “My role models were old R&B and blues artists, Tony Bennett and my dad; artists who’ve gone into their older years growing richer. I’m modeling myself after them. People only get more interesting and deeper as they get older.” Even the most cursory of listens to Dig In Deep, the second album she has released through her own Redwing Records, reveals that the latter statement describes the 66 year-old Raitt to a tee.

With her signature mix of sophisticated swagger and raw emotion fully intact, Dig In Deep is arguably one of Raitt’s most rewarding albums to date, replete with buoyant grooves and propulsive stompers, balanced with more stripped-down, evocative fare. Long revered for her masterful interpretations of other songwriters’ compositions, most notably John Prine’s “Angel from Montgomery,” the late Allen Toussaint’s “What is Success,” John Hiatt’s “Thing Called Love,” and Mike Reid and Allen Shamblin’s “I Can’t Make You Love Me,” Raitt offers seven renditions of others’ work across the album’s twelve tracks. Most enjoyable among these are the rollicking rhythm of Los Lobos’ “Shakin’ Shakin’ Shakes,” the plaintive beauty of Bonnie Bishop’s “Undone,” the acoustic balladry of Joe Henry’s “You’ve Changed My Mind, and the intriguing reworking of INXS’ 1988 hit “Need You Tonight.”

RELATED
Bonnie Raitt digs in deep, in music and conversation

Dig In Deep’s finest moments, however, surface among Raitt’s own songs. In particular, the album’s memorable—albeit very different—bookends are the bona fide standouts, beginning with the slinky, intoxicating funk of album opener “Unintended Consequences of Love.” The contemplative, piano-blessed “The Ones We Couldn’t Be” concludes the affair, with Raitt examining the fragility of relationships and the pangs of regret that invariably ensue in the aftermath of fractured love.

An outspoken political and environmental activist for decades, Raitt has been particularly vocal about the state of American politics in advance of the upcoming election, recently declaring to Billboard that, “To have an auction instead of an election is ridiculous. Regardless of what your political affiliation is, everybody’s pissed off that the top one percent is getting too much of the pie, and how corrupt that is.” Hence the electrified strut of “The Comin’ Round Is Going Through,” which finds the disenchanted Raitt taking morally bankrupt politicos to task and suggesting that karmic forces will pay them a well-deserved visit soon enough. Obviously, the track couldn’t be more timely, in light of the current buildup toward what promises to be one of the more contentious presidential races in recent memory.

If you watched the 58th Annual GRAMMY Awards ceremony a few weeks ago, you may recall when Bonnie Raitt took the stage, flanked by country sensation Chris Stapleton and blues-rock wunderkind Gary Clark Jr., to honor the late blues legend B.B. King with a stirring, reverential performance of “The Thrill is Gone.” Well, Dig In Deep suggests that at 66 years young, the reigning queen of the blues is still more than capable of making music with thrills in abundance.

Notable Tracks: “Need You Tonight” | “The Comin’ Round Is Going Through” | “The Ones We Couldn’t Be” | “Unintended Consequences of Love”

1. No one sounds like Bonnie Raitt. No one ever has, no one ever will.