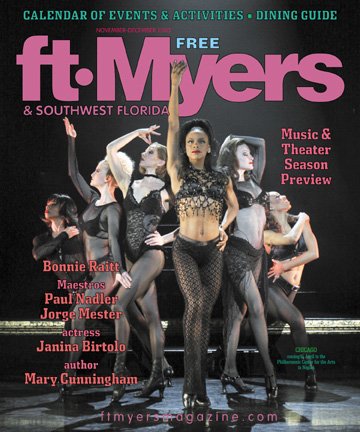 There are a few musicians who after years of toiling, touring, trials and tribulations finally breakthrough into a new level of stardom. And it often seems to be that when they do, they push themselves even further to excel or at worse maintain a high level of consistently strong albums.

After close to two decades in the music business, Bonnie Raitt finally struck gold in 1990 with her Nick Of Time album, garnering four Grammy Awards. While her previous albums were very strong, it was as if Raitt gave critics and music fans something to talk about with that one.

“I can never say anything bad about that because it changed my life,” Raitt says on the line promoting her latest Souls Alike. “Suddenly everybody wanted to hear my record. It was a fantastic opening for people like me, Aaron Neville, Lyle Lovett and k.d. lang—we all won that year and commercial radio often doesn’t play artists like us.”

Since then, Raitt’s albums have often been championed for their swampy, bluesy rock style. But on her latest, she’s branched out somewhat into a melancholic yet quite soothing style on ‘The Bed I Made’ and the tender, reflective ‘I Don’t Want Anything To Change.’

“The songs are somewhat adult and quite complex and not really happy-go-lucky,” Raitt says. “I think the best songs to me are the ones about the things that rub and make you feel a little bit uncomfortable. Sometimes the song’s feelings aren’t always positive ones.”

And while the issue is never openly addressed, the sadness on some songs mirrors Raitt’s personal life over the last year. Her father and Broadway legend John Raitt passed away in February 2005 at the age of 88. Raitt says working on Souls Alike wasn’t an escape from the loss, but rather a welcomed change.

“It was someplace else to go that occupied my time,” she says. “It was a little bit more difficult to make a record in those circumstances of having such an ill parent. We were doing it in Los Angeles and that’s where my father was recuperating or still trying to recuperate.”

As for making Souls Alike, Raitt wasn’t too concerned with creating her own songs. Instead she opted to pour over piles of discs to showcase the hordes of talented but terribly underrated singer-songwriters.
“It is really difficult to find songs that fit and that thrill me,” she says. “Even though I love songwriting, some of my biggest thrills are to go on song hunts and just listen to hundreds of CDs. Sometimes it’s frustrating and when I think I’m not going to find anything I’ll turn up one of these jewels which are found on this record.”

“That was one of the first songs I found,” Raitt says. “I love that particular groove—there’s an element of Little Feat to that groove and I’ve always liked Wurlitzer and slide guitar.

“Emory is one of the most inventive and original songwriters I know. All of those songwriters I could have done five or six of their songs. When you can find a match where people are singing things you wouldn’t be able to access yourself and hearing the truth coming out of them, you know you’re going to sing it.”

Another song of note is the leadoff track, ‘I Will Not Be Broken,’ composed by the same songwriting team responsible for Eric Clapton’s ‘Change The World’ and Raitt’s 2002 hit ‘I Can’t Help You Now.’

“I Will Not Be Broken’ was such a perfect fit for me stylistically and also thematically,” she says. “I had actually recorded the record right after the [2004] election, so it was kind of soothing for me to be able to sing ‘I Will Not Be Broken’ after the election turned out a little different than what we had hoped for.”

Raitt, who performed on the Vote for Change tour in 2004, also wore another hat for Souls Alike, producing the album herself for the first time. But it wasn’t all that arduous a task.

“I’ve been working with the exact same band that was on Silver Lining and the rhythm section I’ve been on the road with since the early ‘80s,” Raitt says. “We really work like a great machine now, almost like a jazz group in the sense that we don’t work things out beforehand, we let the spontaneity, versatility and chops of each member of the band flow.”

Aside from the album, Raitt also released a Live at Montreux DVD in recent months. The DVD contains footage of a 1977 performance as well as a 1991 concert.

“We found out that somebody had filmed that years ago unbeknownst to me and they said we’re going to put it out,” she says. “I said, ‘Oh no, wait a minute, you got to give me a chance to check it out in case there’s something embarrassing on it.’ I pulled off a couple of songs that I thought were too fast.

“There’s some stuff that made me cringe, but there’s also stuff that brought me great joy to be able to see that it had been preserved. I don’t know if anybody enjoys watching themselves on TV. But it’s like dental work—you have to pay attention.”

After asking what her father would have thought of the album, Raitt seems more than eager to answer.

“He was around me for the 35 years I was playing and he was always appreciative of it, especially the older blues and the ballads,” she says. “He was as much a fan of mine as I was of his.

“I miss him very much and I’m so glad that somebody asked about him because he was so important to my life. I think he was incredibly accepting of all the aspects of my life—romantic and late nights—he never gave me a lot of grief about any of it. He just wanted me to be healthy and happy.” •

Headstock – Bonnie Raitt
The queen of slide on the revelation of acoustic blues, finding the right guitar and why it pays to know when you’ve had enough

RELATED
Listen to Bonnie Raitt on The Strombo Show - March 6, 2016