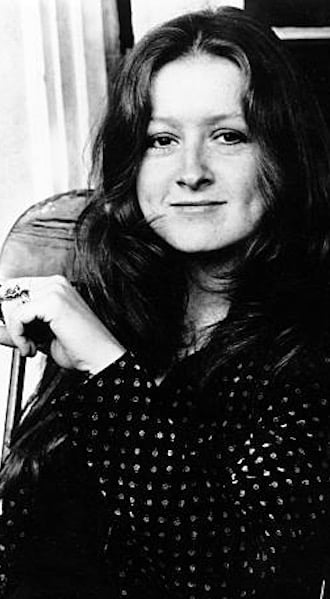 Armed with an electric guitar and a lovely voice, Bonnie Raitt came out ahead of Jackson Browne during their evening performance (one of two shows) at Popejoy Hall.
Greeted by a wildly enthusiastic capacity crowd at night, as opposed to a polite one in the afternoon. Bonnie played two different sets of well-chosen material. She played songs like Aretha Franklin’s “Baby I Love You” during the night show, while she played a standard set during the previous show.

HER MATERIAL included two beautiful original tunes, some gutsy blues, some lively numbers with Bonnie on slide guitar, and a downer encore (she always does slow, sad songs for encores) of Randy Newman’s “Guilty” during the evening performance. The encore number for the afternoon show was “Love Has No Pride.” Bonnie does “Guilty” with even more conviction than Newman or Cocker.

Somehow Jackson’s set wasn’t as strong as it was last year. For one thing, he left out “Song for Adam,” one of his prettiest songs. The other songs he chose to do (that he didn’t do last year) sounded very similar to each other. Yes, they were nice songs and the lyrics were outstanding, but some of them just weren’t attention-holders.
This year Jackson seemed impersonal and detached, which made it harder for one to become involved with his music. The Jackson of last year was warmer and gave his very personal songs more intimacy. His anecdotes last year were amusing and lent to his charm, while this year they were limp by comparison.

HE DID exceptional versions of “Everyman,” “Rock Me on the Water,” “Dr My Eyes,” and “Take It Easy.” He also did the title cut off his new album “Late for the Sky.” Although Jackson deserves most of the credit, one of his side-men David Lindley on guitar, violin, and lap steel certainly was another reason why the above songs were so well-done.
Bonnie and her band joined Jackson for the finale of the evening show — an exuberant novelty song.

Bonnie has a new album out. “Streetlights,” that’s different from her other three blues-oriented albums. It is a more commercial album, with strings and horns on some of the songs. Bonnie’s not happy with the LP, because it lacks her own distinctive style.
“The situation with ‘Streetlights’ is real different than the other three,” she explains, “I have a deal with Warner Bros. Records where I’m in complete artistic control — where I hire the producer and the musicians, pick the studio, and decide which songs to do.
–ON MY THIRD album (‘Takin My Time’) Lowell George (guitarist of Little Feat) started producing it and we didn’t get along We did half the record. Then John Hall, another good friend of mine, with his own group, Orleans, ended up producing the rest of it. We went way over budget because it had to be done twice.
“I had an independent production deal with Warners, where they give me the money and I give them the tapes. I went over budget and that left me with like $10,000 for ‘Streetlights’ which I couldn’t make for $10,000. So, Warners said ‘We won’t let you work with John Hall anymore. If you want some more money you gotta work with a track producer.’
“So we started looking around in March and all the people on Warners — they have Ry Cooder, Randy Newman, Maria Muldaur, Lenny Waronker, Russ Titelman, and Ted Templeman, which is why I went on the label — were real busy. Allen Toussaint was busy, too.”
Bonnie had wanted to use David Spinozza as producer (he’s produced one of James Taylor’s albums), but wasn’t able to. So she eventually decided on her friend Jerry Ragavoy, owner of a New York recording studio called the Hit Factory. He’s written “Piece of My Heart,” and produced underground rhythm and blues records.
“HE’S IN HIS 40’s,” she says, “and I assumed that the album would just end up, at worst, kind of up town with strings and horns.”
Bonnie had problems finding material for the album She had been busy and didn’t have a chance to write songs herself. “I must’ve listened to every songwriter.” she says, “Tony Joe White, all the Canadian songwriters, all the other women, people who sent me tapes. I listened to like 120 tapes of kids that I’ve met along the road that said ‘I write songs.’
“I listened to all of them and there wasn’t anything. All the people whose songs I’ve tended to use, didn’t have any this particular year that I really identified with.
“WE HAD TO work in New York City for two months, during the summer, it was 98 degrees and I hated it. We started out and Jerry told me I didn’t have any say as to the song arrangements.
“But it was great to work for the first time in a professional studio situation (she recorded her first album in a garage), even though I hate working in a structured situation.”

“I like to jam with the tune first and find the best arrangement and then record it. If we can’t get it live with everybody playing at the same time, then the song isn’t worth doing “

But this time she couldn’t do it that way. Instead she and her musicians had to lay down individual tracks at different times. “I don’t believe in recording that way, but I had no other choice,” she says.
Bonnie doesn’t like many of the arrangements and finds the first side of the LP boring. “There’s about five cuts that I sort of like on it. I like ‘Ain’t Nobody Home,’ which is a Jerry Ragavoy tune.
“But the album would’ve been better if we had a lot of time and Jerry could have written some stuff, but I was the first white person he’d produced besides Allee Willis who writes her own tunes. It was new for him and it was new for me.
“MY RECORDS consistently sell about 100.000 which pay for themselves and it’s fine. I don’t make any money from them anyway. I mostly make my living from and care about live performances more than records, but I don’t want the records to be bad.”
“I think they should be something like a term paper you have to put out once a year. I don’t particularly want to do a commercial hit record because then you have to keep coming up with another one.” Her next album will probably be live.

After 2½ years of being accompanied onstage by only her guitar and then being accompanied by her bass player Freebo for 2½ years more, Bonnie finally has a backup band. She started using it after her third album, feeling the need for it.
“I’d like to share the load more, and not be billed just as ‘Bonnie Raitt,’” she says. She’d rather have a band along the lines of Paul Butterfield’s Better Days where the other members are spotlighted too.
BONNIE HAS A lot of respect for old blues musicians and works with them whenever she gets a chance. She’ll soon be performing with Mose Allison at Lincoln Center and in Boston with Buddy Guy, Junior Wells and 87-year-old Sippie Wallace.
Currently Bonnie is on a 50-city tour with Jackson Browne “I haven’t had a vacation now since April 30th,” she says “so after this tour ends on Nov 27, I’m going to take a long one.”
Bonnie’s featured in a new book, by her friend Kathy Orloff, called “Rock and Roll Woman.” Kathy does long interviews with Bonnie, Claudia Lennear, Grace Slick, Wendy Waldman, Linda Ronstadt, Maria Muldaur, Carly Simon and others.
Bonnie, Joni Mitchell and Maria Muldaur will also be featured in a couple of weeks in a Time Magazine cover story “Women In Rock.”