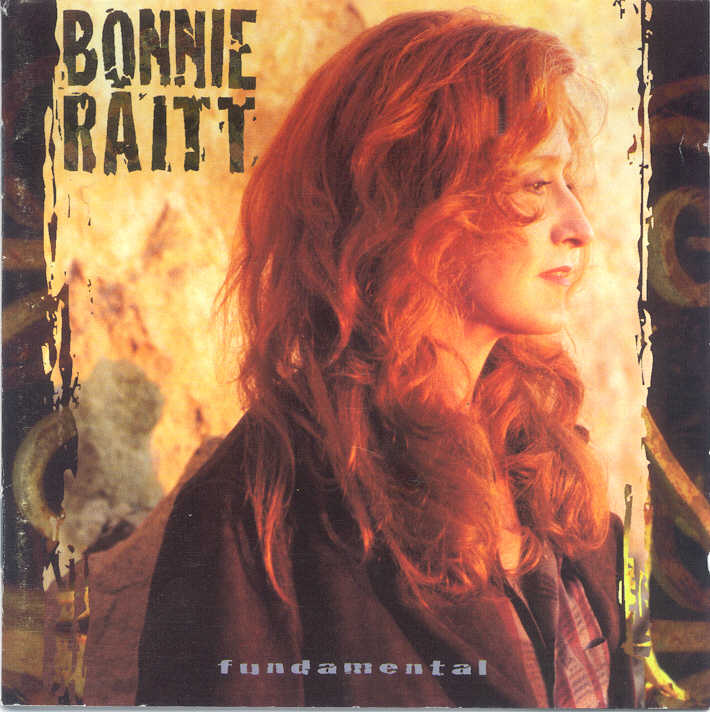 What strikes you first about the new Bonnie Raitt album is the unmistakable sound of a band rocking out in real time, and that’s why “Fundamental” is reminding everybody of the singer’s 1971 self-titled debut. “We recorded live on four tracks because we wanted a more spontaneous and natural feeling in the music,” Raitt wrote in the liner notes to that album, “a feeling often sacrificed when the musicians know they can overdub their part on a separate track until it’s perfect. It also reflects the difference between music made among friends living together in the country and the kind squeezed out trying to beat city traffic and studio clocks.”

“Fundamental” returns to that aesthetic strategy, and it’s a blast of fresh air after the accomplished but increasingly hermetic records Raitt had been making with producer Don Was. When 1989’s “Nick of Time” won Raitt a mass audience after years of being a critical do-gooder favorite and commercial disappointment, it was a victory shared by everybody happy to see a worthy talent finally coming out on top. The follow-up records she made with Was, “Luck of the Draw” and “Longing in Their Hearts,” ensured Raitt a successful career playing to summer sheds full of baby boomers (think James Taylor playing bottleneck blues), but they also started to feel bound by the polite, well-groomed sound defined by “Nick of Time.”

On “Fundamental,” producers Mitchell Froom and Tchad Blake collaborate with Raitt to make a record that exploits her quarter century as a working musician. The swampy sound of Raitt’s slide slipping over the strings of her Stratocaster is one of the sweetest musical signatures in popular music, and a major element in Raitt’s enduring appeal is that she’s always been a player in the band, a musician more than a personality. And the “Fundamental” band is exceptionally fine, with Froom on keyboards, Steve Donnelly on rhythm guitar and a rhythm section of drummer Pete Thomas (of Elvis Costello’s Attractions) and bassist Joey Spampinato (of NRBQ).

The production of “Fundamental,” cut mostly live in the studio in a month flat, is not as whacked as that of records that Froom and Blake have made for Los Lobos and Suzanne Vega, but its tracks are rich with sweaty details. You have to work to get a cymbal to sound as cheesy as it does on “Spit of Love.” David Hidalgo of Los Lobos plays a biting, B.B. King-style blues guitar on his “Cure for Love,” while Raitt’s fingerstyle acoustic guitar on “Round and Round,” an obscure chestnut written by Willie Dixon and J.B. Lenoir, conjures the beguiling charm of Mississippi John Hurt. Froom’s inventive keyboards range from the bluesy organ of “Meet Me Half Way” to the Beatles-esque electric piano that anchors “Blue For No Reason.”

Raitt’s slide guitar is always a treat. Though she certainly learned a lot from blues legends like Fred McDowell — his “Write Me a Few Lines” and “Kokomo Blues” have long graced her concert repertoire — she was even more profoundly influenced by the sustain-drenched slide of the late Lowell George. You can hear his spirit as Raitt’s guitar crackles into feedback on the roiling “Spit of Love,” her best new composition, and as her slide solo succinctly complements her world-wise vocal on John Hiatt’s “Lover’s Will.” Throughout the album, Raitt sings of the struggles to maintain romance when youth is as distant a memory as first love. But the music’s frisky virtuosity suggests that one way to keep the spirit of romance alive is to just get out there and play.