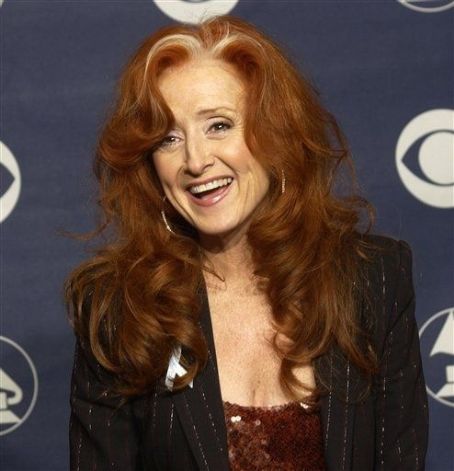 Slide guitarist Bonnie Raitt will be in Calgary to play the Jubilee Auditorium Wednesday. She’ll be touring her new album Souls Alike.

When you’ve achieved and seen as much as she has, people call you Ms.

Ms. Bonnie, that is.

Speaking from somewhere, “north of San Francisco,” Bonnie Raitt sounds eager and enthusiastic as she talks about her music, her life and the legends who taught her about the blues, racism and whisky.

It’s refreshing to hear from a woman who is touring her 18th album, Souls Alike, and who has been playing music since she got her first guitar when she was eight, in 1957.

“It’s what I do for a job, and I’m not ready to retire yet,” says Raitt, who is playing the Jubilee Wednesday.

“I’m just in the most rewarding part of my life.”

And that’s saying a lot.

“That one record changed my life,” says Raitt.

It was the late ’60s when Raitt moved from L.A. to attend Harvard, where she majored in social relations and African studies.

Between classes she’d play her blues and slide guitar at “coffee house gigs.”

She was influenced heavily by such artists as Joan Baez and Bob Dylan, who were making heads turn with their protest songs.

“I wanted to change the world with this protest music, folk music.”

That love of folk and blues landed her in a circle of friends who travelled to blues festivals.

“These are the guys I called legends, and here I was on tour with them … and I never really considered myself anything more than an opening act.”

But by then, Ms. Bonnie was one of them.

She toured with the likes of John Lee Hooker and Muddy Waters and learned a valuable lesson for a blues player: “How to drink.”

She also learned where these artists found their inspiration.

“For these men and women, being black in America, in the south … was really, really hard,” says Raitt. “It was crazy for me to learn all about the racism in the south, being a girl from L.A. hanging out with all these people from Mississippi and Alabama.”

And it didn’t hurt her abilities as a musician either.

“Just getting to listen to them and to soak it all up was just spectacular.”

Raitt says it was her abilities as a guitar player that won her the confidence of these blues men.

“Because I could play surprisingly well, I didn’t have it too bad,” she says.