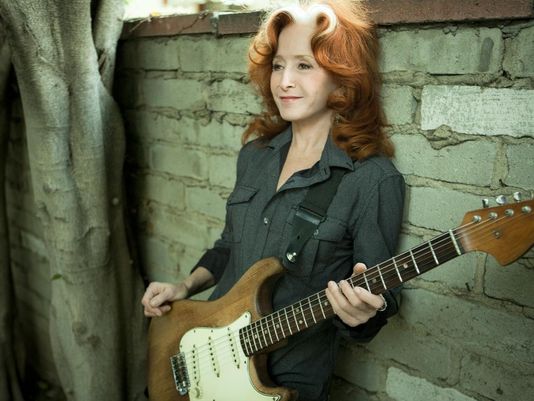 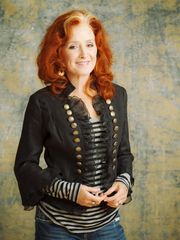 She returns to the Coachella Valley on Sept. 19 to perform at Fantasy Springs Resort Casino.

It’s been a busy two-and-a-half years since Bonnie Raitt graced a Coachella Valley stage with her slide-guitar skills and venerable talent.

The 10-time Grammy winner was fresh off her latest win earning Best Americana Record for “Slipstream,” her 19th album. She was also in the middle of an international tour that took her to Singapore, Australia and the United Kingdom.

She returns to the Coachella Valley on Sept. 19 to perform at Fantasy Springs Resort Casino.

“We’ve made a new album since …. we were back in that area,” Raitt told The Desert Sun.

“I listen for new material all the time. When the 2-year tour cycle finishes I go into it in earnest. I started writing and I started continuing to look for songs and putting together an album.”

It likely won’t come out until early next year though, after what Raitt calls the “holiday sinkhole.” She doesn’t want her album to get lost in all the holiday box sets, so plans to put it out in February.

Sorry fans, there won’t be any new album sneak peeks on Saturday she said. She worries that a potential You Tube leak now, could make it dated by the time it’s released.

“Even though we have a no photographing recording policy … you can’t control when it gets out and it’s just an old tune by the time the record comes out,” she said.

What she does plan to play though, are many of her hits that have helped cement her more than five decade career and create a dedicated fan base.

“With 19 albums out, I’ve got a lot of material to draw from,” she said. “I certainly … play the songs, the hits that people know me for.”

Those include: “I Can’t Make You Love Me,” “Thing Called Love,” “Loves Sneaking up on You,” “Something to Talk About” and “Angel From Montgomery.

“People would be angry if I didn’t at least get around to most of those, especially the ballads,” she said. “When I go hear somebody, I want to go hear the songs that made me especially love them.”

Raitt considers herself blessed to still tour and to do what she loves.

“I love my job. I don’t even consider it a job. We work to play and play to work,” she said.

“You have to accept the compromises you make in your personal life by being on the road that much, especially as a woman. With a dad that traveled a lot I’m very aware of the importance of coming in after six weeks and taking a break at home and keeping the family fires going and keeping your personal life and your health together,” she added.

Her father is Broadway musical star John Raitt, who toured his adult life until he was in his 80s. Bonnie anticipates following suit.

“I do a lot of yoga and hike and I eat right. And I take care of my health…” she said. “I hope I can be like Tony Bennett or Willie Nelson and BB King, bless his heart, they were playing way into their 80s.”

Though, Bonnie is known for her life-long social activism she doesn’t plan to stand on stage and spout.

“I know people are there to hear music. I think a concert is a concert and a benefit is a benefit. People don’t have to worry about being harangued from on stage,” she said.

What she does do though, is donates 50 cents from every ticket to support a variety of charitable causes. She invites people to check out her website to see the various charities.

“Everything from safe energy to music education to fair elections to human rights and justice and humanitarian relief,” listed Raitt.

She spent the morning prior to this interview writing checks for Syrian relief to Doctors Without Borders.

And for fans who want to help out with more than 50 cents a ticket, there is premium seating where they can pay a bit more with the amount above face value going to charity.

With a wide range of fans, including many contemporary pop stars, Raitt considers herself pretty lucky to be in the position of elder stagewoman.

“When I started out I just looked up to so many of the great blues and jazz artists and here I am at their age and now I’ve got young kids coming up to me. “I say ‘hey I’m just part of the Slipstream, I didn’t invent this’,” she said.

And what keeps her excited after all these years is the audience and fans.

“You have a lot of prove every night. Every show is different. Every audience is different. The reason I make records it to find 12 new songs to add into the show and that makes it even more fun, to have new songs and have something new to say.”

RELATED
How sweet it was: James Taylor and Bonnie Raitt charm the Big Gig crowd