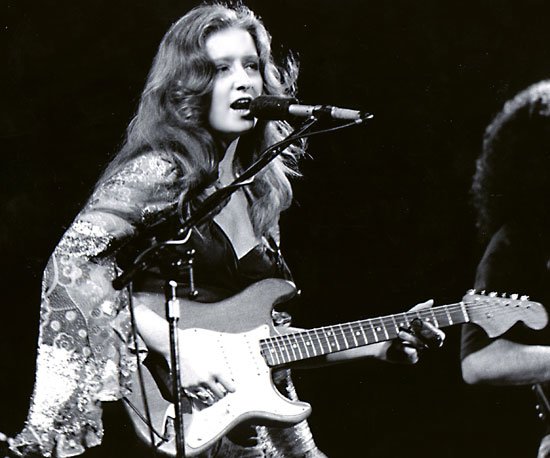 Bonnie Raitt’s 66th birthday was yesterday. The singer-guitarist (she qualifies as bandleader, songwriter and activist, too) was born in Burbank, CA on November 8, 1949, the daughter of the late Broadway actor John Raitt, whose major credits included Oklahoma, The Pajama Game, and Carousel. Wikipedia’s entry on Papa John (“He set the standard for virile, handsome, strong-voiced leading men during the golden age of the Broadway musical”) gives a likely hint as to why Bonnie was so at home hanging with and learning from many of the hyper-masculine leading men of blues in the sixties.

Her background (WASP, upstate New York Quaker summer camp and boarding school, Radcliffe) suggested a quite different direction in life than female blues-rock icon, and that’s an understatement, for there were very few white women immersing themselves in blues culture in the sixties, and even fewer actual musicians among them to serve as role models.

Bonnie’s immediate predecessors included Nancy Harrow, Judy Roderick, Maria Muldaur, and Tracy Nelson, each of whom tended toward the Classic blues of Bessie Smith, Ida Cox, and Chippie Hill; it was Raitt alone who broke new ground in developing an identity and mastery of guitar-driven Delta blues. 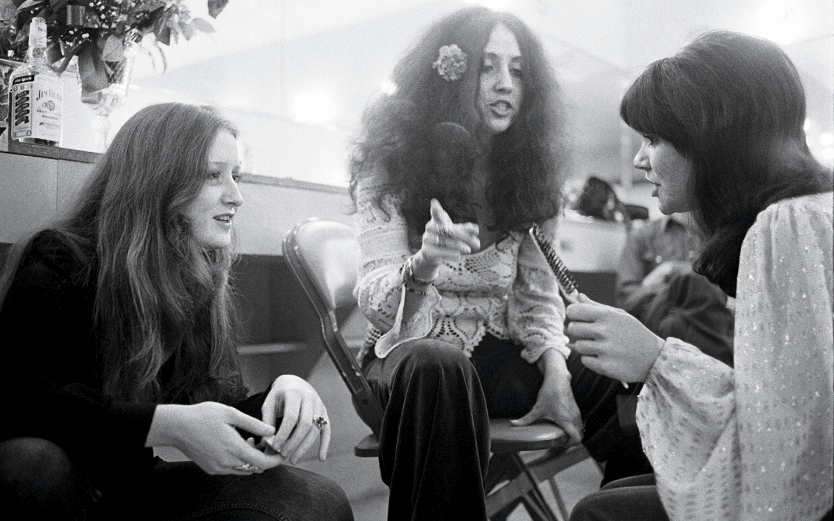 Bonnie’s early models were Odetta and Joan Baez. In Baby Let Me Follow You Down, The Illustrated Story of the Cambridge Folk Years (which I quote throughout this piece), she said she “learned to play guitar” off an Odetta album that she first heard at Camp Regis in 1959. “Then I heard Joan Baez and fell in love. I wanted to pierce my ears and grow thin cheekbones.”
Next came the Elektra album Blues at Newport ’63. There she heard Mississippi John Hurt, Sonny Terry & Brownie McGhee, Rev. Gary Davis, John Lee Hooker, and John Hammond, Jr. It drew her in and made her eager to attend the following summer’s Newport Folk Festival, but at 15, her elders deemed her “too young.”
From the album, John Hurt’s “Candy Man” was especially appealing. “When I heard that, I went, ‘I don’t know what that stuff is, but this guy is so cute, his voice is so cute, and his guitar is so pretty.’ I just had to learn about it.”

Raitt credits her sojourns to summer camp between 1958 and ’65 with “counteracting the whole beach boy scene in California, which I couldn’t stand,” and orienting her to the East Coast world of progressive politics and the civil rights and peace movements. She spent her junior and senior years of high school at Oakwood Friends in Poughkeepsie, NY, and there heard talk of the folk scene in Cambridge. She said she entered Radcliffe in the fall of 1967 “because of Cambridge and the Club 47…I was a regular little freshman wearing my tights, but I soon started listening to the Harvard radio station, WHRB, and found out that some of the guys…were connected with the folk and blues circuit. 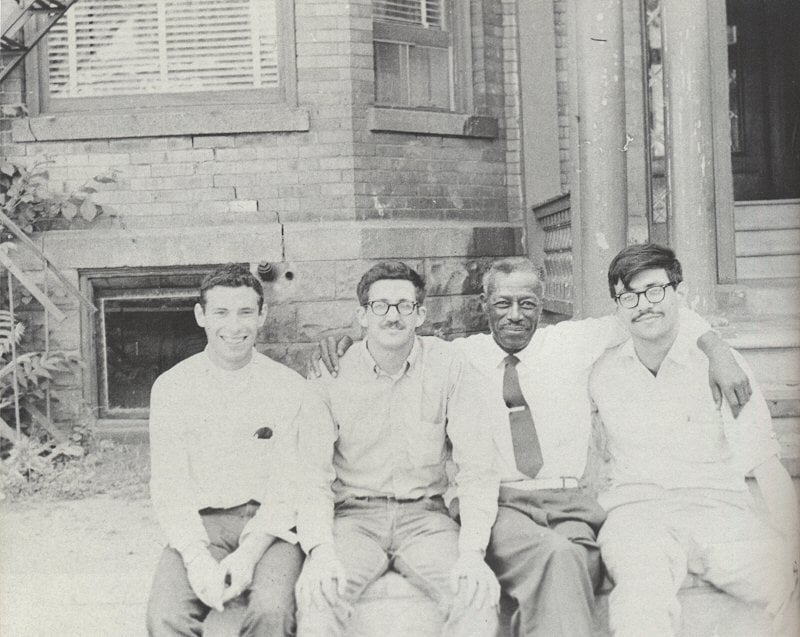 “The first person I saw at Club 47 was Spider John Koerner, who I fell in love with and have never stopped being in love with. I saw Canned Heat. [My WHRB friend] Jack Fertell wouldn’t let me see Taj Mahal because he figured I’d jump the stage! I saw Joni Mitchell wearing that little, red satin, pleated mini-skirt with her hair rolled up. That was it!”
In short order, Bonnie was invited to Dick Waterman’s house and was amazed to discover that “Son House was sitting there! By this time I was hanging out with the blues freaks at the radio station, trading Charley Patton licks and Son House licks…So here was Son House in the flesh, and we actually sat with him all afternoon because Dick had to go out and he didn’t want to leave Son House alone. That was the beginning, boy! After that I really started getting proficient on the guitar.” 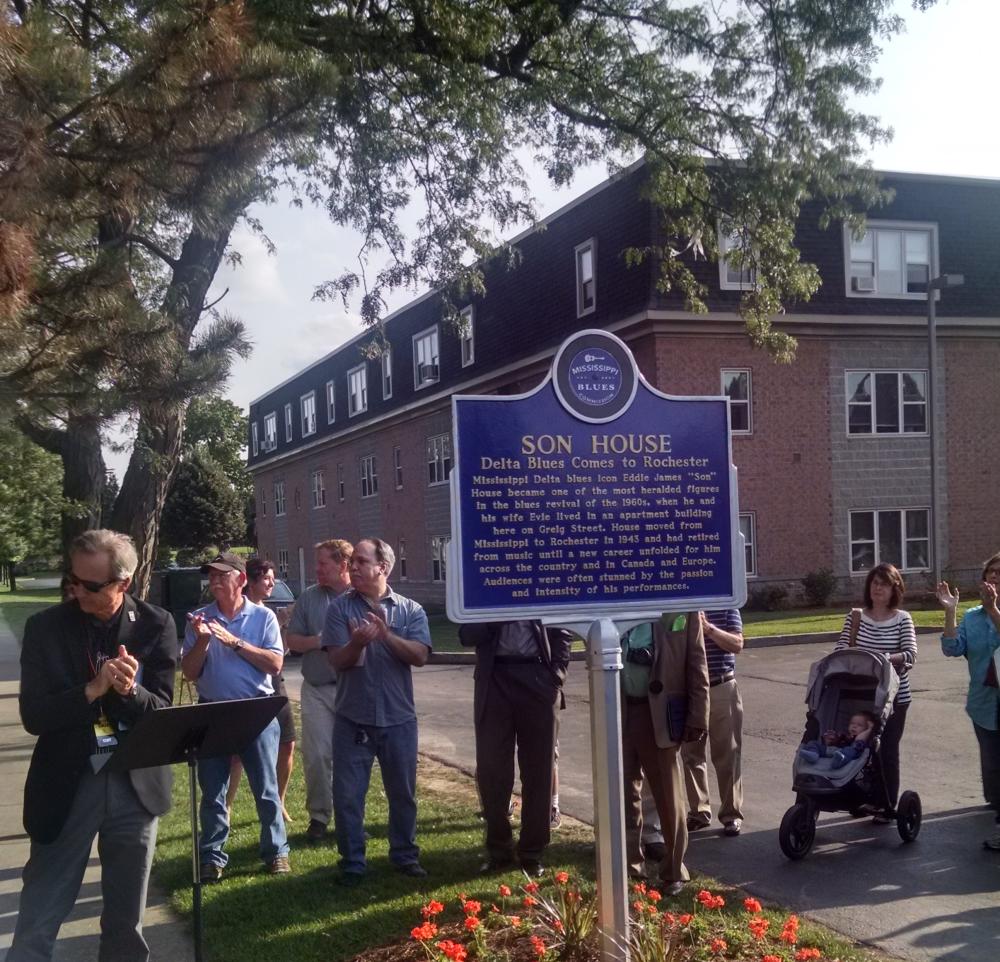 Waterman was part of the trio of blues obsessives (Nick Perls, Phil Spiro) who rediscovered Son House in 1964. That was over two decades after he’d made his last recordings and had moved from Mississippi to Rochester, NY, where he lived in obscurity and hadn’t touched a guitar in years.
Waterman became the first real manager that House and several other rediscovered blues legends had ever had, and he eventually encouraged and guided Bonnie’s early career.
In 2000, Waterman was elected to the Blues Hall of Fame, one of the few non-performers so honored. He was instrumental in the placement of a Mississippi Blues Trail Marker near Son House’s former home in Rochester last summer. 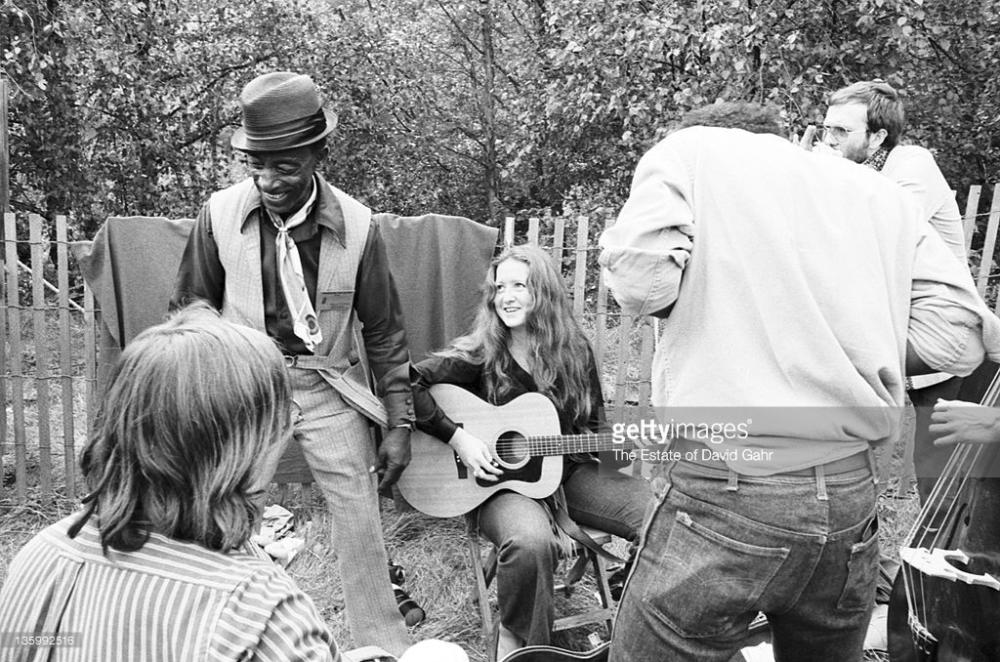 Bonnie followed Waterman to Philadelphia in the spring of 1969. Club 47 had closed by then, but the Second Fret and the Mainpoint were still going in Philly. “By then I had met Fred McDowell, and I was doing blues stuff, some Judy Collins, some James Taylor. So Dick helped me get a job at the Second Fret, and it was well-received.”
She returned to Radcliffe that fall, but the once-robust Cambridge folk scene was dissolving into legend. (The story of Raitt’s emergence ends the lavishly illustrated Baby Let Me Follow You Down.) “I never did get into working the places on Charles Street [in Boston] for money. I worked once at the Sword in Stone and only made eight bucks. My friends in Worcester said you could make twenty bucks a night there, so I’d go there on the Trailways bus with my dog…and I’d go hang out on the Clark University campus with my friend Paul Pena and play any number of seven or eight coffeehouses there every other weekend while I was in school.”

Pena, who was born in 1950 and raised among Cape Verdeans on Cape Cod, was a revered figure on the Worcester scene, a precocious singer-songwriter-guitarist with an old soul conception that drew on blues, gospel, and folk. In my freshman year of high school, he played a mixer that was a musical eye-opener and joyous touchstone in my life. In 1971, Pena’s local legend added to the buzz around town when he joined Bonnie in remote Minnesota to record her eponymously titled debut, Bonnie Raitt; he played bass on the album, and sang the acapella bass line on its opening track, “Bluebird.”

His songbook includes “The River,” and the Steve Miller mega hit,”Jet Airliner.” His debut was the the critically-acclaimed Paul Pena, recorded for Capitol in 1972. But his second album, New Train, was withheld from release on Bearsville Records in a dispute between his management and label owner and industry powerhouse Albert Grossman. The donnybrook dashed hopes for what then looked like a major solo career. Pena later studied Tuvan throat singing and was the subject of the fascinating Academy Award nominated documentary, Genghis Blues. Five years before his death in 2005, New Train was finally released.

I began hearing Bonnie’s amazingly “proficient” bottleneck guitar playing when she was gigging at the Worcester coffeehouses and the commons and cafeterias at Clark, WPI, and Assumption College. The most memorable was a WPI date where she opened for Mississippi Fred McDowell. I chuckled to myself a few years ago on a supermarket checkout line when I read a profile of Bonnie in People Magazine. There she talked about getting sober in the mid-eighties, and how when she was young she’d spent a lot of time with bluesmen who not only drank heavily, but preferred white lightnin’ and other forms of moonshine. I was no stranger to most of the stronger proofs myself, but without doubt the harshest taste I’ve ever stomached was off a jug that she and McDowell passed to me that night backstage. I’ll never forget that burn, nor the inhibitions it loosened. In much the same way that Bonnie went for Spider John, I fell for her apple-cheeked beauty. But when I asked if she’d like to spend a little time together, she pulled Fred to her and declared, “I’m all set tonight!”

No doubt Bonnie long ago forgot about that encounter with this blushing 16-year-old, but Fred McDowell’s another story. In 1993, she and Waterman saw to it that a new headstone was placed on his grave in Como, Mississippi, and here she pays tribute in footage shot in London in 1976, four years after his death at age 68.

Bonnie’s made sparing but effective use of several great blues harp players on her records. Junior Wells played on a few cuts on her debut, and Paul Butterfield blew fierce harp on “Under the Falling Sky,” on her 1972 follow-up, Give It Up.  Norton Buffalo, Jerry Portnoy, and Charlie Musselwhite have also been in the mix, and Kim Wilson’s an obvious favorite. At the Farm Aid concert that Willie Nelson hosted in Manor, Texas, on July 4, 1986, they harmonized on “Think,” Jimmy McCracklin’s foreboding blues about the perils of stepping out.

On her 1995 appearance on Charlie Rose, Raitt hailed Wilson as the greatest white blues singer. Kim’s sole appearance on record with Bonnie was on her hugely successful 1989 release, Nick of Time. Wilson and Fabulous Thunderbirds colleagues Preston Hubbard and Fran Christina play on the album’s capstone, Bonnie’s ode to the siren that keeps pulling her away from home.

BONNIE RAITT CROWD-PULLER AT NEW BLUES FESTIVAL IN THE NETHERLANDS

Bonnie Raitt is the queen of blues-flavoured country rock