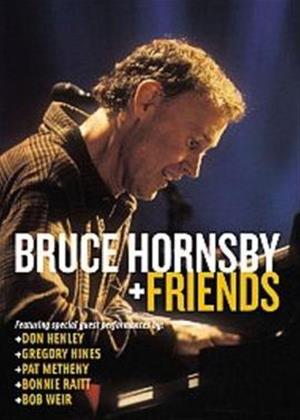 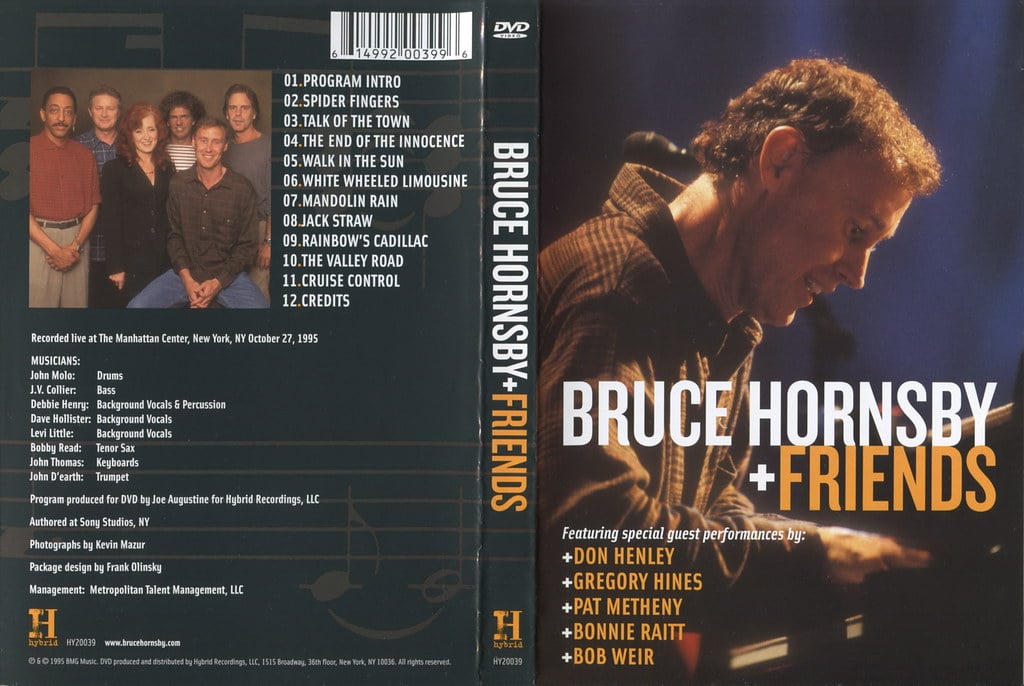 Originally inspired by Elton John and Leon Russell, Hornsby later added jazz to his cupboard of influences; as a result, there is no better pianist in popular music, and his playing throughout the 56-minute show is superb. His band is pretty hot, too (as is the remarkably crisp Dolby Digital audio), but it’s the guest appearances that lift this effort to another level entirely.

True, Gregory Hines was a slightly odd choice; Hines’ tap dancing on “Talk of the Town” is nice, but nothing special. But Pat Metheny burns on “White Wheeled Limousine,” which finds the guitarist, Hornsby, and the band both swinging ferociously and rocking hard; Bob Weir joins Hornsby (a frequent Grateful Dead collaborator both before and after Jerry Garcia’s death) for “Jack Straw,” arguably Weir’s best song; Don Henley does a nice job on “The End of the Innocence,” co-written with Hornsby; and Bonnie Raitt is her usual bluesy, soulful self on “The Valley Road.”

With its intricate ensemble passages, catchy vocal choruses, and appealing lyrical slices of Americana, Hornsby’s music is strong stuff. And notwithstanding the absence of DVD bonus features, it’s hard to imagine a better showcase for it than this one. –Sam Graham