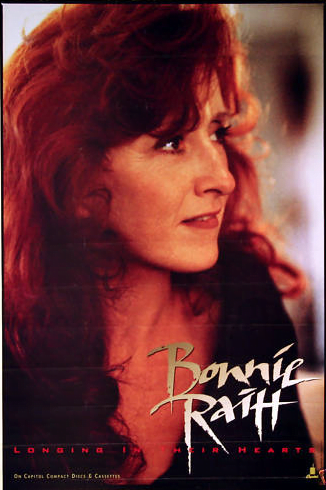 Bonnie Raitt started out in the 1970’s as a blues singer. Two decades later, her songs still hold on to the forthrightness and the pained determination of the blues. But at Radio City Music Hall on Wednesday night, when she opened a two-night stand, the most telling moments came during her ballads. 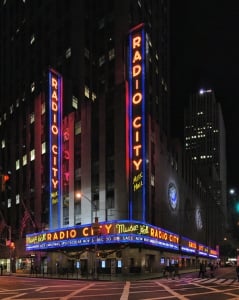 Ms. Raitt is one of the least showy singers in rock; she makes the song seem to tell its story by itself. Her voice has a girlish sweetness deepened by a grainy sense of experience; it can cut through a full band in a rock song, but it can also make ballads float in their own world.

She sets forth melodies clearly and plainly, adding a slide, a blues turn or a hint of vibrato only when a word needs illumination. Within such artful simplicity, every detail becomes vivid. And in songs like Richard Thompson’s “Dimming of the Day” or her own “I Can’t Make You Love Me,” all it took was a crescendo or a quiver of vibrato to fill a song with aching honesty. John Prine’s “Angel From Montgomery” was a marvel, mixing hymnlike purity with conversational directness.

In a way, Ms. Raitt has returned to her heritage. She is a second-generation performer, the daughter of John Raitt, who played Broadway leads in “Oklahoma!” and “Carousel.” And she grew up in Los Angeles, where in the 1970’s, a school of songwriters and performers perfected a style that gave down-home Americana — country and blues, along with Brill Building pop — a Hollywood sheen. When Ms. Raitt and her producer, Don Was, picked up the lessons of Peter Asher’s mid-1970’s productions of Linda Ronstadt for her 1989 album, “Nick of Time,” Ms. Raitt became a million-seller.

Mass success, after years of a steady cult following, seems to have given Ms. Raitt new confidence as a songwriter. Through the years she has usually recorded a song or two of her own per album, and by now she has amassed a sizable catalogue. Her songs have had a consistent persona: that of a woman who’s both loving and self-reliant, both sensual and, almost despite herself, sensible. One of her new songs, “Feeling of Falling,” confesses to missing wilder times but refusing to go “over the ledge.” In songs like “Nick of Time” and “Circle Dance,” she acts her age (44), examining questions of mortality and forgiveness across generations.

Ms. Raitt still seems surprised by the size of her audience. At Radio City, she started by urging the audience to “pretend we’re at a club tonight,” and throughout the show she spoke to the audience casually, taking pains to credit other songwriters and her band members. She singled out James (Hutch) Hutchinson, on bass, for bringing African and Celtic music into her songs.

For most of her summer tour, Ms. Raitt is performing at large outdoor halls (including the Jones Beach Theater in Wantagh, L.I., on Aug. 18 and 19), and she had a stage backdrop and lighting effects that were occasionally distracting. But she’s reluctant to play the rock star; only in an encore, John Hiatt’s “Thing Called Love,” did she carry her guitar to the edge of the stage and strut through a solo.

She also had a show-business finale: a guest appearance by her father. The 77-year-old Mr. Raitt, his voice still hearty and accurate, joined his daughter for a duet in “They Say It’s Wonderful,” from “Annie Get Your Gun,” and took over for “Oklahoma!” Ms. Raitt’s own style, reserved and confessional, is a generation away from her father’s gusto, but her filial pride was obvious. 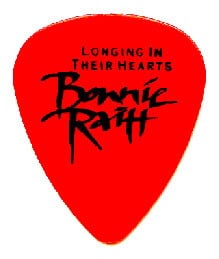 CELEBRATING WITH: John and Bonnie Raitt; Like Father, Unlike Daughter