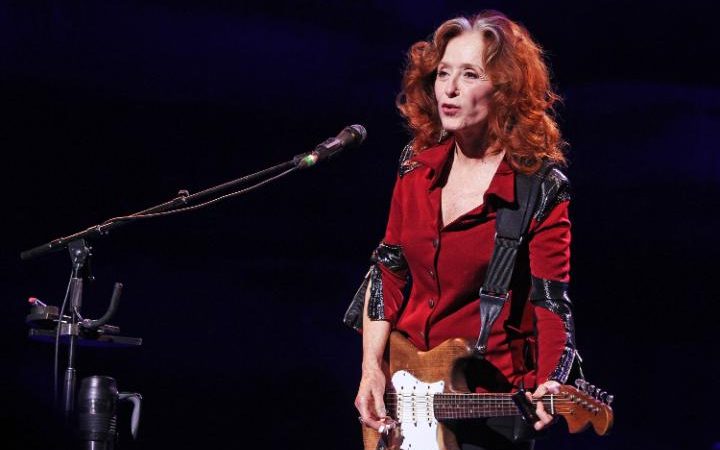 American singer and guitarist Bonnie Raitt is one of the most consistent and acclaimed country performers of the past five decades. Here, on her first UK jaunt in three years, the 66-year-old demonstrated that she’s keeping on keeping on.

This two-hour set was a rollicking good ol’ showcase of Raitt’s great talent – and perhaps her limitations. Yes, the Rock and Roll Hall of Famer’s inimitable husky timbre, her singular, superlative slide-guitar skills and her convivial Californian cheerfulness all remain intact. And yes, she’s still at her best when interpreting the musical vignettes of others rather than delivering her own.

So it was fitting that Raitt began with a cover – a strutting, blues-rock stomp through INXS’s Need You Tonight. The effortless, raspy resonance of her vocals, at once sultry and raw, set the tone. With her shock of red hair, tight black jeans and the same unpainted Fender Stratocaster she’s been using since 1969 slung around her waist, Raitt exuded the confidence of a 10-time Grammy winner with nothing to prove. 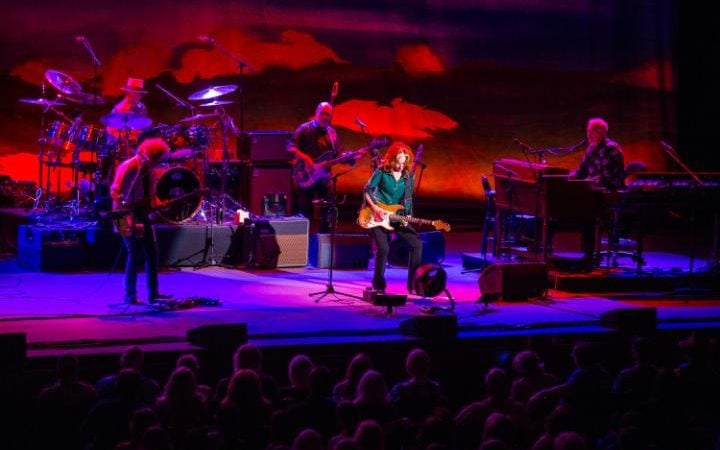 Bonnie Raitt and her band perform in April © C.ELLIOTT

The track was taken from her new album, Dig in Deep, her 20th, and first to breach the UK Top 40 since 1994. Billed as record which, in part, deals with the loss of her parents (in 2004 and 2005) and brother (four years later), it even features five songs co-written by Raitt, her first originals in a decade.

It was a shame, then, that those she chose to air here steered clear of these poignant subjects. Both the socially conscious Comin’ Round is Going Through and loved-up What You’re Doin’ to Me were just prosaic driving blues, which lacked the mellifluous poise she distils in songs by other people.

But there was plenty to celebrate in her astute and discerning mix of blues, jazz, roots and rock. On new track Undone and a raucous Let’s Give Them Something to Talk About, Raitt’s voice had the emotional heft and muscle of a power balladeer – almost 30 years clean and sober has protected her most valuable instrument. The afrobeat gospel of Hear Me Lord and gritty, paired-down folk of Angel from Montgomery confirmed her enviable musical dexterity.

An affectionate Hammersmith Apollo crowd were drawn to their feet for several standing ovations – including for a gorgeous encore of her signature torch song, I Can’t Make You Love Me, a 1991 hit penned by Nashville country writers Mike Reid and Allen Shamblin. Raitt seemed to inhabit every fragmented note with a tender intimacy that made it feel as if she was singing to each audience member individually. When you’re this good at turning fine songs into great ones, there’s no reason to change pace now.