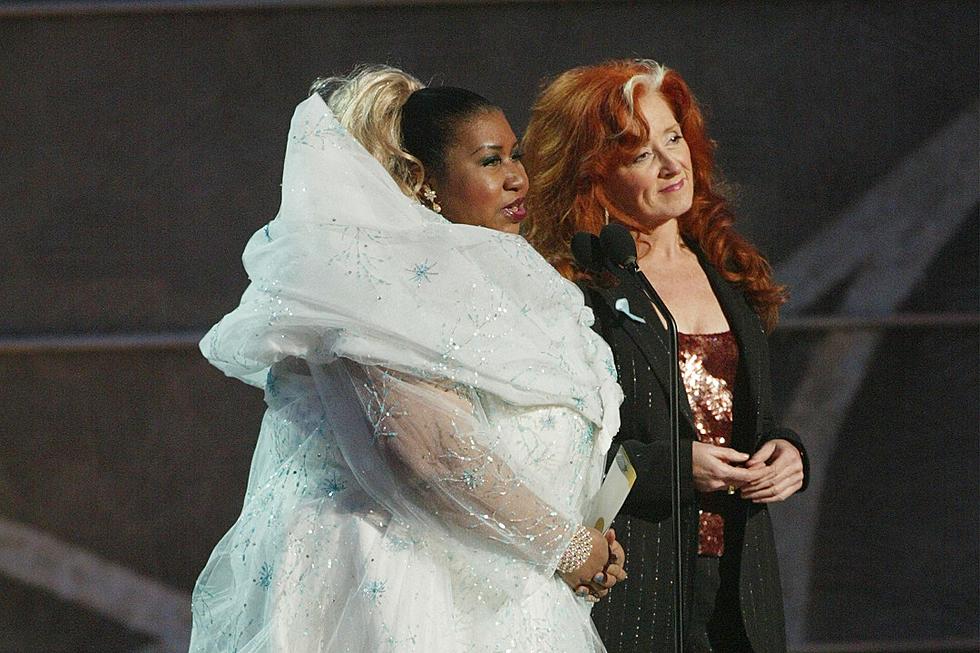 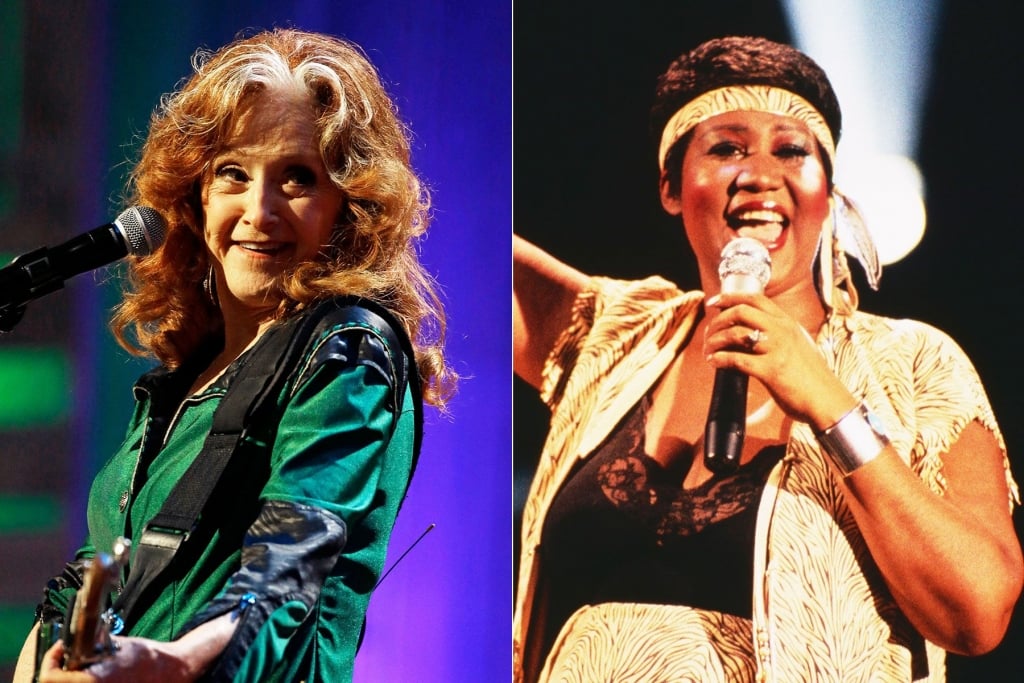 Raitt and Franklin, who sang together in 1993

I am so saddened by the loss of our beloved Queen of Soul, Aretha. She has always been my favorite and the greatest singer I’ve ever heard. Along with Ray Charles, she has been the most influential artist in my life. She brought the raw passion and beauty of gospel and the deepest blues, irrepressible rhythm to every note she sang. In songs like “I Never Loved A Man,” “Dr. Feelgood,” “R-E-S-P-E-C-T,” “Natural Woman,” “Ain’t No Way” — I learned as a teenager most of what I still know about men, love, strength and vulnerability in the face of loss and betrayal; about the deep well of spirit and surrender to a higher purpose, including standing up for oneself and demanding respect.

Her phrasing, both vocally and in her great piano playing, set her above almost all others for me. And let us not forget to acknowledge the incredible team of songwriters, musicians, engineers and producers who helped bring out the genius and soul in this remarkable woman.

She gave us the raw power and dimension of what a real, ‘natural’ woman could be. In the ups and downs of her life, in the way she buckled and came back again and again. All the pain, longing, lust, rage and tenderness will always be there in her voice for us to treasure and remain in awe for all time.

I will continue to honor and be eternally grateful for the gift she gave us for these many years. May she rest and be reunited with her beloved family in eternal peace. God bless and thank you, dear Aretha. You will always be our Queen of Soul. 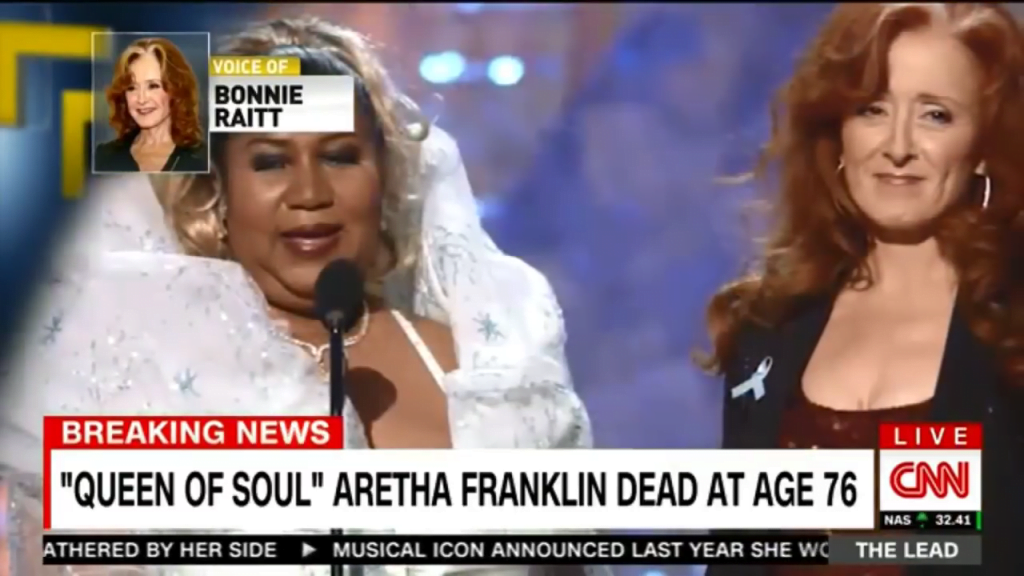 Bonnie Raitt’s teenage world was transformed when she heard Aretha Franklin’s 1967 LP I Never Loved a Man (the Way I Love You).

“I loved everything about her,” Raitt told Rolling Stone in 2003. “I loved the way she looked, I loved the ache in her heart, and her sass.”

So Raitt was blown away when she was invited to perform with Franklin at a 1993 AIDS benefit concert, which was aired on Fox. Joined by Gloria Estefan, they delivered a fierce version of “(You Make Me Feel Like) A Natural Woman.” “I’ll never forget – she touched my shoulder while singing,” Raitt said. “Looking out at the pouring rain. I almost fell off the stool.”
The three women later recorded the song for Jewels in the Crown: All-Star Duets With the Queen, a 2007 tribute album to Franklin.

Raitt had a clear memory of laying eyes on the mysterious singer at rehearsal the day before the show: “She just had day clothes on, her nails weren’t done, her hair wasn’t done all up. She had a mike in one hand, and she was eating a cheeseburger with the other. The rest of us were waiting to see what outfit she’d be in, because she’s quite the diva, you know. Yet she was cool enough to be filmed in the ‘natch. She comes out of a tradition of great singers when you didn’t have to look like you were on Baywatch.”

“I can never believe this is happening. You know, it doesn’t get any better than Aretha Franklin,” Raitt said onstage that night. “I grew up wearing out 45s of “Respect,” “Chain of Fools,” “I Never Loved a Man” … “Since You’ve Been Gone” has always been one of my all-time favorites, and it is the thrill of my lifetime to be here to sing it with her tonight.”

“Since You’ve Been Gone” is a single from Franklin’s 1968 Lady Soul album. It peaked on the Billboard Hot 100 at No. 5, where it stayed for five weeks; it also spent three weeks at No. 1 on the R&B Singles chart.

According to the New York Times, Franklin and Raitt’s duet was part of an April ’93 tribute concert — dubbed “Aretha Franklin: Duets” — at New York City’s Nederland Theater. The event, a benefit for the AIDS service organization Gay Men’s Health Crisis, was taped for broadcast on Fox in May of that same year. In addition to Raitt, the show featured, among others, Smokey Robinson and Elton John.

Franklin, known as the “Queen of Soul,” died on Thursday (Aug. 16) at her home in Detroit, Mich., according to her publicist. She was 76 and was reported to be “gravely ill” earlier in the week. The first woman to be inducted into the Rock and Roll Hall of Fame, Franklin charted more than 100 singles on Billboard‘s charts and won 18 Grammy Awards. Her iconic songs include “Respect,” “Think” and many more. 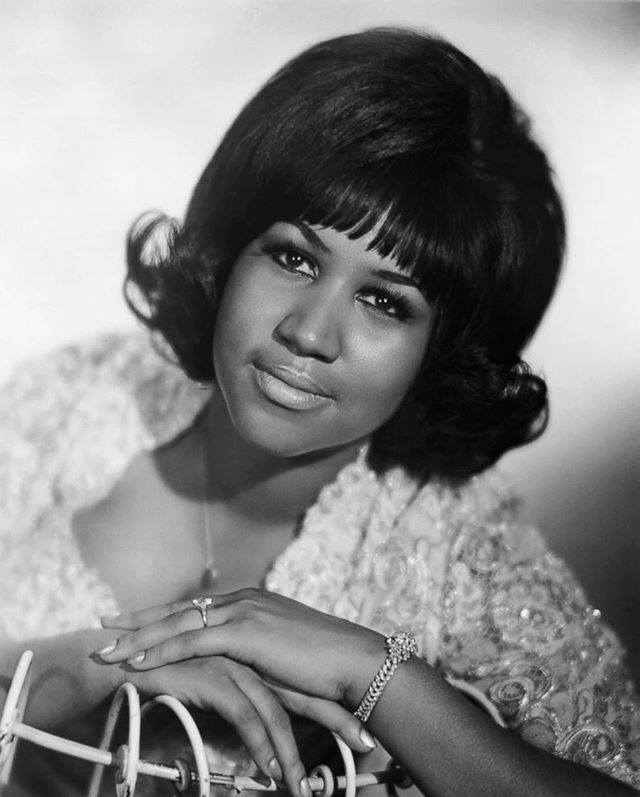