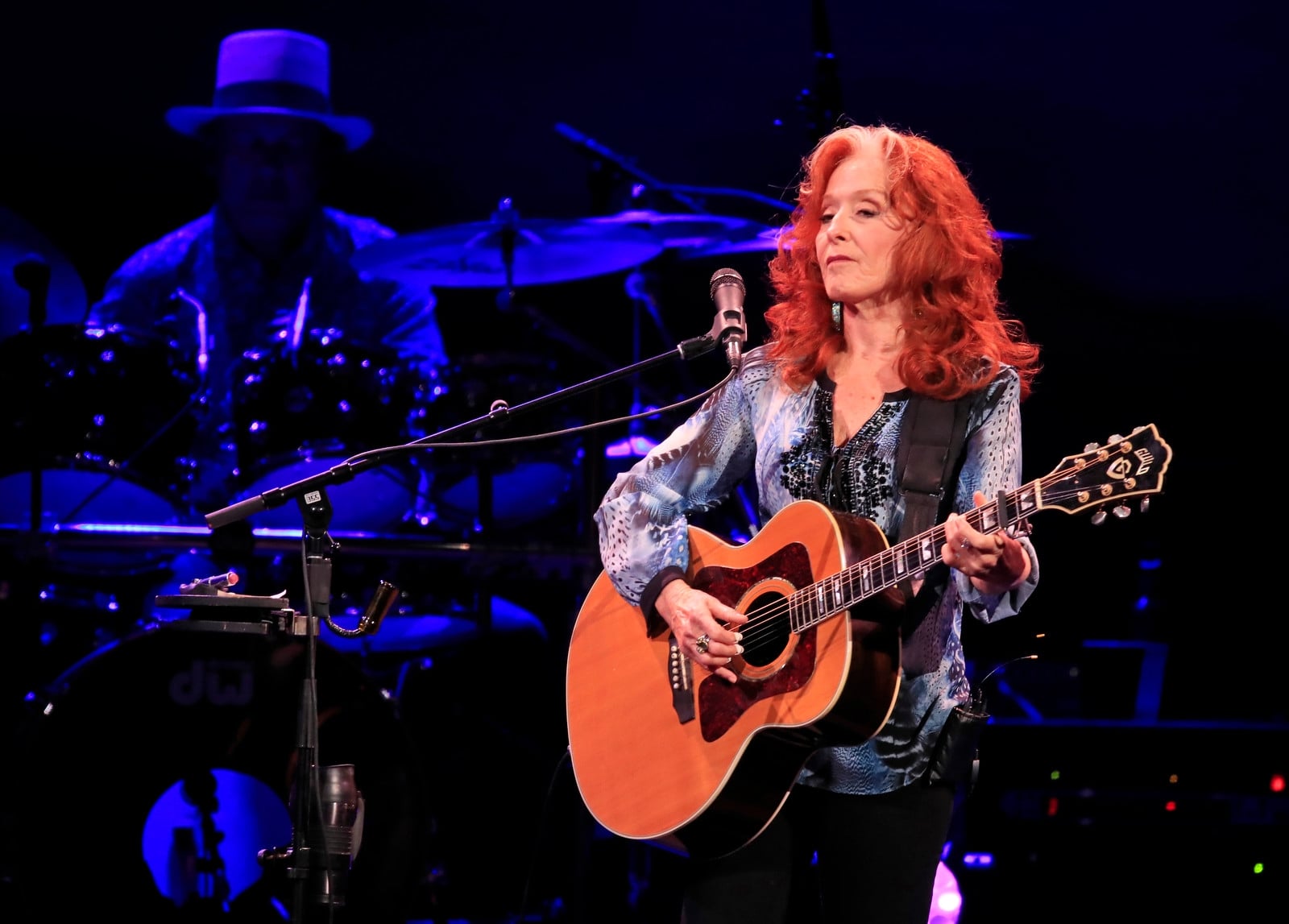 Like a scoop of ice cream on an oppressive summer night, James Taylor is a magical salve. He always makes our lives seem a little easier, a little calmer, a little simpler.

James Taylor with Bonnie Raitt and Martha Reeves, known for leading "Martha Reeves & The Vandellas." So much talent in one photo!

Ricky Fataar, Ivan Neville, James 'Hutch' Hutchinson en George Marinelli - Buffalo 2018
Raitt’s generous set was studded with a blend of entry points, from radio-friendly anthems “Something To Talk About” and “Thing Called Love,” to delicious covers of Skip James’ “Devil Got My Woman” and the Talking Heads’ “Burning Down the House.” Her full band – and a surprise early appearance by Taylor – reinforced all that we love about Raitt. Her knowing restraint on a drippy blues riff, her political activism and folk-era organizing, her kind, gracious tenor with an adoring audience.

She is a class act – and having just returned to this tour after time off for health complications, looking in tip-top shape.

The vibe in the room, at near capacity, was both relaxed and recharged. This was a fantastic first course. 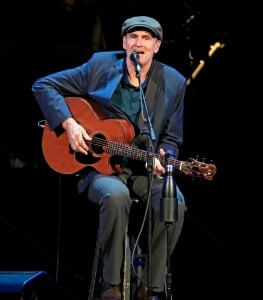 Taylor and his crew transitioned into a two-hour set with the quiet “Carolina In My Mind,” a trailways number perfectly blended by Taylor’s folk and country leanings. The stage bloomed with its warm glow, illustrated on floating screens by images of postcards, sunrises and quiet roads. A calm dip in a warm bath.

It may be easy to cast Taylor off as a softie. He’s a little dorky, a little idealistic, a little dad-jokey. Just picture him as a young troubadour, with that innocent puppy-dog face and those long locks. He’s aged with the best of them, and so has his music.

Old friends like “Fire and Rain,” “Your Smiling Face,” “Shower the People,” a number of Carole King covers, to name a few, showed up with a glimmer of nostalgia, wearing their wrinkles with pride.

Some songs came with stories. “Sweet Baby James” was made sweeter knowing it was written as a gift, a cowboy lullaby, to his nephew bearing his name.

“Something In the Way She Moves” was auditioned for The Beatles’ Apple Records in London, promptly earning him his debut album deal. And the empowering lyrics in “Shed a Little Light,” a lesser known but fantastic gospel meditation, highlighted his folk bloodline, urging us to heed the Martin Luther King Jr.’s words of brotherhood and sisterhood, of commonality in times of divisiveness.

These were the calming licks that we all wanted, and that Raitt and Taylor delivered so masterfully. They have a great musical partnership here, one that’s toured before, and can be found buried in session credits.

This was truly a “friends” kind of show, between bandmates and backup singers trading spots in each other’s set, to step-in appearances on each other’s songs – including a rousing joint encore paying tribute to the late Chuck Berry – this felt natural and real and peaceful. A concert meets a bonfire meets a prayer service. That feels nice. 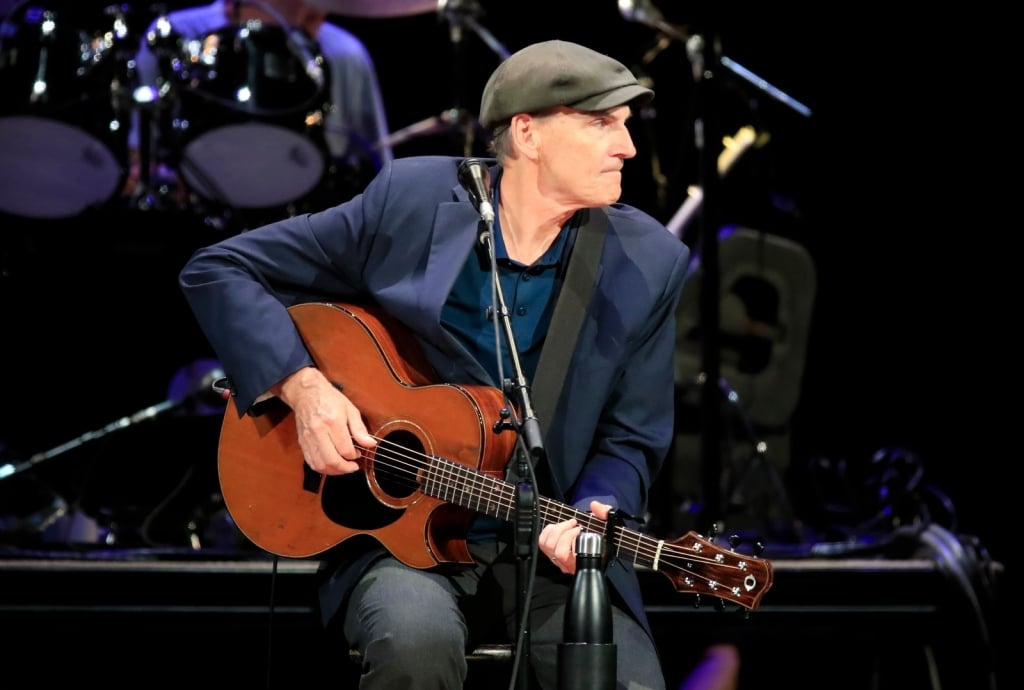