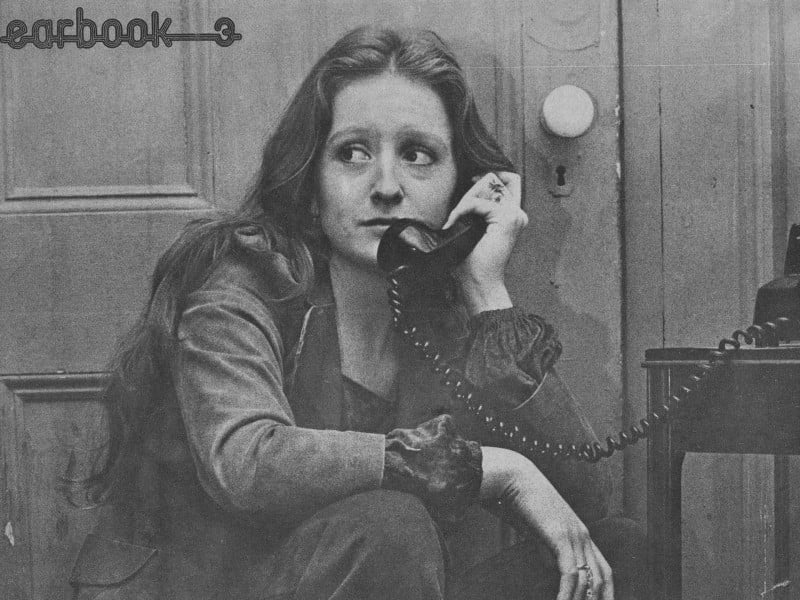 In the first ten minutes of the program we hear cuts from John Lee Hooker, Bonnie Raitt and Arthur Big Boy Cruddup along with Memphis Minnie. We also hear Bonnie talk about where her interest in the blues came from and how she chose music making over finishing university and hear about her thoughts on the blues revival of the late 60’s. 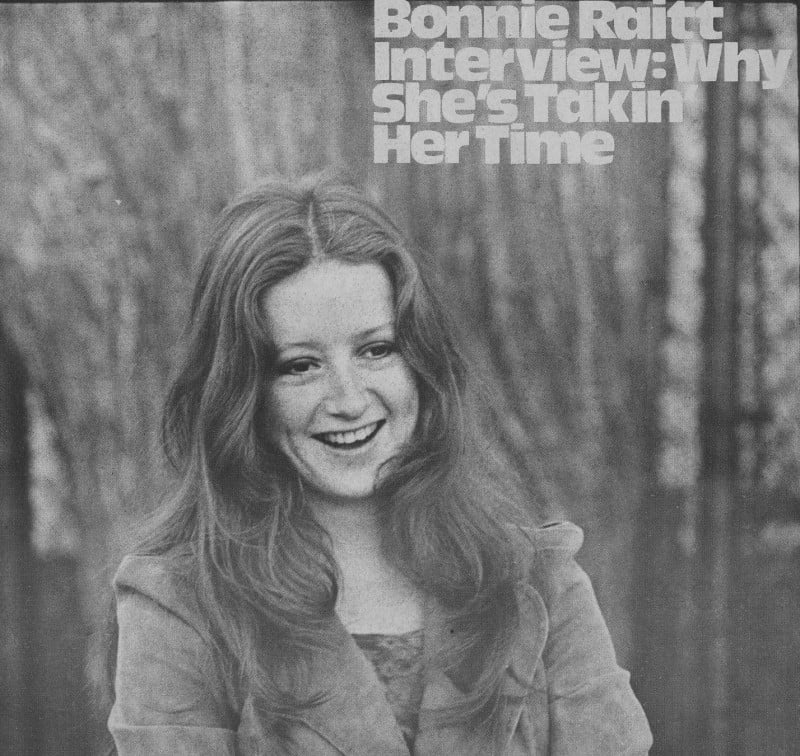 In this music laden half-hour program, a young Bonnie Raitt, at the early stage of her long and consistent career – ready to release her 3rd album under a new label, Warner Bros.– talks about how she became a blues musician and singer, how she turned anger about women’s experiences into a creative force and ruminates on the waxing and waning of the blues revival.

“I grew up in California during the Surf music era but I was into Soul music. When I moved East to go to college (Harvard) I arrived in the midst of the folk music revival.  I was never into Judy Collins, but I loved Mississippi John Hurt.  I really loved John Hammond and John Lee Hooker even better.”   Bonnie began singing in 1969 and 70 while at Harvard playing in the folk clubs around Boston and Cambridge.  “Perhaps my initial success came from the fact that there were very few women blues musicians — really no women blues guitarists — so I fit into a slot.  Kinda like a gimmick.”

The blues revival was the result of a few white middle class guys from the Northeast driving around the South meeting and recording the old blues guys.  “Many of them were unemployed or working at menial jobs and had been ignored and forgotten for years.  Some were practically starving.  I make a living at playing this music now, but it makes me sick that most of these folks are so underappreciated.”  Bonnie has performed with the great Sippie Wallace (“Women Be Wise” at the Ann Arbor Blues Festival; check out the Classic Women Blues radio show on this site) and learnt bottle-neck guitar from many of the old Delta blues musicians.  In her live concerts she always gives credit to those musicians and their music.

Bonnie is outspoken about her anger as a woman and talks about the importance of turning that anger outward and putting it into music.  This program is rich with both the music that inspired her and her own recordings. We hear John Lee Hooker,  Arthur Big Boy Cruddup, Memphis Minnie, Big Mama Thornton and Sippie Wallace among others.