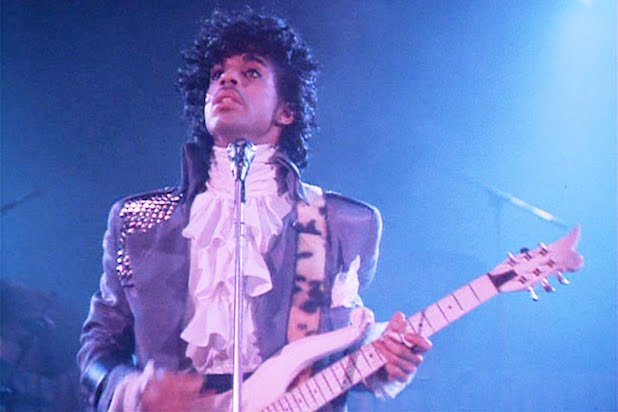 If you want to start over, sometimes it`s best to go back to where you started.

That`s what Bonnie Raitt has done. She went back to Minnesota this year to begin recording anew-with fellow Minnesotan Prince-after severing a 15-year relationship with Warner Bros. Records.

In 1971, Raitt recorded her debut album in folk-bluesman Dave Ray`s studio in a garage on an island in Lake Minnetonka. That LP was the California singer`s first step toward becoming one of pop music`s most enduring cult figures. She has been a folk singer, a blueswoman, an R & B stylist and a distinguished guitarist who has appeared on the cover of Rolling Stone and in the all-star video of the anti-apartheid anthem “Sun City.“

Prince, she said, “called me in November and he came to one of my shows. He told me he wanted to work with me.“

They met twice to discuss parameters of the project, then in April she went to the studio in Prince`s home and recorded three songs.

“It was interesting to see what he would come up with,“ she says,

“especially because I`m political and not a very shy person, and he`s not very political and he is very shy. But the fact that we both do R & B, and now that I`ve heard the songs, it makes complete sense to me. It came out really well.“

Her sessions with Prince were different from any of her previous recording experiences.

“It was nice to be working with another singer and guitarist,“ she says. “There was a lot of mutual respect. There isn`t any danger of his steamrolling me into his own image. I`m strong enough personality-wise so I`m not going to be told how to sing. He was not any more demanding than I was of myself.“

Prince wrote and recorded the instrumental tracks in advance, then Raitt added vocals and lead guitar. They cut two R & B songs and one reggae tune.

Raitt said it was as refreshing to record in Minnesota this year as it was 16 years ago. That isn`t the only reason the veteran singer-guitarist feels as if she`s starting over. A hand injury forced her to take a lengthy vacation for the first time in years. She exercised, changed her eating habits, stopped partying and basically altered her life style.

There was hardly any partying when Raitt went to the Soviet Union in July to perform with the Doobie Brothers, Santana, James Taylor and various Soviet rock, swing and folk performers in conjunction with a U.S.-Soviet peace march. But performing in front of 25,000 Russians connected Raitt with her past in another way.

“For an old peace activist like me, I was very heartened by it,“ she says. “I`m thrilled with all these big (benefit) concerts because the tradition I came out of was the Bob Dylan-Joan Baez protest song.“

Raitt, the daughter of Broadway singer John Raitt, grew up in the Los Angeles area. Having played guitar since she was 9, she gravitated to the folk and blues scenes in Boston when she attended Radcliffe College in 1967. After four years on the club circuit as a soloist, she signed with Warner Bros. Records.

Now her managers are shopping for a new contract for her. She called her 15-year relationship with Warner Bros. a marriage that went stale.

“The last few years my spirit was broken by them not promoting me,“ says Raitt, who had only one album released by Warners in the last five years. “I`ve always made money for the label. (Her best seller, “Sweet Forgiveness,“ has sold nearly 1 million copies.) At a certain point, you either ought to get off the label or stop complaining.“

Raitt has renewed confidence that there is a market for artists older than 25 who play blues- and R&B-oriented rock. She points optimistically to the recent success of the Fabulous Thunderbirds, Robert Cray and Steve Winwood, as well as smaller record labels.

“I decided that I`m going to be okay regardless of whether I have a hit record,“ she says. “I wouldn`t like to be a household word, but I would like the records to be in the stores. I want sensible marketing techniques used at my target audience.“

Bonnie Raitt among the first American rockers (and only female guitarist) to perform in an historic U.S./U.S.S.R. music blowout