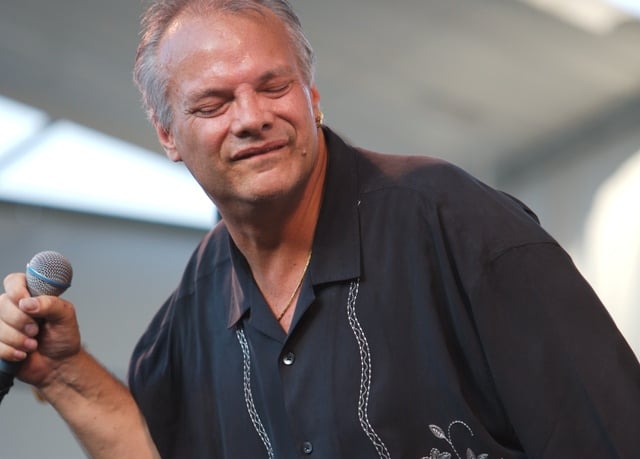 Curtis Salgado may have his quibbles over the ups and downs of show business but more than anything, he’s just happy to be alive.

“I’m rich in friends and famous in the eyes of God,” chuckles the singer and harmonica man now based in Portland, Ore.

It was only four years ago that he found himself staring down some heavy health issues, which came to include liver and lung cancer. Some good friends in music — Bonnie Raitt and Steve Miller among them — marshalled forces and held a series of benefits to pay his medical bills, and he got a transplant in the nick of time. In the end, Salgado made a full recovery, or a Clean Getaway, as he put it in the title of his 2008 album.

“I had a couple of miracles happen and I beat some astronomical odds, so it’s hard not to think about it every day,” he says.

Salgado insists he was more focused on getting his career going again with Clean Getaway, and that the songs reflected little of his ordeal. Still, you have to wonder if a little subconscious effort wasn’t at work, given the sheer intensity of the songs.

He was thrilled to be working with the Los Angeles session greats of The Phantom Blues Band, who have backed up Taj Mahal, B.B. King, Raitt and others. Most of it was recorded live off the floor, and some tracks on the album even use his very first vocal take.

“It was so much fun working with these guys. It was like playing with one of those great studio bands from the old days. They just played exactly what I wanted, never too much and never too little.”

Certain tracks do have a spareness and sound that’s reminiscent of vintage soul recordings from the ’60s. The disc’s range and impact have garnered wide acclaim, and earlier this year Salgado was happy to win the Blues Foundation award for Best Soul Blues Male Vocalist.

While Clean Getaway does lean more toward soul, he’s weary of being pigeonholed in one category or another.

“It’s all under the same umbrella. If you look at my other records, they have covered the gauntlet of rhythm and blues from old school rock ‘n’ roll to gospel and funk.”

It’s true, Salgado is a multi-faceted artist. Alongside work in many lesser-known groups, the most famous parts of his musical apprenticeship included stints with Boston’s Roomful of Blues and later, a short time with Carlos Santana. He was even the main inspiration for John Belushi’s role in The Blues Brothers movie years before he made his solo recording debut in 1991.

Today, he finds the realities of touring a bit of a struggle. “Being a musician is kind of like being a migrant farm worker. The crops are in during the summertime, you play every market there is to play and you’re left looking for more work in the winter when the festivals go away. But it seems that a lot of people are coming out to see the show either way.”

Salgado already has a dozen tracks down for his next album, again with the Phantom Blues Band, due out early next year. He says there will be a couple of those numbers on the bill when he appears here today for the first time with a full band.