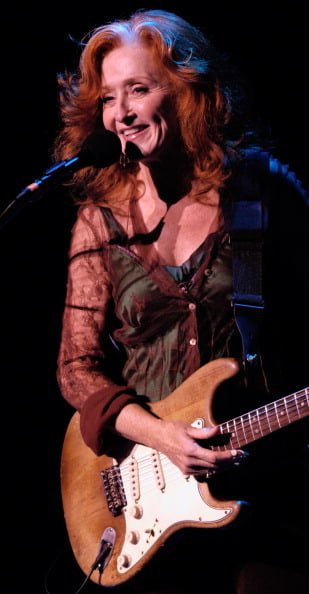 TORONTO – Some musicians get tense and grumpy when things go awry during their shows; other, wiser ones use minor screw-ups as a way to establish a closer rapport with the audience.

Bonnie Raitt is obviously one of the latter.

Her show at the Hummingbird Centre last night was plagued with minor glitches like forgotten verses, spur-of-the-moment set list changes and non-functioning microphones — she called it “wild-card night.” But Raitt turned every potential problem into something to laugh about, and managed to make performing at the cavernous Hummingbird seem like playing a small club filled with friends. “We’re going straight to Vegas with this show,” she joked at one point, and indeed the show had a relaxed, spontaneous feel that was the polar opposite of a slick, Vegas-style revue.

Opening with the Junior Walker classic I’m A Road Runner, Raitt and her veteran band — guitarist George Marinelli, keyboardist Jon Cleary, bassist Hutch Hutchinson and drummer Ricky Fataar — played a mixture of old acoustic blues chestnuts and blues-rock songs from her 18 albums, with special emphasis on her latest one, Souls Alike. The new album’s Necessary Mercenary featured a verse sung by the multitalented Cleary, while the suitably swampy blues number God Was In The Water was dedicated to “all the people in Louisiana and Mississippi who still need our help,” I Don’t Want Anything To Change was a sad country song with tinkly piano, and I Will Not Be Broken a defiant manifesto in the face of the sorrow of losing both her parents in the past couple of years.

Eventually, Raitt and Co. reached back to her breakthrough 1989 album Nick Of Time for the title track, dedicated to her parents and her niece, and I Will Not Be Denied. Then they switched to acoustic instruments for old songs like Papa Come Quick, Love Me Like A Man and the Sippie Wallace classic Woman Be Wise.

Raitt doesn’t seem to have aged a day since Nick Of Time came out, while her appealingly husky voice is as strong as ever. And her sense of humour hasn’t disappeared with age. She apologized for the audience having to choose between her concert and Crosby, Stills, Nash and Young’s across town, praising Young’s “badass” qualities but claiming that “my audience is more likely to get laid” before launching into Longing In Their Hearts.

Still, the show’s high point was Raitt’s biggest hit, Something To Talk About, featuring an apparently impromptu appearance by its author, Shirley Eikhard — even though Eikhard had to start her verse over when it became clear that her mic wasn’t working. Somehow, it all just made the performance seem more spontaneous and fun. 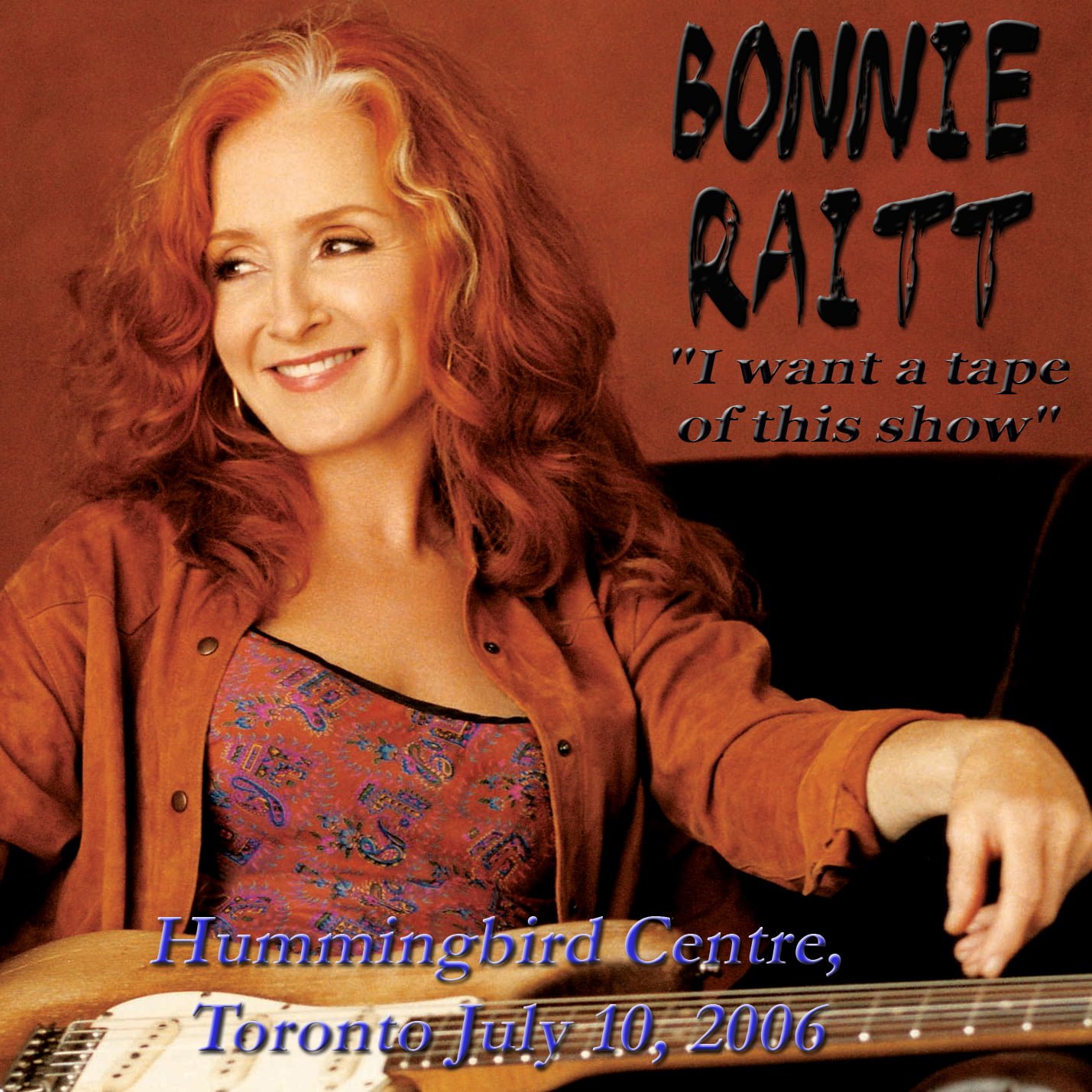 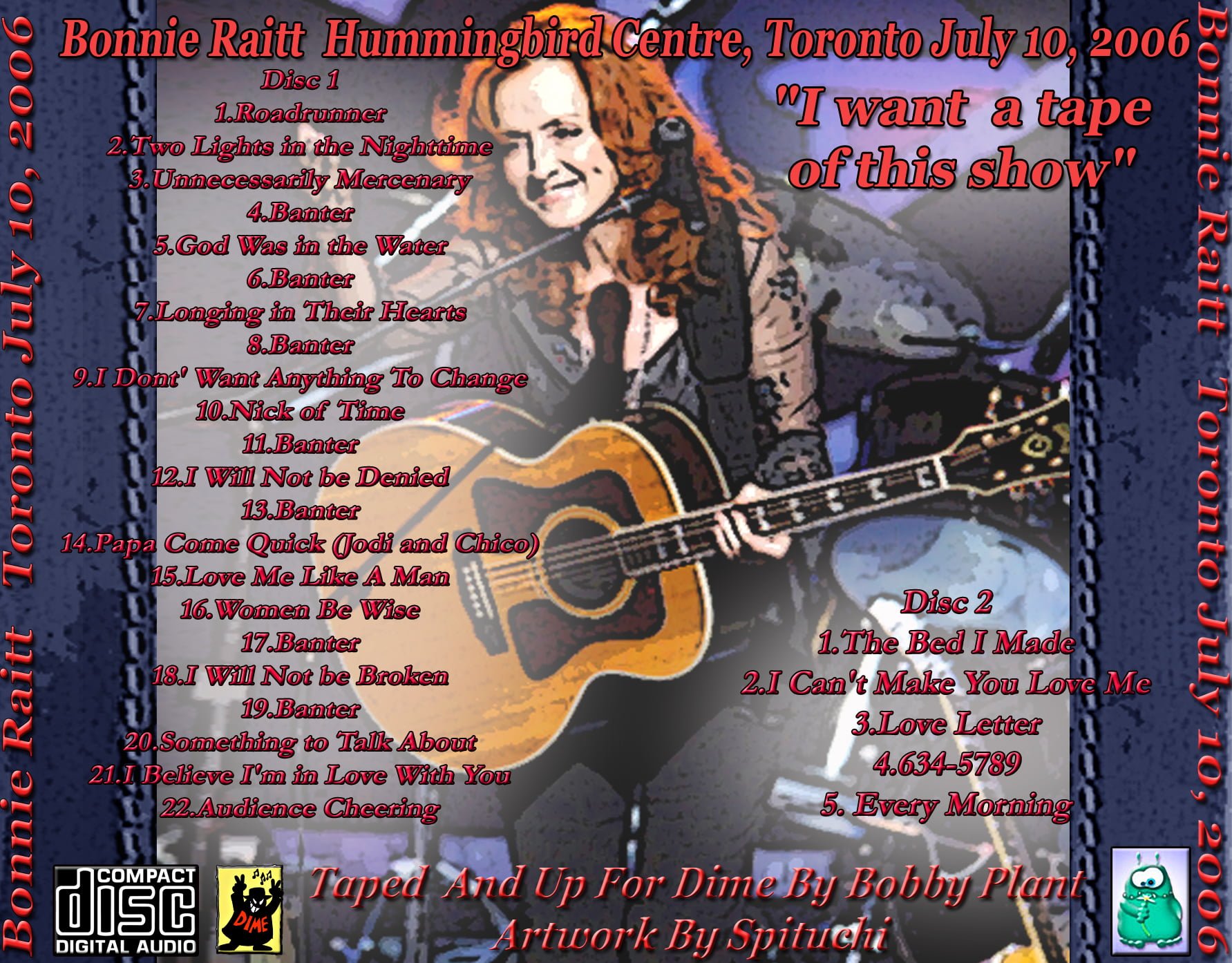 By tdwenger Scene: This show might well have been sold out. It was packed to the top of the amphitheater. The

Basking in the blues