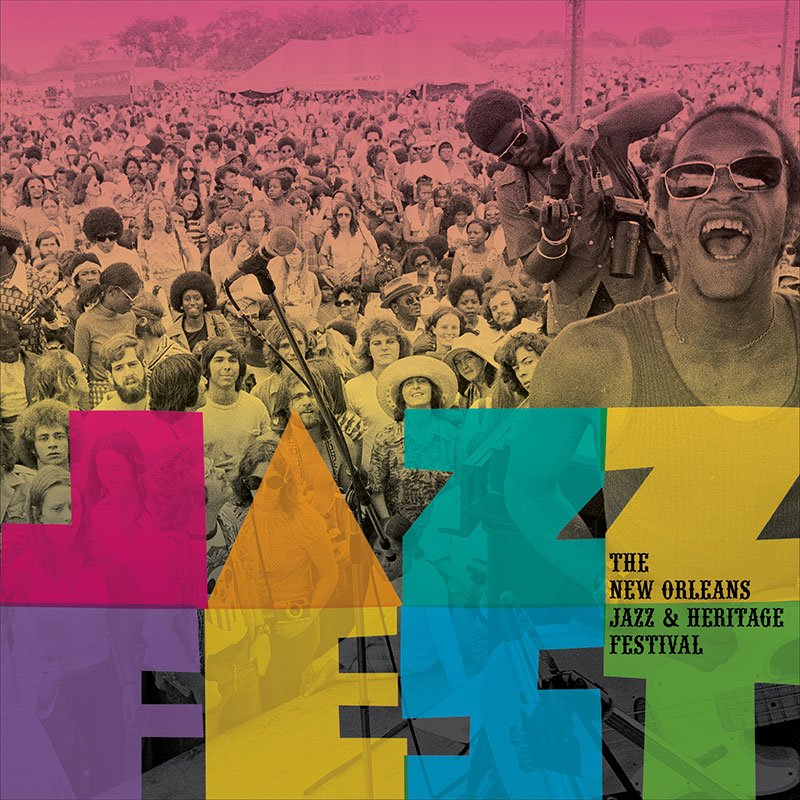 Fans of the New Orleans Jazz & Heritage Festival will be treated to a half-century’s worth of live performances in a very special commemorative box CD set being released in celebration of Jazz Fest’s 50th anniversary.

In honor of Jazz Fest’s golden anniversary, Smithsonian Folkways is releasing five discs of live performances from past years’ festivals. Jazz Fest: The New Orleans Jazz & Heritage Festival will arrive on May 10 and is currently available for pre-order, here.

“We are simply delighted with this collaboration,” says Smithsonian Folkways director and curator Huib Schippers. “It immediately made sense to us as soon as we started discussing it. There is a compelling and beautiful synergy between the first fifty years of an iconic music festival and a 70-year old record label committed to documenting and celebrating this country’s sound legacy and keeping it available in perpetuity, in whatever format, for a listenership of 230 million and growing. We are so pleased that we can bring some of the amazing sounds and sights and impressions from New Orleans to new and familiar audiences.”