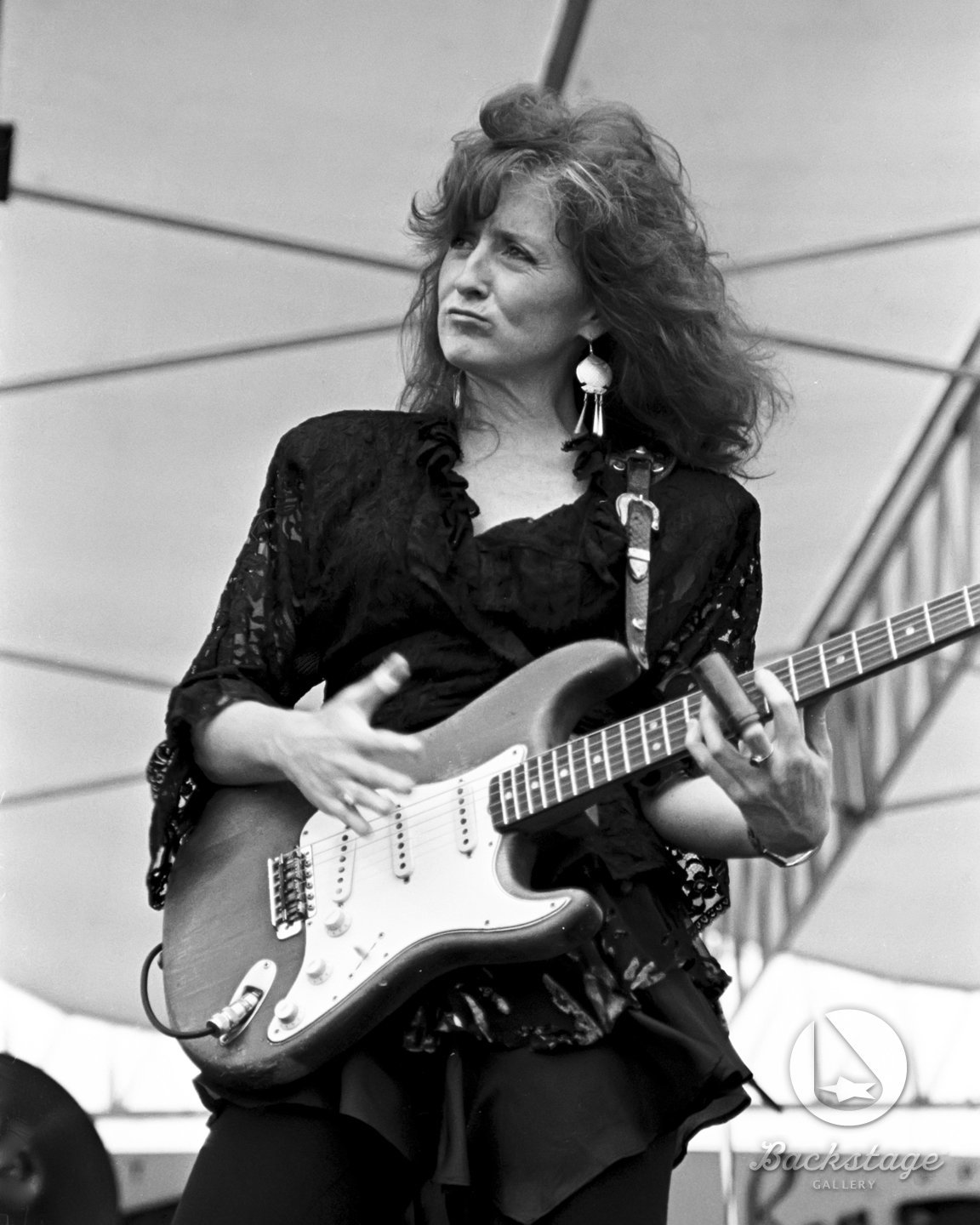 BONNIE RAITT: in concert at Park City Racquet Club (UT) with the James Cotton Blues Band, Nov.25 one show only.

“I had fun when I was young . . . but it wasn’t nothing like this,” she said Saturday night, striking the final chord to a rhythm ‘n’ blues thumper.Wearing a provocative purple smock, black tights and boots, Raitt – definitely the baddest rockin’ blues lady of this generation – ended an eight-month tour in Park City. She went down on fire, playing non-stop for nearly two hours for about 3,000 people, many of whom had just come down from the slopes, where the best skiers in the world competed on man-made snow in the World Cup.

The single “Nick of Time,” which has received moderate to light playing time on the radio, might lead one to think she’s mellowing out.

It ain’t so, babe. Wild auburn mane streaming down her back, Raitt is as raucous and rowdy as ever. If her hard-edged, penetratingly pure, pea-gravel vocals aren’t evidence enough, then witness her on the electric guitar. Watch her dance to the beat.

Or consider some of her selections: “Get Outta the Way and let a Boy Do a Man-size Job,” “Runaway,” “Love Me Like a Man,” “Nobody’s Girl,” and “Have a Heart,” a be-boppity pop number that starts out, “Hey! Shut up!”

But don’t overlook Raitt’s depth, both vocally and instrumentally. She’s as comfortable on the National slide acoustic guitar, which she played on the ultra-moody “Cry on My Shoulder,” as she is on the Fender electric.

Standing at the electric piano, Raitt tapped out the sweeter sounds of “Nick of Time,” the title track of her new album.

Although Raitt held her own during several acoustic-only pieces, her five-piece back-up band provided her with the energy she thrives on.

It was led by Texas guitarist Johnny Lee Schell, who also took a few turns on the trombone. Marty Grebb, showing off a new pair of ski goggles he bought that day in town, bounced from piano to saxophone to trumpet. On drums and percussion was the immensely talented Tony Braunagel. Hutch Hutchinson and Walt Richmond rounded things out on the bass and keyboards, respectively.

The James Cotton Blues Band, struggling to get things in synch at first, got it together nicely with a handful of Chicago-style blues and jazz. The only disappointment was that James Cotton – showing signs of road wear – performed for a mere 15 minutes of the band’s hourlong warm-up act.