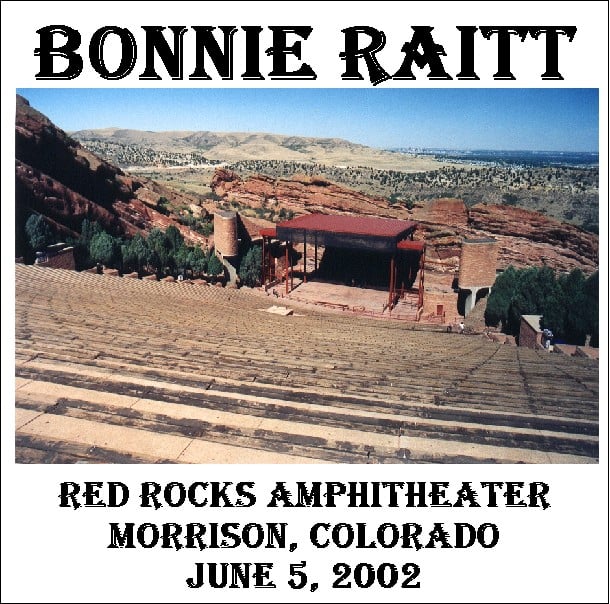 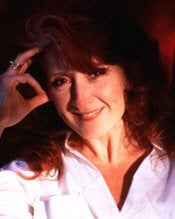 Blues-rocker Bonnie Raitt is currently touring to promote her latest album, Silver Lining.
On 5 June 2002, Raitt’s tour made a stop at Red Rocks Amphitheater in Morrison, Colorado. The Rocks provided the perfect stage for the fiery Raitt, reflecting her glowing presence in kind.

Jon Cleary and the Absolute Gentlemen opened for Raitt for a night of feel-good music and just plain fun. Cleary and his boys had an already almost-full amphitheater rocking by the time my companion and I arrived. We climbed the mountain and got through security in time to catch the band’s last few songs. It was enough time, however, to get a good healthy dose of Cleary’s undiluted New Orleans funk. The band was tight and the music was right.

Then Bonnie Raitt gave the audience a sneak preview, sauntering on stage with her guitar to join the opening band for a tune called “Best Friend”. It was a performance in which Raitt’s musicianship and enthusiasm showed through. Though it was a planned move, you got the feeling that she just couldn’t wait to get on stage, so she came on out. It was a sweet teaser, all the more satisfying because the promise was about to be fulfilled. Jon Cleary and the Absolute Gentleman wrapped up the set with their trademark tune “More Hipper”.

Less than 20 minutes later, Raitt returned to the stage, primed and pumped up for an audience whose excitement she had already spurred. Wielding her guitar like a magic wand, Raitt opened with the tune “Love Letter”, followed by a Jon Cleary song, “Fool’s Game”.

Cleary and Raitt’s participation on each other’s sets demonstrates one of the things that I find so important about good music—it’s as much about relationships as it is about ability. Mutual respect and the love of good companionship seems to inspire the world’s best musicians to new heights—or maybe, as Bonnie Raitt quipped, it was the just the altitude at Red Rocks.

Not likely. Hours of practice that go into developing the chops Raitt and company possess—skills made all the more apparent by the fact that Raitt makes up the set list as she goes along.

She and her equally-skilled accompanying musicians reeled off a list of songs from her considerable storehouse of music. New songs from Raitt’s current album were featured, including “Silver Lining”, the breathtaking title ballad. Raitt also included several of her well-known past hits. The opening strains to many of the songs brought cheers from loyal Raitt fans. “You know it’s a good one when the audience knows it’s a good one,” Raitt commented, obliging the crowd with the catchy, Caribbean-tinged “Have a Heart”. The song gave Raitt another chance to demonstrate the emotional range and purity of voice. She has a sound that is at once raw and sweet, climbing easily from a throaty growl to a plaintive wail in the length of a heartbeat. That rough-hewn voice, combined with Raitt’s quicksilver guitar fingering and her flame-haired beauty, makes for a potent entertainment package.

Raitt and crew played for over two hours. Among the songs were “Shadow of Doubt”, “Make Me an Angel”, “‘Bout to Make Me Leave Home”. She punctuated the evening with good-natured commentary on everything from the foibles of aging to the joys of a Colorado Rocky Mountain High. She thanked the sponsoring radio station for “continuing to play me in my teetering years,” and told the audience about riding along the South Platte River the previous night with fellow musician Keb Mo, who was playing his own gig at another venue just miles away. “This is for Keb, ‘cause he’s so fine,” drawled Raitt, dedicating “I’m Feelin’ Low” to her friend. Bonnie Raitt also commented on the frustrations felt by musicians in an industry that thrives on categorizing music. “Good music is just good music,” Raitt said, a sentiment often echoed by kindred spirits in the business. She flashed those killer dimples and moved on, performing “Gnawin’ on It” and “Bout to Make Me Love Home”, odes to love, heartache, and “doin’ it in the grass”.

Seeing—and hearing—Bonnie Raitt perform at Red Rocks was a real pleasure. She’s an accomplished entertainer who has distilled her soulful sound down to its purest essence. Her music, as always, is a belt-grabbing invitation to have a good time and feel things from the heart. The woman’s got a lot of soul and she’s not afraid to share it. Bonnie Lynn Raitt was born into a decidedly musical family.

by David Hodge “I think people must wonder how a white girl like me became a blues guitarist. The truth is,