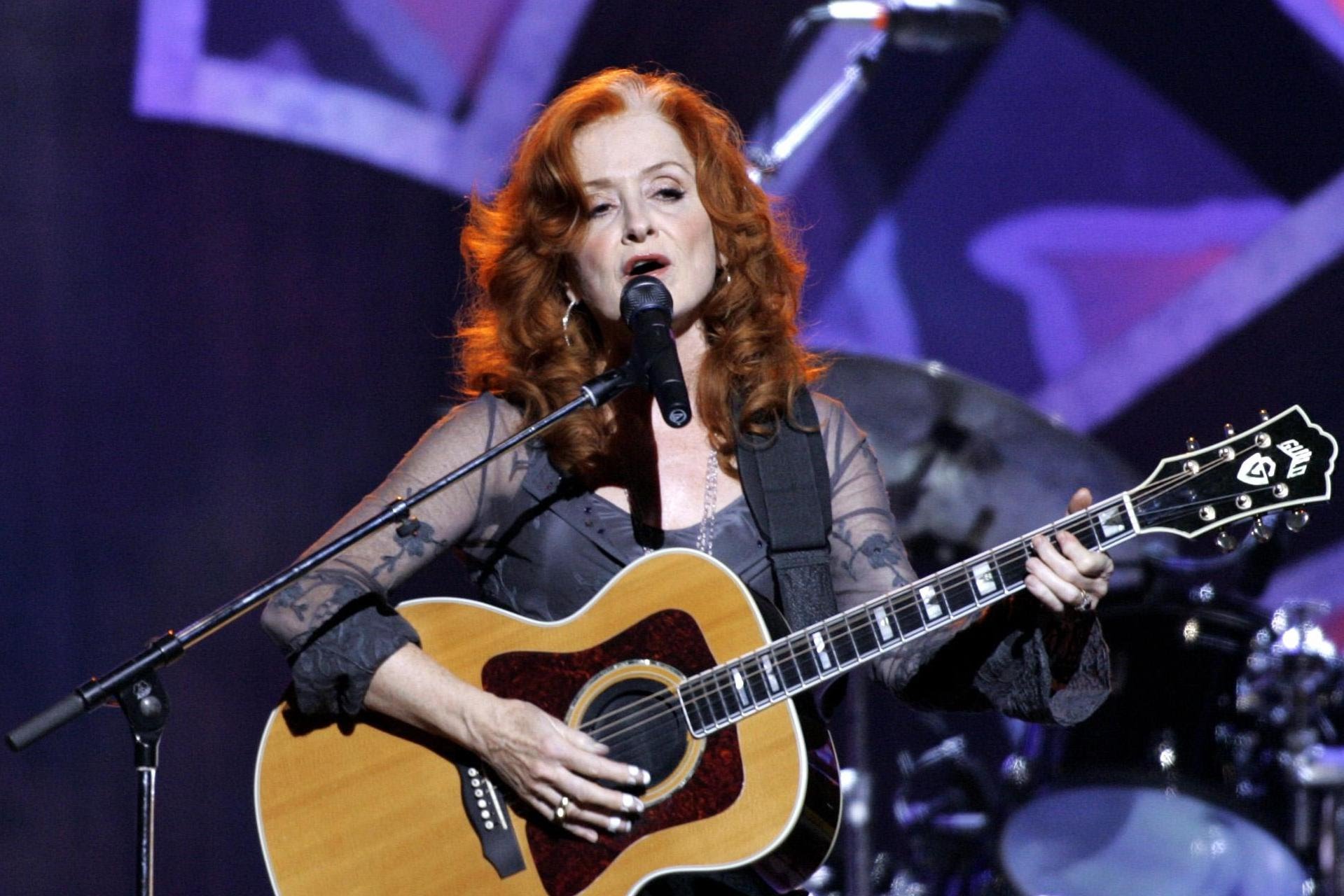 Singer Bonnie Raitt performing a tribute to singer/songwriter James Taylor in the audience at the 2006 MusiCares Person of the Year benefit honoring Taylor, in Los Angeles, Monday, Feb. 6, 2006

Caught Bonnie at Birmingham’s (England) Symphony Hall last Monday, 10th April 2006. What can I say? I saw her 2 years ago for the first time and was knocked out then – this time: totally blown away! 4 songs off the new album and some good old favourites! Incredibly, as far as I can remember, only one (I can’t make you love me) was repeated from the last concert!

Included in this set were: Nick of Time, Jodie’s Gone with George playing Mandolin which prompted Bonnie to ask –

What happened to your guitar, George? Reply: I left it in the dryer too long, to which Bonnie responded “Size doesn’t matter, eh, Ladies!!”

Dimming of the Day (as an encore) and two absolute stunners; Spit of Love (one of mu personal favourites simply for the slide guitar solo which is almost demonic!) and a fabulous version of The Fabulous Thunderbirds ‘I believe I’m in love’….

The band were absolutely top class (as always) and special guest Foy Vance a revelation.
Last time Bonnie had filled the smaller Symphony Hall Annexe which she referred to then as ‘nice and intimate’ but this time she took one look around and declared

‘Classy Joint – we’d better watch our language in this, boys!’

If there was a disappointment it was, as last time, in the merchandising (or lack of it): 2 CDs which most people will already have, a couple of tour shirts at £18.00 and, as before, NO programme! Having seen Bonnie twice, I still having nothing to prove it apart from a t-shirt, mug and some flyers – any of which you could pick up anywhere.
But that’s nit picking: to see Bonnie live has been a privelege; over the years I have seen the Beatles, the Stones, Otis Redding and hundreds more – seeing Bonnie eclipses all of them……

by: Robert Burke I had the pleasure of seeing Bonnie Raitt perform live at the Ovens Auditorium in Charlotte, NC on