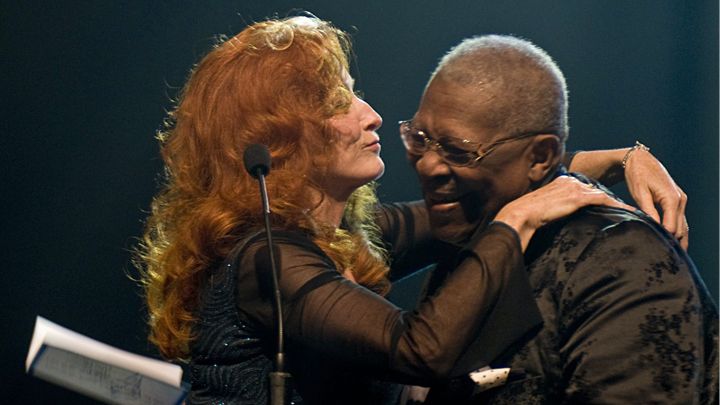 Blues guitarist B.B. King passed away Thursday at the age of 89. Here, Bonnie Raitt pays tribute to her friend, collaborator and inspiration.

B.B. was a god from the first time we all heard him. You listen to those early recordings with that cry in his voice, even as a young man. I still have the 45 of “Rock Me Baby” that I wore out playing when I was a teenager. I used to sit there and play it and move the needle back to the beginning and play it over and over. It’s so sexy and the groove is hellacious. A lot of people have covered that song, but that’s my favorite version. Every great blues guitarist has his own style. But with B.B., it was about his vibrato, his phrasing and the licks he chose — and his restraint. It was all about what he played and what he didn’t play. He was sweet and eloquent in his playing, but when he turned it on, he could be fierce. 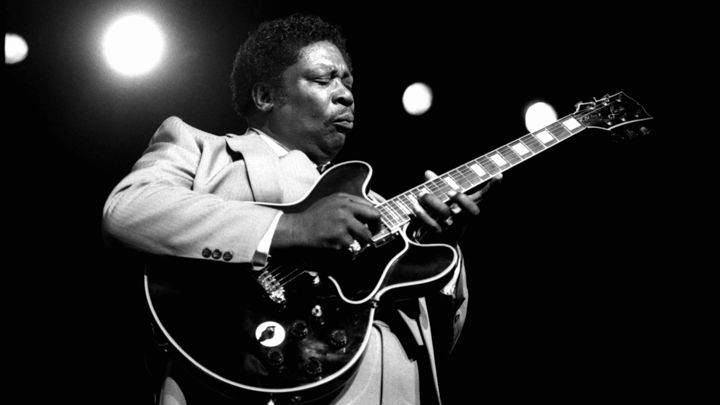 My manager worked with Buddy Guy and Junior Wells, and B.B. was Buddy’s hero, so I got to go backstage and see B.B. when he was in and out of blues festivals. He was always very complimentary about my playing. He was always so gentle and humble and appreciative and he got a big kick out of the fact that all us young white kids got him. We became friends and later he would confide in me about his personal life and how he loved the ladies. To watch him backstage flirting with beautiful women was a delight. He loved his fans, but he enjoyed the company of kind and appreciative women. I always wished he’d had a steadfast and steady partner, but he was on the road so much. He could have retired years ago and cut his schedule back, but he told me he stayed on the road to be able to support his band and crew. He had a big band. I always wondered how he could afford it. He just worked all the time.

He was pretty happy, but I always wondered if he was a lonely guy. But I never asked him about that — I didn’t want to invade his space. He must have had some kind of pain in his life, but talk about overcoming whatever hardships he had.

When we recorded “Baby I Love You” [for the 1997 King duets album Deuces Wild], he had just played Dallas the night before and drove all night to get to the studio. He must have had two hours of sleep. But he was still such a champ. He was completely professional and said, “Whatever key you’d like.” He was so classy and so bold at the same time. He was an old-school Southern gentleman, but his playing was razor-sharp. I learned so much about dynamics from him.