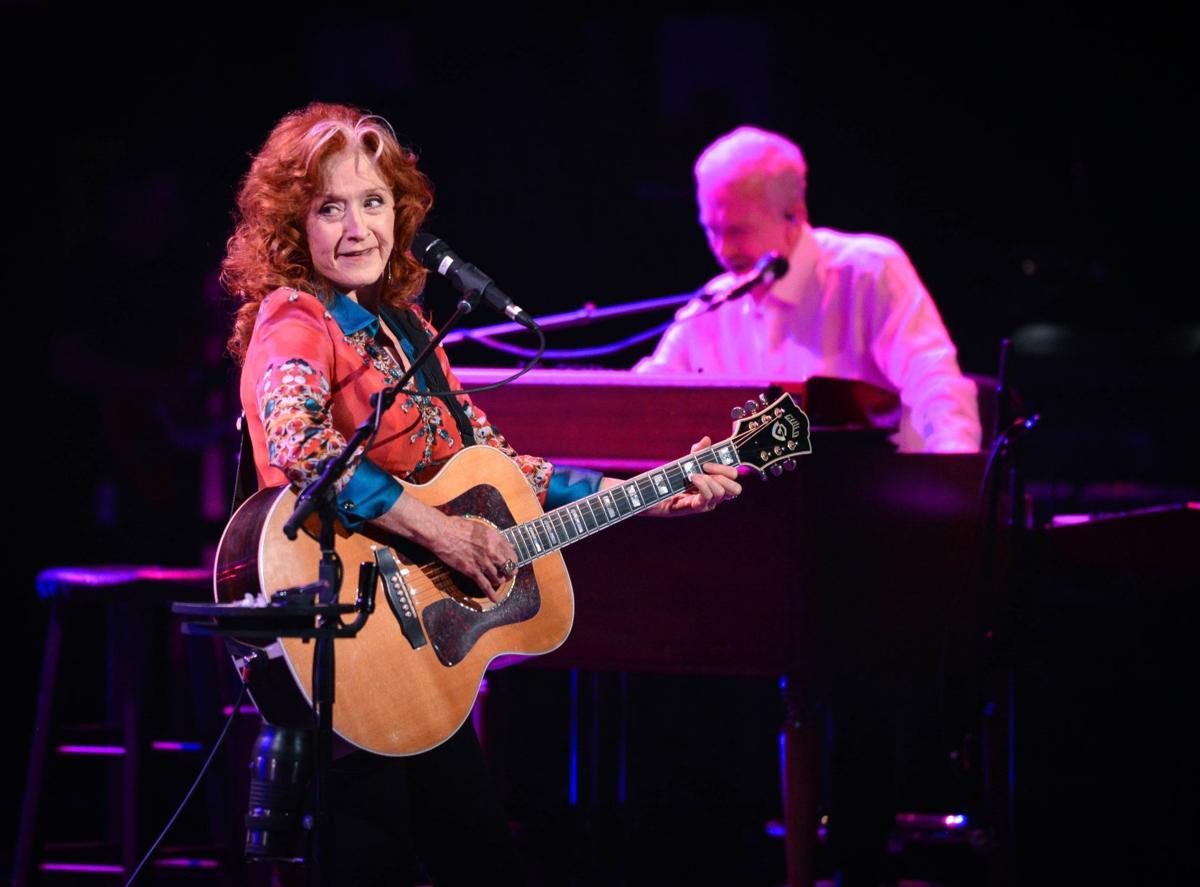 With all her swagger and soul, Bonnie Raitt won over a packed house Wednesday at the Alberta Bair Theater, giving her first performance here in over two decades.

Raitt praised the venue and the fans, who gave her multiple standing ovations, including one when she appeared on stage.

Nobody sings a better heartache song than Raitt. She has a scratch to her voice that brings out the emotion in the lyrics, yet she can croon with sweet tenderness. In between songs, she talked of tolerance and working together. One audience member commented, “She savors every moment.”

Highlights included her stripped-down stylings on John Prine’s “Angel From Montgomery,” and her tender performance of “I Can’t Make You Love Me” off her 1991 album, “Luck of the Draw.”

Raitt was engaging and fun, too, sampling a couple of tunes far away from her signature songs, including AC/DC’s “Highway to Hell.”

At 67, she’s on top of her game, showing her stunning voice and equally fine guitar skills. At one point, Raitt introduced a song, saying “this is an older tune, but I’m an older lady.”

She’s not too old to wow a crowd. Her father, John Raitt, was performing until he was 85.