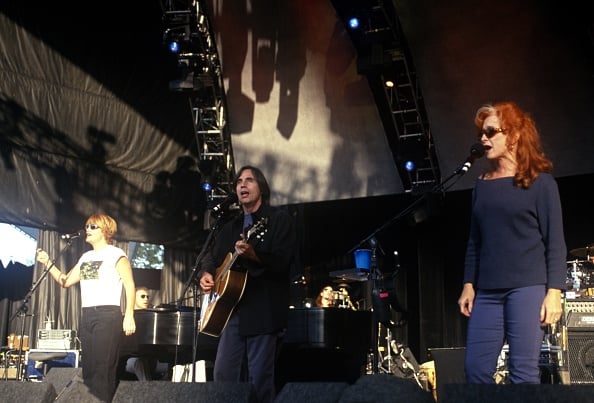 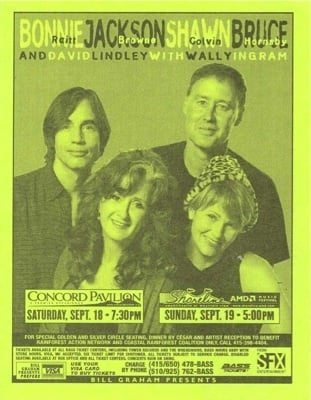 There were more grins, kisses and hugs onstage Sunday at the joint concert by Bonnie Raitt, Jackson Browne, Shawn Colvin and Bruce Hornsby at Shoreline Amphitheatre than at a family reunion. Nobody in the audience could have enjoyed the show any more than the musicians.

“Can these people sing or what?” squealed a delighted Bonnie Raitt. “As far as white people go . . .”

These four singers slipped in and out of each other’s songs with the ease and grace of the old friends they are. Rarely do musicians of this caliber collaborate this openly in public.

Browne was the first onstage. Colvin joined him to sing harmony on his “Everywhere I Go.” When Raitt and Hornsby strode out for the final chorus, the tone for the three-hour twilight performance was established.

Backed by a six-piece band that included David Lindley, always amazing on anything with strings, and Wally Ingram, a magician on percussion, Browne, Colvin, Raitt and Hornsby put their voices together and sang one another’s songs with palpable enthusiasm. They acknowledged the applause from the audience, but they were clearly playing for peer approval. 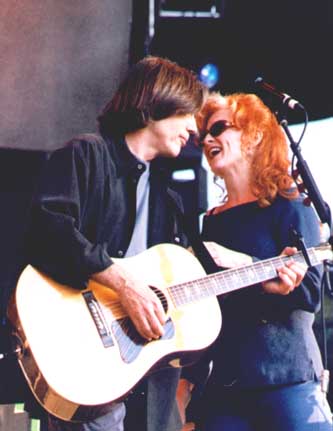 Lindley played fiddle, guitar, pedal steel, dobro and something that looked like an electric oud, and generally entertained the other musicians with his fabulous musicianship. He and Raitt staged a mock battle on slide guitars during “Thing Called Love.” By the end of the evening, Colvin was reduced to sitting backward on Hornsby’s piano bench, just watching like any member of the audience. And it was Lindley who led the group in the finale of the 20-minute encore section, a round-robin version of “Mercury Blues.”

Hornsby was one more sparkplug for the proceedings. If he wasn’t adding a strong harmony vocal or reinventing one of his own songs, he was playing accordion behind Colvin’s “Diamond in the Rough” or adding jazzy underscoring to Raitt’s plaintive “I Can’t Make You Love Me.” 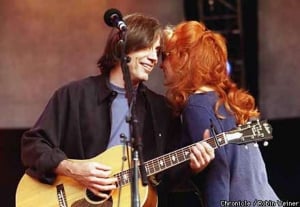 Each song had special touches: a vocal harmony, Ingram’s hand drums, guitarist George Marinelli‘s wah-wah mandolin solo. Or Lindley, once again, lighting the fire on Jackson Browne’s “Running on Empty” with a guitar solo that alone ought to win him a place in the Rock and Roll Hall of Fame.

But in the end, fittingly, none of the musicians stood out over the others. Each had supreme moments. They mixed and matched almost evenly. The collaborative mood prevailed so thoroughly, the triumph was all theirs to share. The audience was just lucky to go along for the ride.