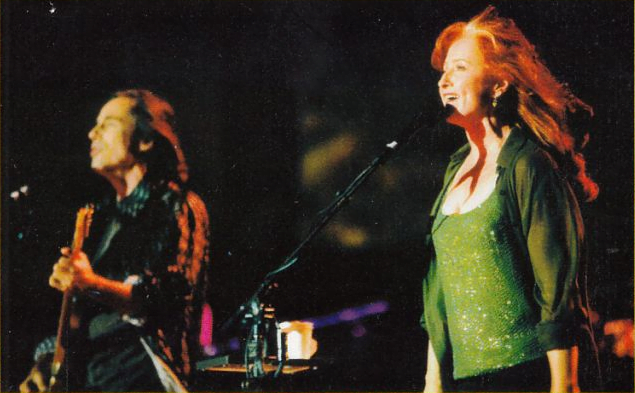 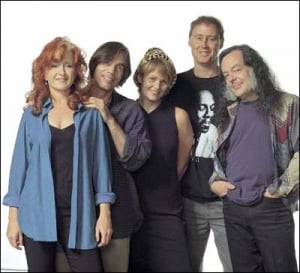 For finishing the hike with daylight to spare. For getting the lesson plan finished on time. For balancing the checkbook after a summer of winging it. For keeping cool in stand-still traffic on 65 mph speedways. This one’s for you.

Most of us couldn’t figure out just what we’d done to deserve an end of summer treat like this. We showed up wondering how five headliner musicians could possible fit in enough full sets between 7:30 and the 11 p.m. curfew to make the evening anything more than a highlight reel spliced between changing stage sets. The answer came in the decision to play one super set with the five musicians acting as one dream band. 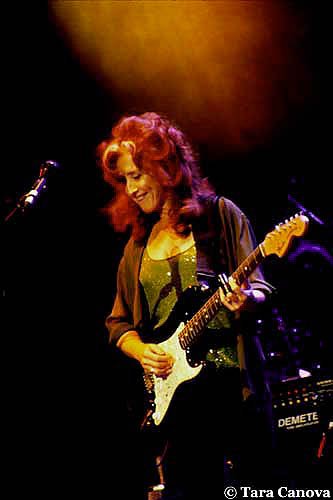 In a unique departure from other jamfests, guitar summits, nostalgia tours, or twin-billed extravaganzas with token collaborations, this gathering was more about friendship, musical admiration, and the love of a good song than anything else.

It’s too easy to simplify the evening and think of it as a study in harmony, but there was a different emphasis to this blending of the voices. Rather than an orchestration of tight vocal intervals, the joy on stage and out among the rocks was in hearing the voices of friends sharing each other’s songs.

There are few stages better suited for such a gathering of the tribes than Red Rocks Amphitheater, especially on a crisp night when summer suddenly makes its exit and the rocks positively glow with an autumnal amber. Though “Cold Shot Colvin” joked about snow flurries in the audience, and Raitt used the plummeting temperatures to demonstrate her quivering, shivering impression of Stevie Nicks, the musicians took ample opportunity to heat up the audience with plenty of upbeat rockers.

The artists took advantage of the two-day layover to mount a Webcast with the support of the House of Blues. Bonnie Raitt cautioned Internet users to “cover your kids’ ears, there’s no telling what’ll happen,” relishing the opportunity to be broadcast without having to watch what they say for a television audience. 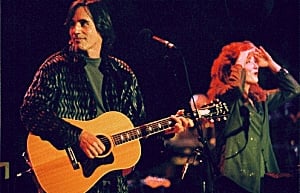 “Mostly we’re going to be singing a bunch of songs that we’ve all been waiting a lifetime to sing together,” Raitt told the crowd before launching an achingly tender version of Richard Thompson’s “Dimming of the Day” with Hornsby and Colvin accompanying her. “Kind of nice not to just have to do it for one night,” she added.

The month-long tour gave the musicians time to really play together, rather than come out for a couple power-packed demonstrations. Raitt and Lindley traded guitar leads all night, with Raitt claiming that “one of the reasons I got together with these guys was so me and Lindley could finally play some slide guitar together.” Hornsby was the musical backbone of the night, however, ubiquitous in his subtle backing of the others or mind-blowingly textured and intricate in extended solos on stretched out versions of his own songs like “A Night on the Town” and “The Way it Is.”

The sincere absence of egos made it possible for Jackson Browne to relegate himself to back-up singer on Shawn Colvin gems like “Jimmy,” or to take the stage as designated percussionist for a Bonnie Raitt chestnut like “Thing Called Love.” Likewise, Raitt didn’t mind putting her searing slide guitar aside and warming her hands tapping the tambourine on any Browne number from the reggae-tinged “Everywhere I Go” that provided a joyous opening to the show to one of the ultimate encores of all time, Browne’s late ’70s ode to the road, “The Load Out.” Colvin spent her off-time honing her Solid Gold dance moves in the background, or tirelessly “Running on Empty” while her cohorts mined their musical heritage. Colvin even took a turn on the triangle during “The End of the Innocence,” one of six encores for a perfectly sated audience that made no secret of their aim to stay, just a little bit longer.

The Perfect Attendance awards went to David Lindley on slide, lap steel, violin, bazooki, and guitar and Bruce Hornsby on grand piano and accordion, neither of whom left the stage for more than a couple of songs all evening. At one point, the awestruck Browne told the crowd if he wasn’t on stage, he’d be out there in the audience soaking it all in, and true to his word, Browne never ventured farther offstage than a perch behind the drum set where he could revel in the songsmanship of his friends.

And what a showcase for songs. With each artist contributing a handful of selections from their own songbooks, the air was pretty rare as the ensemble moved from “Shotgun Down the Avalanche” to “The Pretender,” from “Nick of Time” to “The Valley Road.” 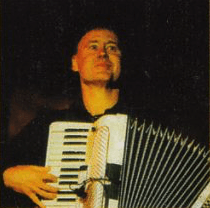 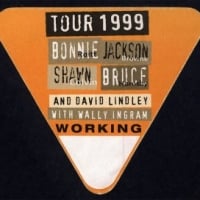 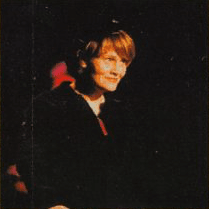 With such an elite corps of songwriters, there wasn’t too much room for honoring their peers, but the artists stepped back for the final encore, paying homage to Jerry Garcia and Robert Hunter with a beautiful rendition of “Black Muddy Water.” With the a blood-red backdrop of dripping rock, the ensemble let the evening come to a close like a warm campfire shared by friends finally allowed to burn out at the end of a long summer’s revelry. 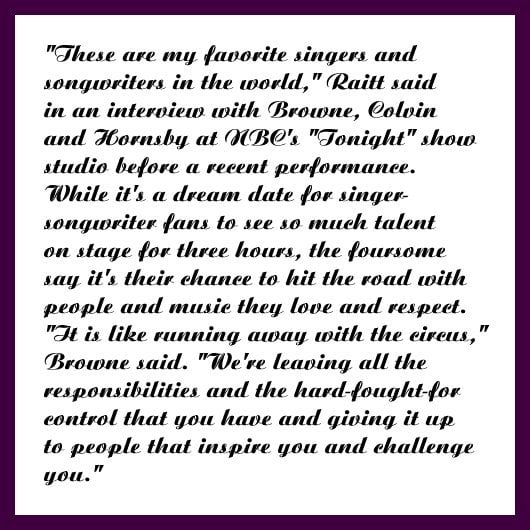 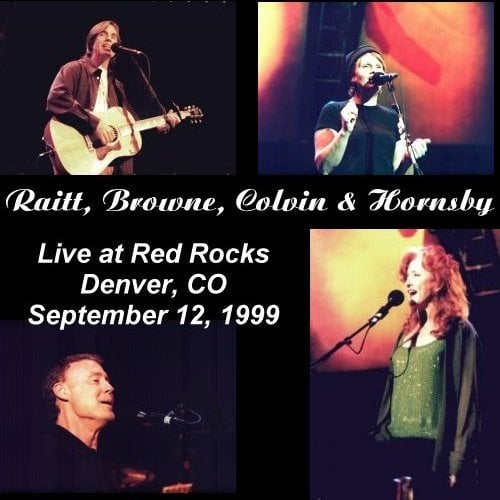 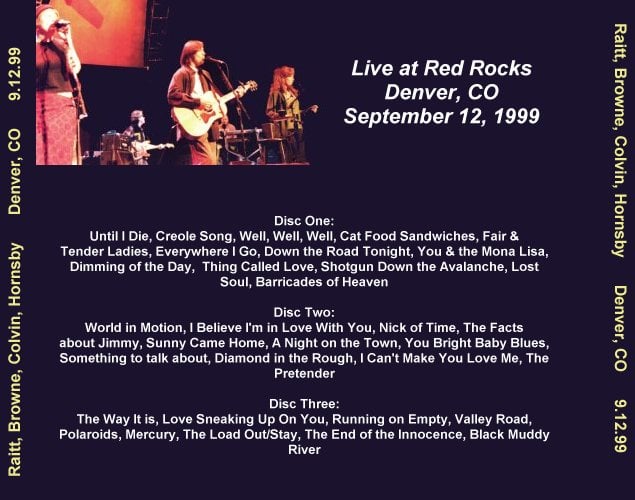