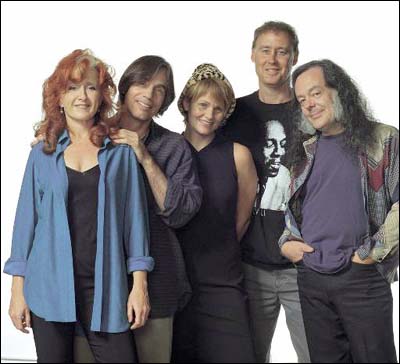 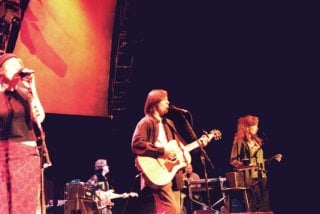 Saturday’s concert wasn’t about promoting a new CD or the usual oiling of music biz machinery. It’s just about four talented artists that love music. Jackson Browne, Shawn Colvin, Bruce Hornsby and Bonnie Raitt, whose paths often have crossed on tours and in the studio while working on one another’s albums, have packaged their mutual admiration for a 22-show tour. “These are my favorite singers and songwriters in the world,” Raitt said in an interview with Browne, Colvin and Hornsby at NBC’s “Tonight” show studio before a recent performance. While it’s a dream date for singer-songwriter fans to see so much talent on stage for three hours, the foursome say it’s their chance to hit the road with people and music they love and respect. “It is like running away with the circus,” Browne said. “We’re leaving all the responsibilities and the hard-fought-for control that you have and giving it up to people that inspire you and challenge you.” 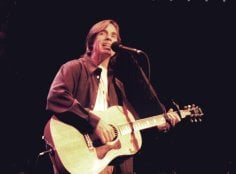 The tour, which begins Aug. 26 in Mansfield, Mass., and finishes Sept. 25 in George, Wash., grew out of benefit shows Raitt, Browne and Hornsby did together for Hurricane Mitch victims in December. They enjoyed themselves so much they decided to turn it into a longer gig. “We had such a great time,” Hornsby said. “Bonnie called me once a week for the whole month of January and said, `We have to do this. It’s too much fun, too much of a kindred-spirit feeling. We have to do this for real.”‘ They invited Colvin to join them, along with David Lindley, a longtime Browne collaborator. They’ve put together a five-piece band to back them and plan to perform a combination of one another’s music and some songs by other musicians. “It’s not like a Vegas show. This is four people playing in a living room, basically, and inviting 15,000 people,” Raitt said. 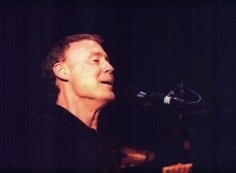 The opener, guitar wiz and musical eccentric David Lindley. Backed by equally quirky drummer Wally Ingram, Mr. Lindley spent 25 minutes displaying his love of polyester and mastery of exotic instruments. From there, it never stopped. At the close of his set, Mr. Lindley picked up a fiddle and was joined by Mr. Browne, whom he’d backed through most of the ’70s. The two men played a duet of the Appalachian ballad, “Fair and Tender Ladies.” Then Ms. Colvin appeared and the musical commune commenced. They’ll be trading vocals on one another’s songs, offering new takes on familiar material. “They’re like super versions of these songs because of the concentrated vocal power,” Browne said. “Some of my songs are just better than they’ve ever been.” The friendship and good humor they hope will characterize the tour showed through during the “Tonight” show rehearsal, when the four and their backing band broke into a playful, funked-up version of “End of the Innocence” — a Hornsby-Don Henley composition — and a semi-bluegrass take on “Amazing Grace,” complete with whoops and hollers. 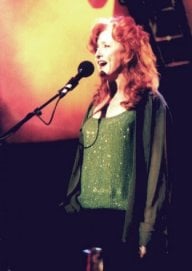 All four said they were happy to back out of the leader’s spot and blend into a band. “Anything’s a relief if you do one thing long enough,” Colvin said. “If you play solo long enough then you get to play with a band, that’s a relief. If you’re with a band, then you get to play solo, that’s a relief. “If you do your own material constantly, then suddenly there’s a world of other people’s material that you admire and love open to you, what a relief. It’s great for me to be a backup singer and a rhythm guitar player.” They’ll be recording the tour and have talked about putting out a live album or video afterward. And Colvin said they even talked about extending the quartet’s travels to Europe, Africa and Australia. The group kicked around ideas for a band name in the vein of other super groups such as the Traveling Wilburys. In the end, they decided a name would have been too confining and would detract from “something as special as this,” Colvin said. Instead, they said, they’ve simply focused on the music and having fun with musicians they’ve long admired. 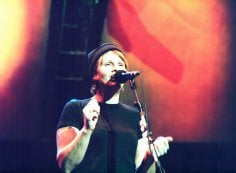 Next to the stellar Mr. Lindley, whose steel guitar remains one of rock’s most emotionally eloquent sounds, Mr. Hornsby was the night’s instrumental star. Rumbling though his blues shuffle with Ms. Raitt, “I Believe I’m in Love with You,” reeling off an extended piano solo to open “The Way It Is,” or pumping his Baldwin grand through the night’s first encore, his bluegrass arrangement of “The Valley Road,” he earned repeated ovations. Mr. Browne was a favorite of the boomer crowd. Looking no older than in his ’70s heyday, he did the title song to his best album, Running on Empty, and owned the place with the penultimate encore, the anthemic “The Load Out/Stay.” Mr. Lindley took the spotlight late in the show for a blistering “Mercury Blues” (Alan Jackson’s watered-down hit was a bad Lindley copy). Ms. Colvin shone on her “Sunny Came Home” and “Wichita Skyline.” “The combined history of these songs makes it such an unbelievable evening for all of us,” Ms. Raitt said, before snarling her slide guitar into “Something to Talk About.” 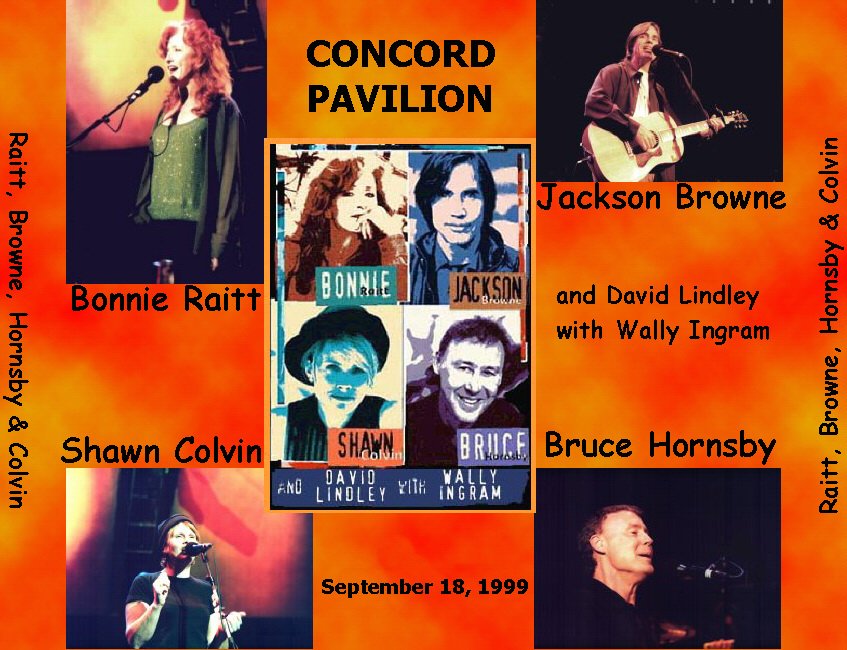 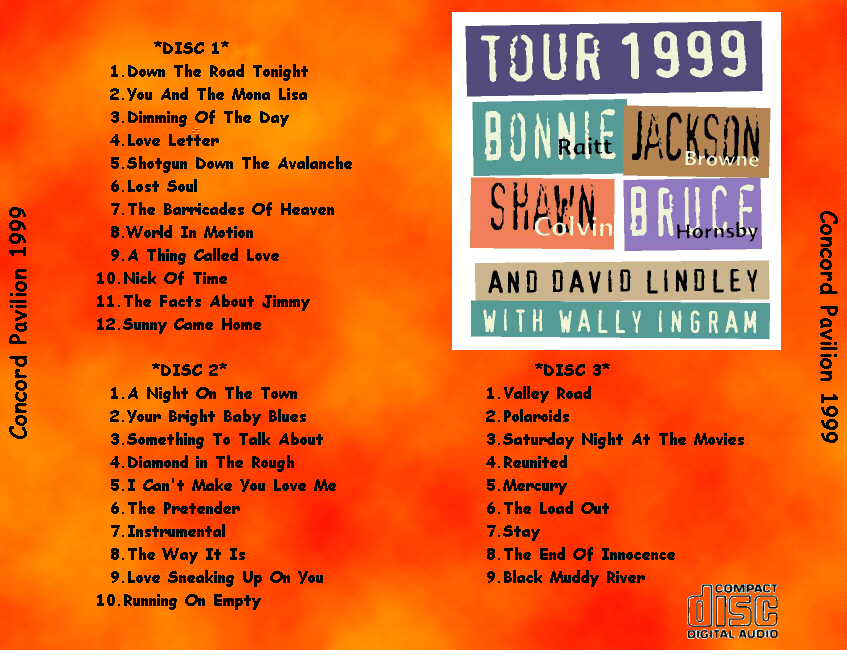 Come All Ye Fair And Tender Ladies (Jackson w/David on fiddle)
Everywhere I Go
Down The Road Tonight
You And The Mona Lisa
Dimming Of The Day
Love Letter
Shotgun Down The Avalanche
Lost Soul (Jackson, Bonnie, Shawn, Bruce each took a verse)
Barricades Of Heaven
World In Motion
Thing Called Love
Nick Of Time (Bonnie – piano)
The Facts About Jimmy
Sunny Came Home
Night On The Town (Bruce solo on piano)
Your Bright Baby Blues
Something To Talk About
Diamond In The Rough
I Can’t Make You Love Me
The Pretender
The Way It Is (Bruce – long solo piano intro, then backed by band – no other ‘stars’)
Love Sneaking Up On You
Running On Empty
-1st encore-

End Of The Innocence
Black Muddy River
The Band: