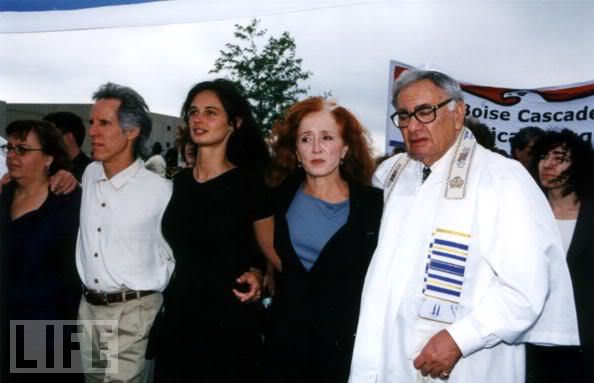 After a press conference this morning at which the activists claimed that the timber company has mounted “a crusade to silence critics of its logging practices,” the group conducted a protest at Boise Cascade’s Office Products headquarters in nearby Itasca, Illinois.

“Boise Cascade has launched a covert campaign designed to limit free speech and muzzle critics of its old growth logging operations,” asserted John Passacantando, executive director of Greenpeace USA, one of those taken into custody by police. 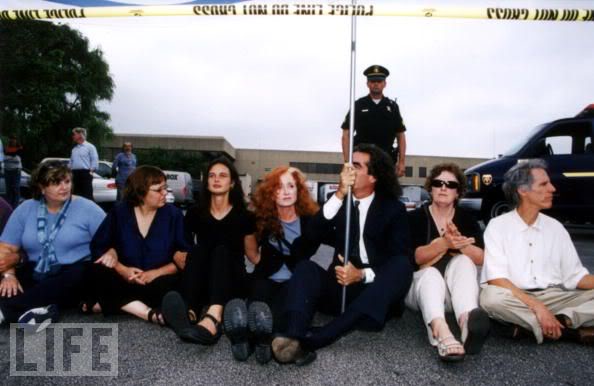 Just before being arrested…

“As an American citizen, I’m here to support our fundamental right to free speech – to peaceably encourage a healthy debate of all sides of the issues,” said Raitt, who was also arrested. “The smear tactics of attributing dangerous and illegal activities to responsible, environmental public advocacy groups clearly opposed to such tactics, I find both reprehensible and undemocratic.”

The Rainforest Action Network (RAN) says that Boise Cascade has harassed the group’s funders, and has tried to smear RAN by attempting to link the organization to acts of eco-sabotage which it did not commit. “Most recently, the anti-environmental coalition is striking at the heart of American democracy, attacking the 501(c)(3) non-profit status of organizations that participate in non-violent civil disobedience,” RAN said today.

RAN claims that because the timber company has been the target of an intense public campaign for more than a year, that Boise Cascade has begun attacking critics of its logging operations as part of an alliance with Wise Use groups Center for the Defense of Free Enterprise and Frontiers of Freedom Institute. 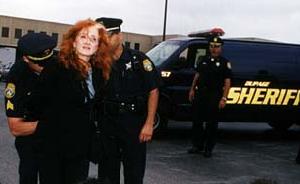 Nor is the company attempting to limit the activists’ right to freedom of speech, Moser said. “The allegations issued by them are inaccurate, misleading, and some are downright lies. They had their oportunity to speak and assemble in Itaska, we allow that happen within the limits of the law,” he said. 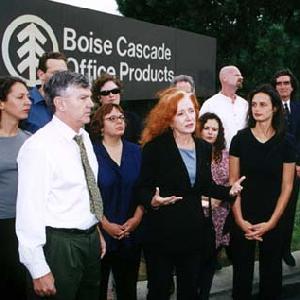 Bonnie Raitt articulates the protesters’ objections to the logging practices of Boise Cascade in Itasca today. Randy Hayes stands to her left and Julia Butterfly Hill in black is to her right.

RAN says it “adheres strictly” to the principles of non-violent protest in the tradition of Martin Luther King and Mahatma Gandhi.

The jailed protestors include five members of the RAN Board of Directors: musician John Densmore, Jodie Evans, RAN founder Randy Hayes who is president of the San Francisco City Commission on the Environment, Michael Klein, and Mike Roselle who is founder of the Ruckus Society.

Also arrested was Maria Gilfillan, a retired Chicago school teacher who says she was harassed by Boise Cascade employees after her students wrote letters to the company urging protection for forests that were threatened by a proposed Boise Cascade plant in Chile. Boise Cascade subsequently decided not to go ahead with the facility.

Also in custody are:

In a statement of support of today’s protest, film director Oliver Stone said, “Given the success of Rainforest Action Network’s campaigns to save old growth forests, it’s not surprising that the oil and timber industries are trying to shut them down. But undermining Americans’ right to peaceful protest is a gross miscalculation on their part.” 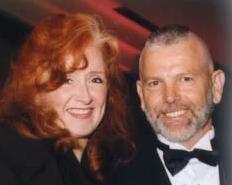 On its website, Boise Cascade characterizes environmental groups such as RAN as “extremist” and attempts to establish its own environmentally sound credentials. The company’s website slogan is “Products you use from the environment we protect.”

Headquartered in Boise, Idaho, Boise Cascade is a major distributor of office products and building materials and an integrated manufacturer of paper and wood products. The company owns and manages more than two million acres of timberland in the United States. 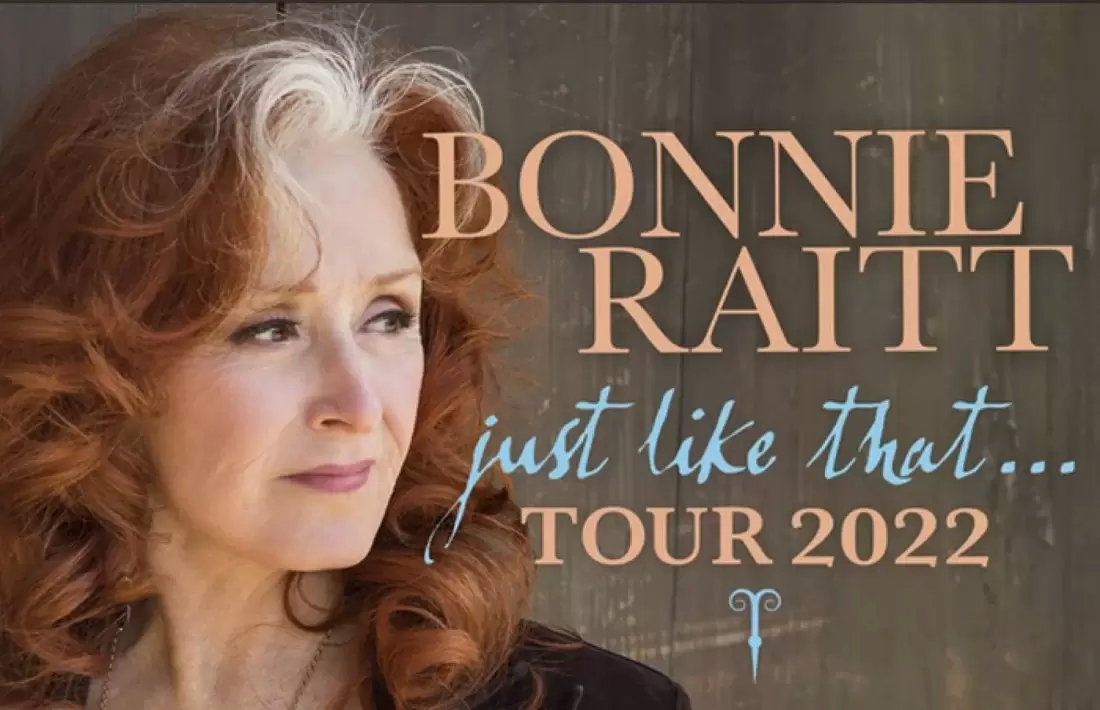 Congratulations to Blues Hall of Famer Bonnie Raitt who was honored at last night's GRAMMYs with the Lifetime Achievement Award.

“To be validated by my peers… it’s a very big celebration and I’m very grateful.” On being an inspiration and influence to other musicians, like Sheryl Crow who was inspired to play guitar after hearing Raitt play for the first time, she says “it’s hard for me to imagine because I still feel like I’m just starting out. It’s been 50 years, but you know people have been really kind. So many more women are playing lead guitar - Prince’s band, Beyonce’s band, all the late-night bands who have women musicians. It’s fantastic.”
... See MoreSee Less

New and exclusive Bonnie Raitt merch is now available for Fan Community members at bonnieraitt.com/members! You can access this shirt, along with other totes and sizes by logging into the member portal and heading to “Exclusive Merch.” The Fan Community is free and open for all to join. Check out the brand new, exclusive merchandise today! - BRHQ ... See MoreSee Less