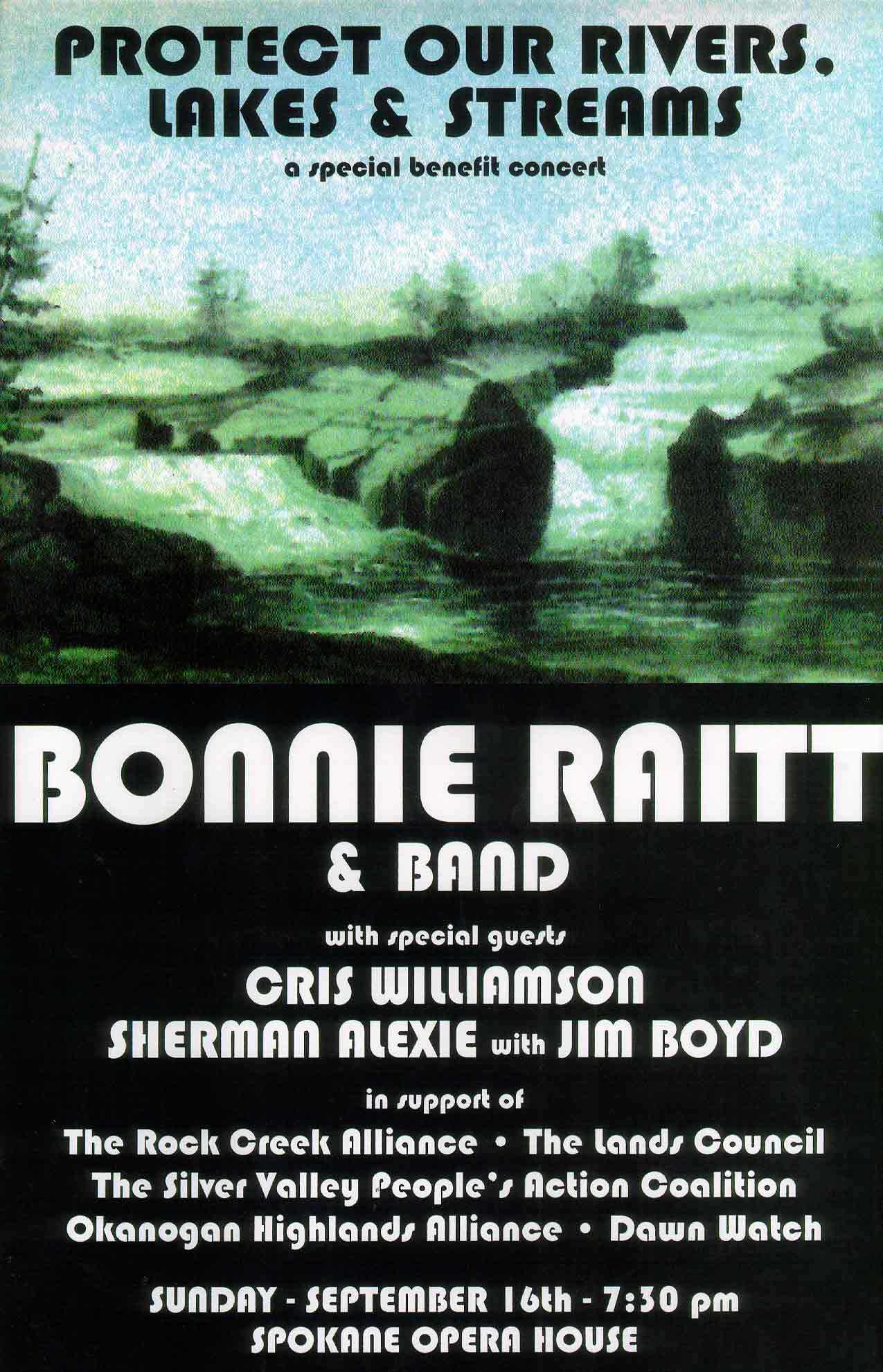 As someone who grew up in the Inland Northwest, writer Sherman Alexie has always been conscious of his connection to the cultures and landscape of the region. Whether they inform the settings and characters in his prose and films or the rhythmic patterns that drive his poetry, they are present, active forces. Tracking down the moments when he became aware of them, however, can be tricky. Nevertheless, Alexie does remember when he first became conscious of the effect that the Midnight Mine, a uranium mine on the Spokane Indian Reservation, had on his life.

“Eighth grade,” states Alexie. “When I went to seven funerals that year, and when cancer rates started really growing. And then during my early years of college, and the last 10 years or so, when the mine began shutting down and then shut down. And the cleanup efforts that involve all sorts of Catch-22, Orwellian solutions. You know, ‘Let’s clean up by bringing in lower-level waste encircling the higher-level waste. So it was the bureaucracy and the sheer – in all sorts of ways – objective evil that sort of politicized me in this.”

This Sunday night, Alexie will continue his political involvement with the region, when he hosts “Bonnie Raitt and Friends,” a concert featuring Raitt and her band, Cris Williamson, Jim Boyd and Alexie as the evening’s host. Proceeds from the event will benefit organizations working in the region to protect regional rivers, lakes and streams.

For Alexie, his involvement goes much deeper than simply the role of a master of ceremonies. “I grew up on the Spokane Indian Reservation with the Midnight Mine,” Alexie explains. “So I personally have some experience in my DNA with that particular source of radioactivity. So I’ll be talking about that in funny and not-so-funny ways. So I think I’m going to be sort of the personal voice of the program as well. I mean, it’s beautiful and wonderful that people come in to support these projects, but we also need direct testimony, so I’ll be doing that as well. 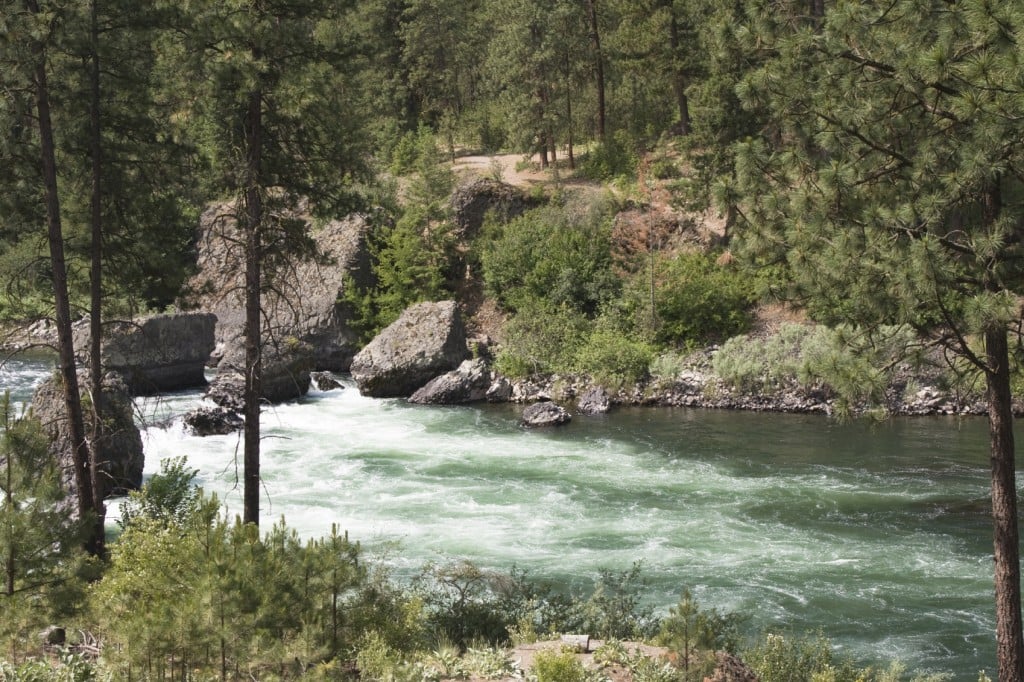 “My uncles and cousins and everybody I knew worked at one time or another at the mine on the reservation. So we were in that situation where we had lots of money, in one way, but were certainly paying for it with the damage and the cancer and the pollution that continues to this day. So in some sense, it was my first experience with politics. And looking back, I certainly didn’t have the knowledge about radioactivity and the health problems it was going to be creating. And I don’t know that the tribe really knew much about it. There was not much of a discussion back then in the ’70s when this was happening. So I guess that retroactively I’m trying to be political about this now.”

Raitt also has a well-established history of remaining politically engaged with the environmental impact of extractive industries in the Inland Northwest. Sunday night’s concert will mark her fifth visit to the region during the past six years to benefit various grassroots, environmentally protective organizations. The beneficiaries of the concert are the Rock Creek Alliance, the Silver Valley People’s Action Coalition, The Lands Council, Okanogan Highlands Alliance and Dawn Watch.

Judith Gilmore of the Lands Council explains that an event such as “Bonnie Raitt and Friends” serves a much larger need than the financial support of those organizations. “Besides money, obviously this is a priceless opportunity to do outreach in this community. We think we’ve done a really good job of educating Spokane County residents regarding the river — the concern that they should have about the health-risks at the river — and certainly have made advocates out of some of the citizens who want to see a cleanup. You can do a lot of work, you can do it every day of the week, but there’s something unique when there’s someone of star-quality — like Bonnie Raitt — who stands up and says the same thing that you’re saying. You obviously hit an audience that you may not have hit before, or what you are saying didn’t register with them like it would if individuals who admire Bonnie Raitt and her talent come to hear her, and hear her say the same thing that your organization has been talking about.

“I think sometimes some people feel very compelled at the moment, and certainly that evening. They feel very generous, and they like being generous because they feel like they’re getting something in return, and that return will be some excellent entertainment by Bonnie Raitt and friends. In this organization’s history, however, we find that when we have individuals that come to something like this event, that when we think that their interest would be short-term, they get caught up in the spirit and the need, and they find that possibly this situation — such as heavy metal pollution in our river — which they thought was such an overwhelming task, they begin to recognize by attending something like this just what they could do. Either through opening their checkbooks or by saying, ‘I want to come and give you a few hours a week or a few hours a month, as a volunteer.’ All of those things add up of course to great assistance to nonprofit organizations.”

For someone like Alexie, a political stance and the actions that stance prompts are an essential part of an artist’s work. “You have to work really hard not to be politically engaged in your art,” Alexie chuckles. “So whenever I see somebody whose work has become apolitical, or who speaks of being apolitical — they have to work really hard to ignore the social conditions on the planet. It’s easy to be involved in the world; you just look out the window and write the poem. I am who I am, and everything I think and believe, and all my lies and illusions, are all wrapped up in my art. And because I’m a politically active person, my art’s going to be politically active.

“It’s so easy to call somebody who’s politically committed angry; it’s just shorthand. I’m committed to social change, and if people want to call that angry — fine. But it’s just a label. And I do it through any number of ways: through anger, through iambic pentameter, through punchline, through movies and poems and stories. I’m a much more diverse voice than somebody that can be called just angry. The people who are going to be turned off by the politics in my work would be turned off by me. The people who get uncomfortable in the presence of somebody’s dissent are people who are very comfortable where they’re at and don’t want anything to change. And the whole purpose of art, I think, is to knock the shit out of the comfortable.”

Bonnie Raitt Shakes it Up