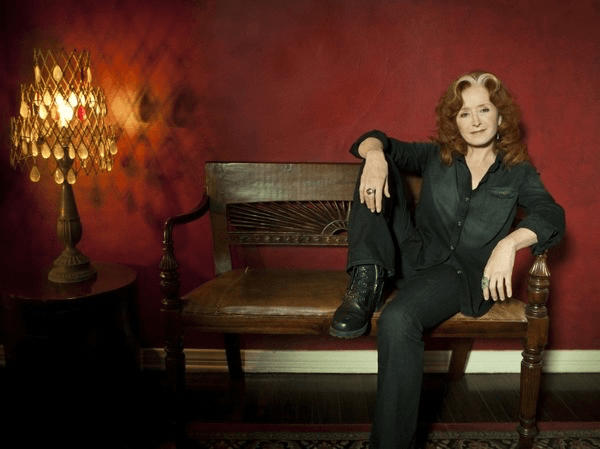 The American blues singer has toured extensively for nearly ten months out of each year she’s been active, won ten Grammy Awards and released an arsenal of material. Last year’s Dig In Deep was the singer’s 20th album release, an addition to a discography that includes several original, live and best of albums. On top of her music, Raitt is a well-known activist and spokesperson for several socio-political causes. All this spanning a nearly 50-year career.

After all that, Raitt can be forgiven for losing track and forgetting when she last graced our shores. “Let me see what I’ve got here,” Raitt says, checking her emails from her California home. “Last time we were in Australia was 2013, that was our last cycle and coming out this year is part of our second – math was clearly not my topic.”

Raitt is headed down under for this year’s Bluesfest at Byron Bay, as well as a string of solo shows in selected cities, Melbourne included. Touring gets more and more taxing for Raitt and her band of 30 years, but the beauty of being successful, she says, is that she can pick and choose her appearances. “Thank God for the internet. If you click on it and bring up all the different shows I’ve done, that’s when I realise how many months we’ve ever spent on the road.

“The good thing about having more success is you can get everyone home to see their families, which is really helpful to maintain your relationships. Once you get the buses running with the sound and light and stuff five shows a week is how you keep it going – I like playing multiple nights but I wouldn’t want to play six on, six off.”

Keeping her touring life varied with festivals and solo shows, Raitt agrees she has the best of both worlds, with opportunities to explore different styles of live performance. “You can play more ballads and an acoustic section in a theatre, and you can have that beautiful quiet mood,” Raitt says.

“If you’re going to play a long set and everyone’s been standing in the rain or sweating in the sun for five hours, it’s going to be more rock ‘n’ roll. I enjoy both, they’re just different sides of the same coin.”

Like her live shows, Raitt’s career has been of an eclectic persuasion, effortlessly mixing genres without inserting herself in to any one label – but how has she maintained such variation? “My tastes are all over the map. I don’t do speed metal or progressive rock,” she laughs. “I love Brazilian, Celtic, gypsy, Indian, it all seeps in. I love the blues and rock‘n’roll, I love a great song by a great balladeer but singer/songwriter is where I live.

“I came out of folk music and blues, I have a lot of respect for great music and performing – I’d get really bored sticking to any one of those genres.”

With so many styles having already been addressed, one would think Raitt would soon run out of ideas – however, the singer is adamant that is not the case and still has a whole host of ideas for more albums. “There’s some music from West Africa I’d love to collaborate on, and Indigenous music in South Africa. I think to go out there and do some of that would be amazing.

“The world situation being so much more hairy in terms of safety and visas, makes it difficult for international musicians like us to travel easily. If I want to record that kind of music, I’ll have to go there, and who knows what the world will be like by then.”

By Anna McCollum Shake ‘Em On Down: The Blues According to Fred McDowell A Documentary Film by Joe York & Scott Barretta Documentary

By Sjarif Goldstein  Success is a wonderful thing, but too much success can be a curse of sorts. When veteran musical artists