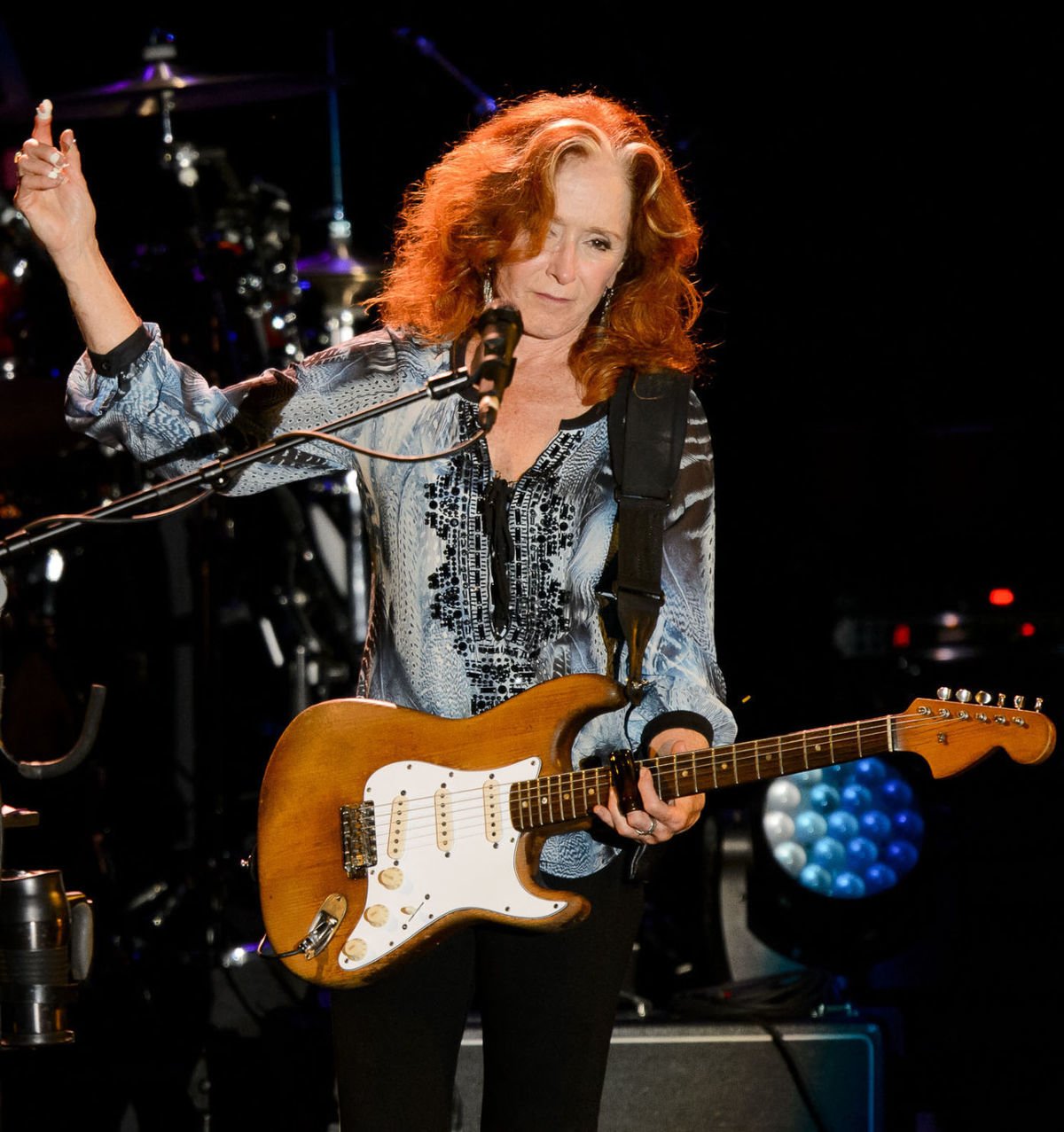 Bonnie Raitt sat on a stool in the middle of the Pinewood Bowl stage Tuesday, getting ready to play an out-there version of J.B. Lenoir’s “Round and Round.”

But before she could kick off the blues, she had to wipe down the neck of her acoustic guitar.

“It’s moist here in Nebraska,” Raitt said. “I thought it was dry.”

That got some quips from the 3,500 who were able connect with Raitt from the instant she and her fine band started playing a blues rock version of INXS’s “Need You Tonight.”

That’s one of the songs on “Dig in Deep,” Raitt’s new album, which she mined extensively in Tuesday’s engagingly relaxed show that was like none other she’s done on her summer tour.

“It’s too dark to read the setlist,” she said. “I’m messing around with the setlist.”

That was clear when she called out “Let’s do ‘Unintended,'” sending the band scrambling to “Unintended Consequence of Love” from “Dig in Deep.”

That record provided a pair of the night’s highlights, a Rolling Stonesish’ version of her political rocker “The Coming Round is Goin’ Through” that found Raitt doing all her Keith guitar moves and a killer take on Los Lobos’ “Shakin, Shakin, Shakes.”

Then Raitt brought out Richard Thompson, who opened the show with a brisk 45-minute rock set with his trio for two songs, including a gorgeous acoustic guitar version of his “Dimming of the Day.”

The night’s other moment of beauty was Raitt’s moving country arrangement of “Angel from Montgomery,” her signature song.

Other highlights of the concert that ran to nearly 2 hours included a get ’em dancing version of “Something to Talk About,” a raucous Fabulous Thunderbirds cover, Raitt on piano on the set closer “What You’re Doin’ to Me.”

Raitt returned with a stunning brushes-on-snare, piano chiller, “I Can’t Make You Love Me” and then stepped to the piano for her swaying recovery rock ballad “Nick of Time.”

Raitt is a roots music treasure who works in a personal blend of blues, rock and R&B with a shade of country and pop.

That’s precisely Raitt and her band delivered on a sultry night in the venue in the park, which she loved.

“That breeze feels good,” she said during the encore. “In a half hour, let’s all meet at the lake.”