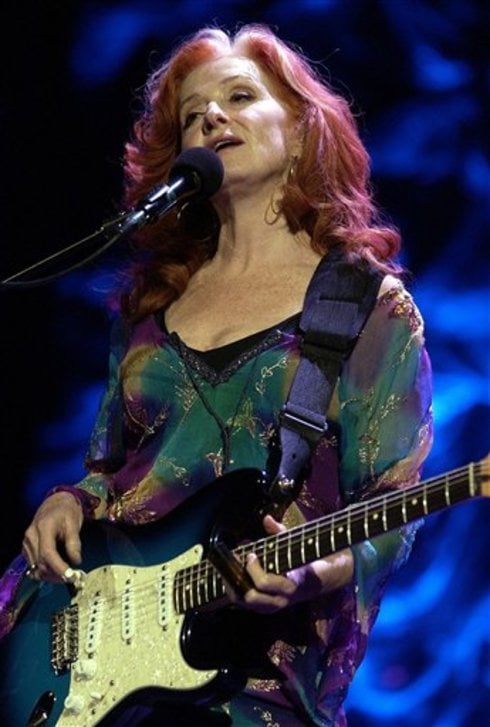 Grammy-winning guitarist-singer Bonnie Raitt celebrated a special anniversary Thursday night with an inspired show that had a near-sellout crowd dancing in the aisles of Phoenix’s Dodge Theatre.

“This is my 19th year of sobriety today,” Raitt said after playing two songs from her strong new album, “Souls Alike.” “It seems like only yesterday,” she added with a laugh.

Raitt’s victory over alcohol came just before her five-Grammy comeback coronation in 1989, and she’s been a solid concert draw and million-selling artist ever since.
While she happily doled out versions of big hits from those days on Thursday, including “Something to Talk About,” “Nick of Time” and “Love Sneakin’ Up on You,” Raitt clearly was grooving on the selections from her latest CD, released in September.

Playing her slippery slide guitar and backed by a band that included New Orleans piano wizard Jon Cleary, Raitt opened with a smooth version of the new “Unnecessarily Mercenary.” Like many of the songs she has recorded (this one was written by Cleary), the tune takes a clever view of the human mating game. 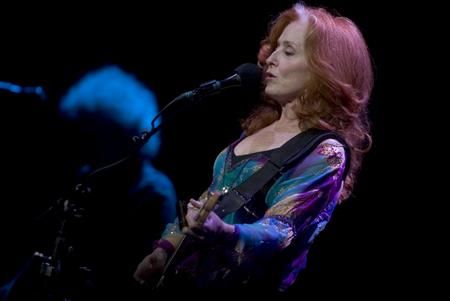 Wearing blue jeans, a long, colorful blouse and with her trademark red hair flowing down her back Raitt, stretching beyond the bluesy rock that has become her trademark, played a sleek take on another new tune, “God Was in the Water.”

With 35 years of performing under her belt, Raitt’s stage presence and vocal delivery couldn’t be more self-assured. Her singing on the inspirational “I Will Not Be Broken,” also from “Souls Alike,” seemed effortless yet emotional.

She challenged the baby boomer-heavy crowd with her new album’s most adventurous song, “Crooked Crown,” featuring syncopated guitar work by George Marinelli, and received a positive response, as was the case throughout her 105-minute set.

Cleary, a respected recording artist in his own right, and Raitt are clearly musical soulmates. His exquisite playing complemented her vocals at every turn, whether on a blues classic like Sippie Wallace’s “Women Be Wise” or the bittersweet new ballad “The Bed I Made.”

She slid over to play piano as Cleary laid down soulful organ on “Nick of Time,” grinning widely as her partner played.

Raitt dedicated that song to her parents, Broadway singer John Raitt and pianist-vocalist Marge Goddard, both of whom died in the past year. “They’re in me when I sing, and they always will be,” the 56-year-old singer said.

Raitt remains one of the elite slide guitar players of her generation, and she showed off her stuff repeatedly Thursday.

At one point, she shared the spotlight with Irish singer-guitarist Paul Brady on two of his compositions that became Raitt hits, “Luck of the Draw” and “I’m Not the Only One.”

Brady earlier captivated the audience with his folk-flavored opening set, which included songs from his latest album, “Say What You Feel.”

He sent “Living For the Corporation” out to “the new Irish corporate class.” The song questions the value of working long hours when it takes a toll on relationships.

The theater went silent when Brady played soft electric piano and sang “Locked Up in Heaven,” in which a happily married man looks back on the days when he ran wild and free.

This was an evening of music for mature listeners, and a damned good evening at that.