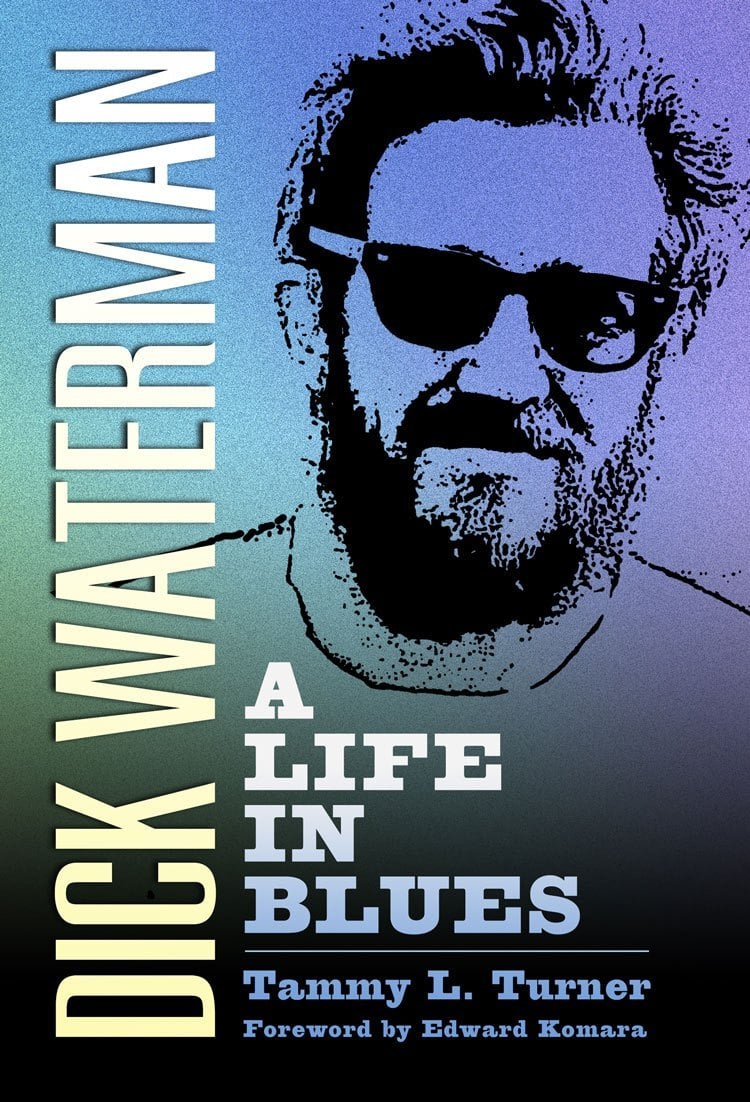 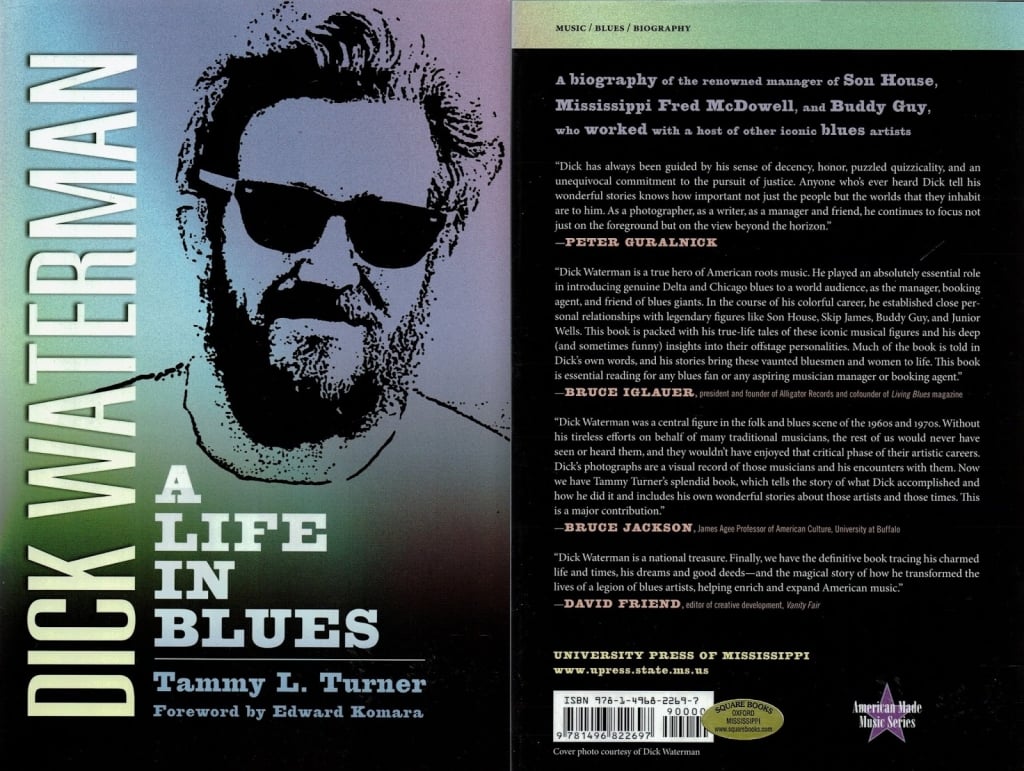 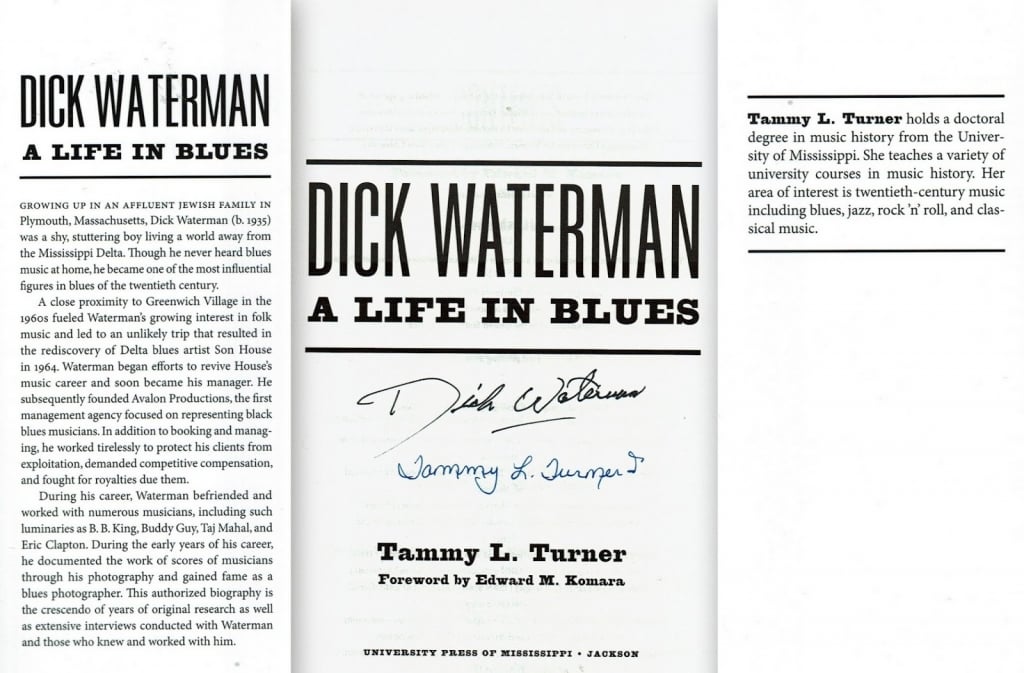 From Massachusetts to Mississippi in Tammy Turner’s ‘Dick Waterman: A Life in Blues’

In simply stating, “anyplace they give you food through iron bars is going to be good food,” Dick Waterman encapsulates himself. Tammy L. Turner’s Dick Waterman, A Life in Blues demonstrates his belief in getting the most of life. Nothing ventured, nothing gained.

A member of the Blues Hall of Fame, Waterman managed, booked, and/or photographed essentially the entire Delta Blues revival as well as the electric blues apex of the 60s. Who else could write B.B. King’s biography, introduce unreleased Robert Johnson tracks to Eric Clapton, or receive an apology from Bill Graham? Guided by his level head and committed heart, Dick made many allies and musical history.

As a young stutterer in Massachusetts, Waterman found full expression in the written word. His Boston University journalism degree initially landed him sports and financial assignments near Greenwich Village and Cambridge. Dick bore witness to each areas’ historic folk explosion.

The heady minimalism tangentially included Delta Blues. A dialed-in segment became keenly interested in the solo acoustic blues artists of the 20s and 30s. When it came to light that certain members of the anointed may still be living, the quest was on.

Waterman supplemented his early career by freelancing music features and part-timing with the agency handling the rediscovered Rev. Gary Davis and Jesse Fuller. Based on hearsay, he backed into his life’s work.

During a Boston stint in ‘64, someone heard Bukka White say that Ma Rainey saw Son House at a Memphis movie theater recently. Contemporary of Charley Patton and Robert Johnson, Son House stood prominent among the original guard. The notion he was alive created urgency.

Eschewing foresight, Waterman, a computer programmer, a future guitarist of Canned Heat, and the eventual owner of Yazoo Records and Blue Goose Records, all jumped in a Beetle headed for Memphis.

A week roving Memphis and Tunica County produced a phone number. House’s stepdaughter in Detroit explained he’s been living in Rochester, NY for years. They got back in the car.

Upon arrival, they had no problem meeting and field-recording House. But while others in the party felt satisfied, Dick wondered what would become of him. Where’s the recognition? He used those tapes to secure a booking at that year’s Newport Folk Festival.

When these artists traveled to Boston, they stayed at Waterman’s apartment. On one occasion, a friend arrived to visit Son House. He brought a Radcliffe student named Bonnie Raitt. When Buddy Guy and Junior Wells played support on The Rolling Stones’ 1970 European tour, Dick asked Bonnie to join him. She would never register for another semester. Their romantic relationship would evolve to a strictly professional one, and Waterman booked Raitt’s gigs through the mid-80s.

Over the years, talent rosters dwindled, and the music landscape changed. In 1984, Bill Ferris, then Director of the Center for the Study of Southern Culture at Ole Miss, invited his old friend Dick to present his photos at a brown bag lecture. They first met when Bill was in grad school at Penn.

Within two years, Waterman moved to Oxford for a fresh start and a return to his roots. He dabbled in promotion, scored a weekly column with the Oxford Eagle, pulled out his cameras for the first time in 20 years, and began marketing his classic shots. Today, Dick still calls The Velvet Ditch his home.

By interweaving primary source and narrative, Turner recounts Waterman’s incredible achievements and hilarious horror stories and, in every case, exhibiting how his conscientiousness benefited the perpetuation and documentation of American music.