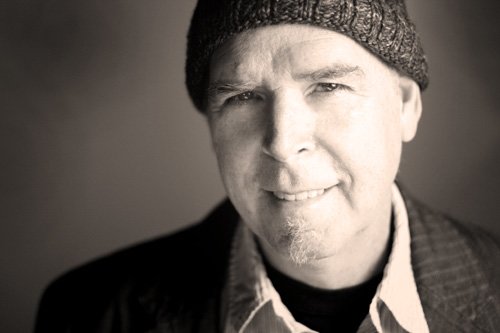 Kenny Edwards, a founding member of the Stone Poneys country-rock band that launched Linda Ronstadt’s career and a valued supporting guitarist and singer for Stevie Nicks, Don Henley and numerous others, died Wednesday after battling cancer and a blood disorder in recent years. He was 64.

Edwards had collapsed earlier this month in Denver while on tour with singer-songwriter Karla Bonoff, a longtime musical partner. He was diagnosed with the blood disorder thrombotic thrombocytopenic purpura, or TTP, and also had been undergoing chemotherapy for prostate cancer. He was hospitalized in Denver, then air-lifted to a hospital near his home in Santa Barbara, where he died.

“He was always a beacon to me,” Ronstadt said Thursday. “He introduced me to so much stuff, and his opinion always counted a lot to me.”

She credited Edwards with creating the musical framework for her only No. 1 single, “You’re No Good,” in 1974.

“He came up with that guitar and bass idea that gave it a very different sound, and really gave Andrew [Gold] and Peter [Asher] something to build on….When he and Andrew started singing together with me, that became a really important part of my sound. He was always a really good ensemble player.”

Shortly after the Stone Poneys disbanded after their 1967 breakthrough hit “Different Drum,” which established Ronstadt as a rising star from the nascent Southern California country-rock scene, Edwards teamed with singer-songwriter Wendy Waldman, Bonoff and Gold to form the folk-rock band Bryndle. Bonoff issued a statement Thursday thanking Edwards “for being my teacher, my musical partner and my best friend for the last 43 years.”

“There was a certain attitude toward music, a hybridization of styles, that came out of Kenny’s blood,” Waldman said. “He was so significant in the building of Ronstadt’s sound.”

Kenneth Michael Edwards was born Feb. 10, 1946, in Santa Monica, the son of Kenneth Clyde Edwards and Mary Carol Edwards. He grew up in the nearby Mar Vista neighborhood, attended Venice High School, learned to swim in the Pacific Ocean and was a lifelong surfer, but early on music became a passion, sparked by nightly guitar-playing sessions with his father.

Barely out of high school, he formed the Stone Poneys in 1965 with Bobby Kimmel, a Tucson musician who had moved to Los Angeles to explore the burgeoning folk-rock scene that had been spearheaded by the Byrds and would soon yield Buffalo Springfield and later the Eagles, who were Ronstadt’s backing singers and musicians before the group’s own career took off.

Edwards and Kimmel worked for a time at McCabe’s Guitar Shop in Santa Monica, which was a hub for musicians as well as fans of folk, country, bluegrass and blues music. “My friend Bobby Kimmel said, ‘I know this great singer from Tucson, why don’t we see if the three of us can hit it off?’ ” Edwards told the Monterey County Weekly last year. “We certainly did.”

With Ronstadt on board, the Stone Poneys recorded “Different Drum,” written by Monkees member Mike Nesmith, and watched it rise to No. 13 on the Billboard national Hot 100 sales chart. They put another song, “Up to My Neck in High Muddy Water,” in the Top 100 before the Stone Poneys called it quits.

Bryndle landed a deal with A&M Records, but the label decided not to release the debut album the quartet recorded. They reunited in 1995 and belatedly issued a new album to serve as Bryndle’s debut, and toured the United States and Japan.

After Bryndle’s first career phase fizzled, Edwards rejoined Ronstadt and suggested she record songs by his former band mate Bonoff, whom Ronstadt subsequently turned to repeatedly over the years. When Bonoff got her own deal as a solo artist, she asked Edwards to produce her 1977 debut album.

Edwards was known during the ’70s primarily as a guitarist and singer, but in 1976 he collaborated with Ronstadt and her father as a songwriter on “Lo Siento Mi Vida,” a ballad from her “Hasten Down the Wind” album that reflected a shared love for the Mexican music that also was part of the cultural stew surrounding him as a youth in Southern California.

Edwards downplayed his abilities as a singer and a songwriter for years until he put out his debut solo album in 2002.

“Whatever humility or self-doubt he had, he put it out there,” Waldman said. “I always thought he was a great singer, and a great songwriter. He got better over time, which was really fantastic. But I always thought he was great…. He was my main musical ally and chief songwriting collaborator. I was counting yesterday, and every single record I’ve made since ’91 or ’92, I worked with Kenny on.”

Edwards is survived by his mother.

A multi-artist performance Sunday at Zoey’s Café in Ventura, which had been booked before Edwards died as a benefit show to help pay his medical bills, has been converted into a memorial concert.